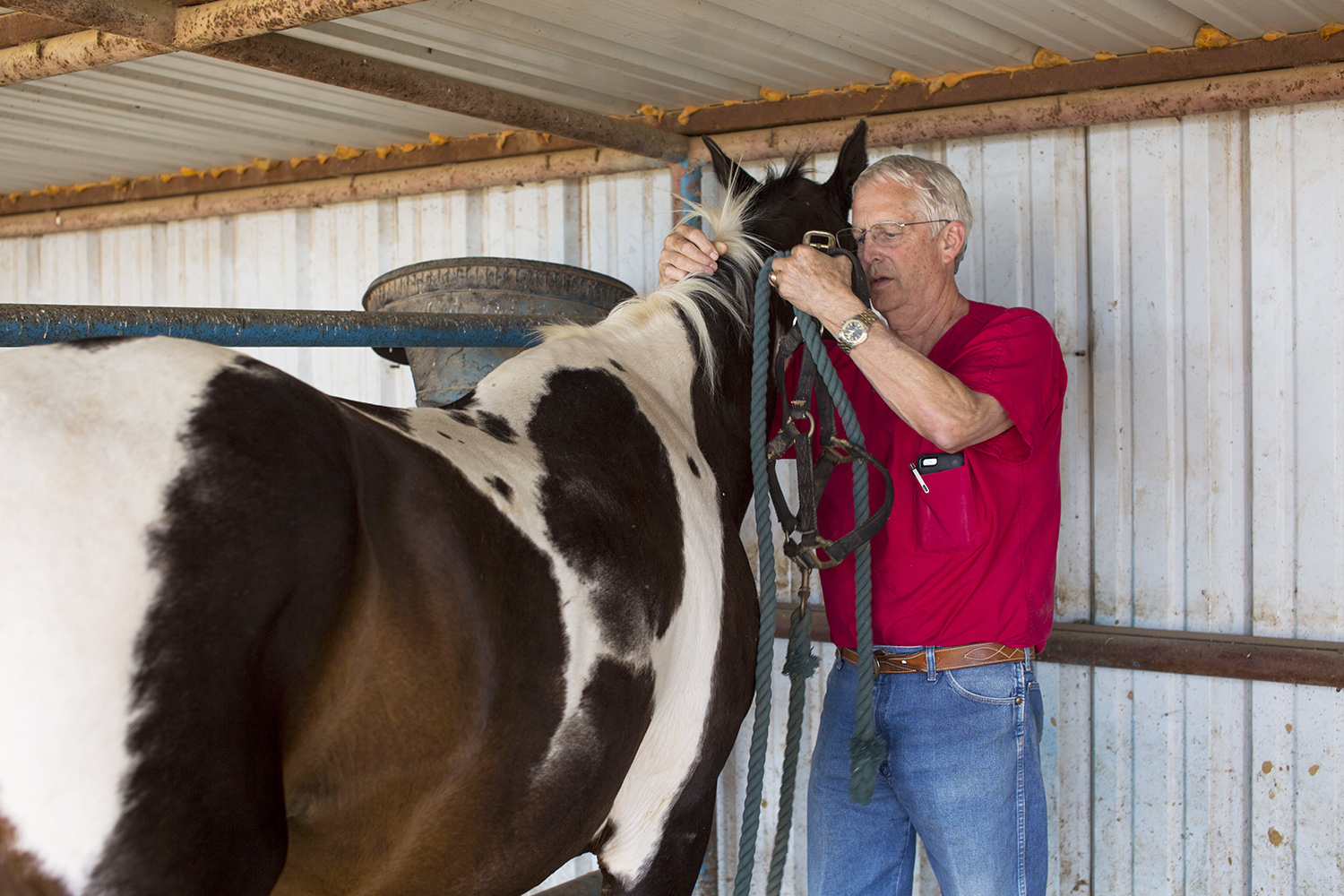 Texas Tech University has an innovative, cost-efficient model for a new School of Veterinary Medicine that will address these increasing demands.

In 2000, Larry Moczygemba, a veterinarian from Beeville in South Texas and former past president of the Academy of Rural Veterinarians (ARV), formed a panel with five other veterinarians to examine the issues they were facing because of a shortage of rural veterinarians. A documented problem since as early as the 1970s, the subject has again drawn widespread attention in the late 20th and early 21st centuries.

After speaking with academic leaders, professors, deans, students and rural sociologists at every veterinary school in the nation, the panel determined there were several factors contributing to veterinarians not choosing to serve rural areas. Those factors boiled down to a changing demographic of veterinary students, increased student debt, a lack of relevant large-animal curriculum and an admissions process not conducive for rural students.

Additionally, with the retirement of long-time practicing veterinarians and fewer incoming and newly licensed veterinarians to replace them, the number of rural veterinarians had drastically declined. Not only was this an economic threat, but also a security risk as well.

"Veterinarians are uniquely qualified to identify and look for foreign animal disease," Moczygemba testified before the Texas Senate Subcommittee on Agriculture, Water and Rural Issues. "We stand the risk from the avenue of bioterrorism for intentional introduction, then we also have incidental introduction. There are a lot of communities and ranchers that are turning to laypeople for their veterinary needs, and we are blinding ourselves to this biosurveillance tool."

As a result of these common themes, the number of practicing veterinarians in the country began to shift in terms of demographics, creating a maldistribution of veterinarians. An overwhelming majority of veterinarians were going to practice in urban and suburban areas, particularly serving small animals, and not livestock in rural areas.

In the 19 years since the ARV formed its panel, the workforce demands and disproportionate make-up for veterinarians in Texas have steadily increased. The problem has since been reaffirmed in multiple reports and findings from entities such as the American Veterinary Medical Association, National Academy of Sciences, U.S. Government Accountability Office and Texas Higher Education Coordinating Board, among others.

Since 1990, the number of graduates from the state's existing veterinary school who account for the number of veterinary licenses issued by the Texas Board of Veterinary Medical Examiners (TBVME) has dropped dramatically from 80 percent to 24 percent.

"The existing doctorate of the veterinary medicine-granting institution within Texas is not keeping up with – and cannot keep up with – the number of new veterinarians needed in Texas," said Ryan Williams, an assistant professor in the Department of Agricultural and Applied Economics in the Texas Tech University College of Agricultural Sciences & Natural Resources. "The demand for veterinarians and veterinary education in Texas has grown beyond the capacity of any one institution."

So if the one and only veterinary school in Texas can't meet the demands, who can?

Many in the industry are in agreement that Texas Tech can.

A Texas Tech veterinary school is poised to provide rural areas with veterinarians who ranchers and farmers can build a relationship with and count on to serve the growing needs of their industry. The Texas Tech School of Veterinary Medicine in Amarillo employs an innovative, world-class model to specifically address the critical shortage of veterinarians, an issue threatening small, regional and agricultural communities throughout Texas. It is designed to be a cost-efficient program that will attract and train students with a passion for rural veterinary care and graduate career-ready veterinarians.

"From all the facts that I can gather, there is a shortage, and it is real, not imagined," said rancher and cattle raiser Coleman Locke of Hungerford, Texas. "More than one veterinary school would address that."

But Hancock isn't his veterinarian's only client, and Texas isn't the only state he serves.

"He goes into Eastern New Mexico and up through Hereford, serving mainly dairy cattle," Hancock said. While he's added more veterinarians, Hancock said he struggles to hire them because many want to go back to where their families are located.

"I think that a vet school somewhere in the Texas Panhandle, closer to where the animals are, where vets can stay with their families and where their roots are, would be a great benefit not only to the cows, cattle and animals, but also the dairy farmers, to the consumers, to the communities in that area and to the great State of Texas."

According to information in Texas Tech's feasibility study, the Bureau of Labor Statistics (BLS) predicts the nationwide demand for veterinary employment will grow to 18.1 percent through 2026. The projected rate for job market growth in Texas will be 18.9 percent with the creation of 900 new positions from 2014 to 2024.

Much of that anticipated job growth will be driven by an increasing demand for animal protein. But the heavy distribution of veterinarians in urban areas is projected to create an excess workforce demand in small, regional and agricultural communities across Texas.

Texas Tech plans to help meet those demands with the new School of Veterinary Medicine, and industry partners are on board with Texas Tech's initiative.

"It would go a long way toward solving the problem of (the shortage of) rural large animal veterinarians, for a number of reasons," Locke said.