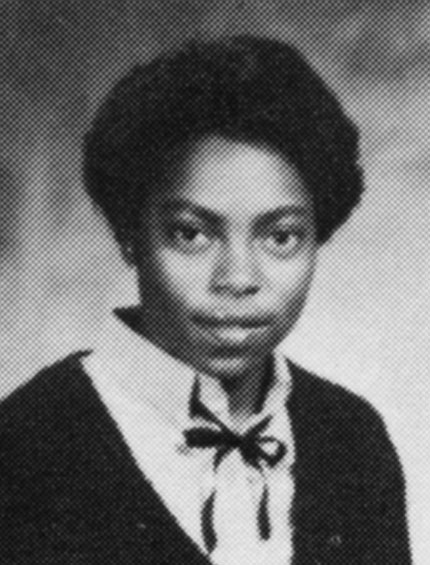 On Nov. 7, 1981, Bruner, a two-time All-American long jumper, became the first African-American to be crowned homecoming queen at Texas Tech.

When Sharon Moultrie Bruner, then just Moultrie, graduated from Pampa High School in 1978, the track and field athlete turned down the one scholarship offer she had received. Instead, she became a walk-on at Texas Tech University.

"I really didn't think I could make it when I first went out for the team at (Texas) Tech," Bruner told the Pampa News four years later. "But I decided to give it my best try."

"Best try" can mean a lot of things. For Bruner, whose achievements would include becoming the university's first African-American homecoming queen in 1981, it meant breaking records and breaking ground, both on and off the field.

Bruner got her start in track and field as a long jumper for Pampa High. She began running her sophomore year of high school, then began working on her long jump during her junior year. By the time she graduated, she already had set a long-jump district record of 18 feet, 2.5 inches.

At Texas Tech, it wasn't long before Bruner was getting noticed on the field as a top long jumper and sprinter, and as part of the 440-yard relay team. In an article in The University Daily in April 1979, Coach Beta Little spoke highly of her "secret weapon" on the women's track and field team: Bruner, the walk-on overlooked by recruiters, who was running faster and jumping farther than almost every other member of the team.

"We are fortunate to have Sharon on the team this year," Little said. "She is the kind of athlete every coach dreams about: a good team member, helpful, hardworking and a great asset to the team. She is agreeable to do whatever is necessary to help the team."

Bruner wrapped up her freshman year at Texas Tech with a first-place long jump in the state, qualifying for nationals and earning a full track scholarship from the university. During her time at Texas Tech, she qualified nationally multiple times in sprint and jumping events and earned numerous honors and awards.

In 1981, she earned her first All-American honor after placing sixth in the long jump at the Association for Intercollegiate Athletics for Women national championship meet. She also made history as Texas Tech's first female athlete and first African-American student to be crowned homecoming queen on Nov. 7, 1981.

In 1982, Bruner, then a senior, earned her second All-American honor after again placing sixth nationally in the long jump. That May, the women's athletic department named her Outstanding Senior Athlete for 1981-82.

Bruner is just one of many African-American groundbreakers at the university, including:

She has spent her life since then as an educator, including more than 30 years at South Grand Prairie High School, where she has coached boys' and girls' cross country and girls' track to several regional and district championships and has earned multiple honors, including Coach of the Year and Teacher of the Year.