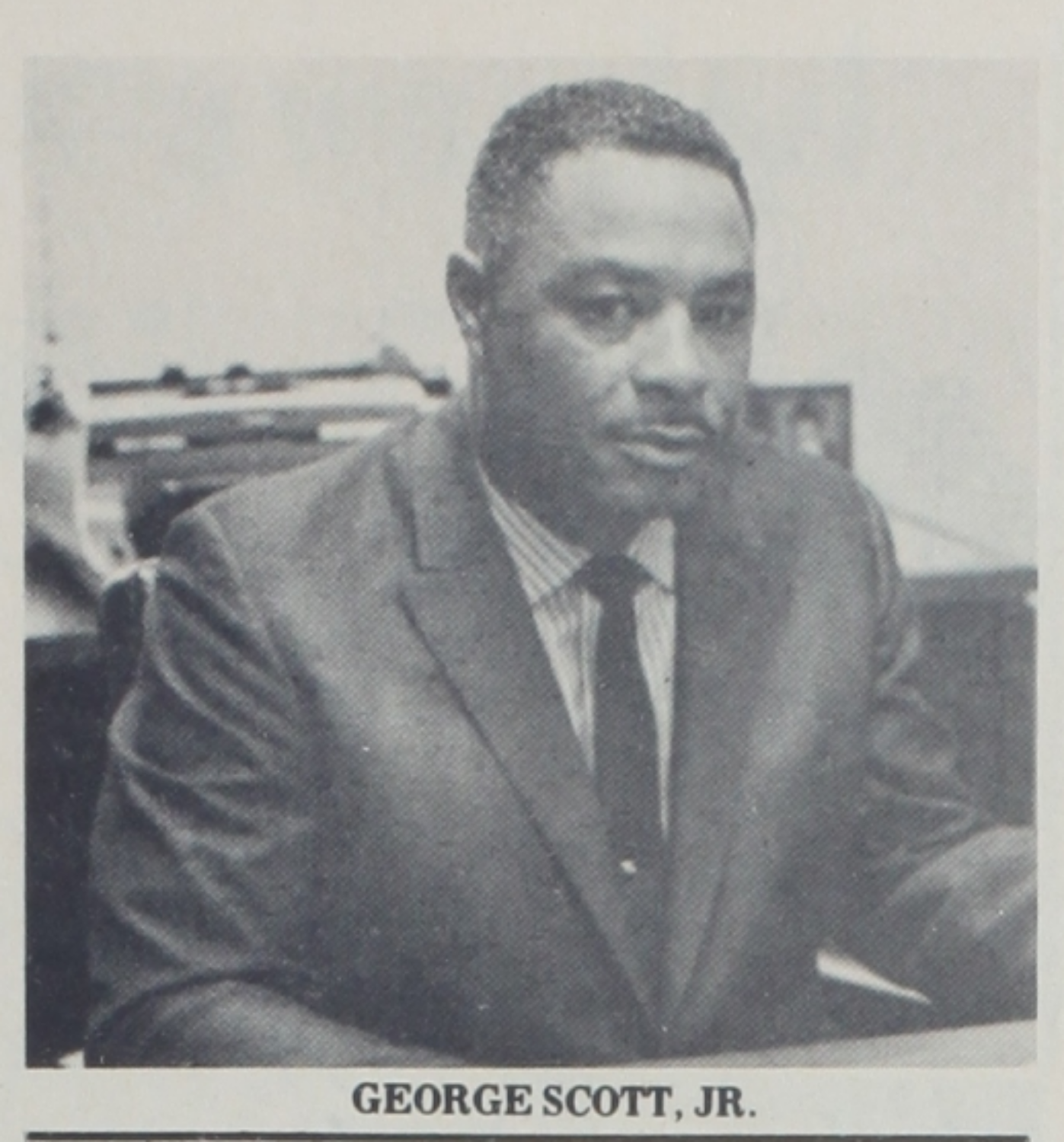 On Sept. 2, 1969, Scott was appointed assistant dean of students in the Division of Student Life and became the university’s first African-American administrator.

When George Scott, Jr., then associate to the vice president for student affairs, retired from Texas Tech University on Aug. 31, 1989, the student newspaper, The University Daily, said students were losing "one of their greatest advocates."

"George is a longtime valuable employee of the university," Robert Ewalt, vice president for student affairs, told the paper. "He's worked in the Dean of Students Office and in my office, and he's been involved with a large number of students – their concerns and needs. He does an excellent job working with young people. He has raised the consciousness of people around him in regard to minority student concerns."

Scott, who became the university's first African-American administrator when was hired as assistant dean of students in the Division of Student Life on Sept. 2, 1969, spent 20 years encouraging integration of the campus, recruiting and supporting the retention of minorities and being actively involved in the Lubbock community.

Born on Sept. 7, 1926, in Taft, Oklahoma, Scott completed two years at Langston University before serving two years in the United States Army during World War II. After an honorable discharge, he returned to Langston and earned a bachelor of science degree in 1949.

He spent several years as a high school teacher and football coach in Oklahoma before arriving in Lubbock in 1953, where he would serve as a science teacher and the head coach of the Dunbar High School football team until 1959. After earning a master's degree from Prairie View A&M University in 1960, Scott was appointed as assistant principal at Dunbar, now Dunbar College Preparatory Academy, then served as principal from 1964-1969 before starting his position at Texas Tech.

"Scott's long and varied career as an administrator and counselor in Lubbock's public school system gives him the qualifications for this assignment at (Texas) Tech," Dean of Students Lewis N. Jones told The University Daily in September 1969. "We are fortunate to have an educator of his background join our Division of Student Life."

During his time at Texas Tech, Scott was dedicated to increasing the number of minorities who attended and worked at the university while also serving with several Lubbock organizations to improve the quality of life for all those in the community. In an interview with Lubbock's West Texas Times in October 1974, he shared his thoughts on the importance of community involvement and the progress he'd seen thus far.

"Texas Tech, no doubt, has made substantial progress, but it, too, needs to improve in the enrollment of black students, faculty and staff," Scott said. "Surely, I am pleased over the progress I've seen over the past five years I've been here, but (Texas) Tech must keep on keeping on as it has in the past five years. Nothing will ever happen unless we do our part at the college, university or public school level. Get involved now, because tomorrow is too late."

Years later, on the day of his retirement, Scott shared his thoughts again on his work and the progress at Texas Tech and in Lubbock.

"I've tried to help recruit people and have asked them to come here – students and faculty," Scott told The University Daily. "I've tried to be a positive influence by saying Lubbock isn't such a bad place to live and Texas Tech isn't a bad place. We need to stop pointing out our negatives around the state and everywhere, talking about how bad it is. Lubbock is a great place to live, and (Texas) Tech is a good school. We just need to believe it ourselves."