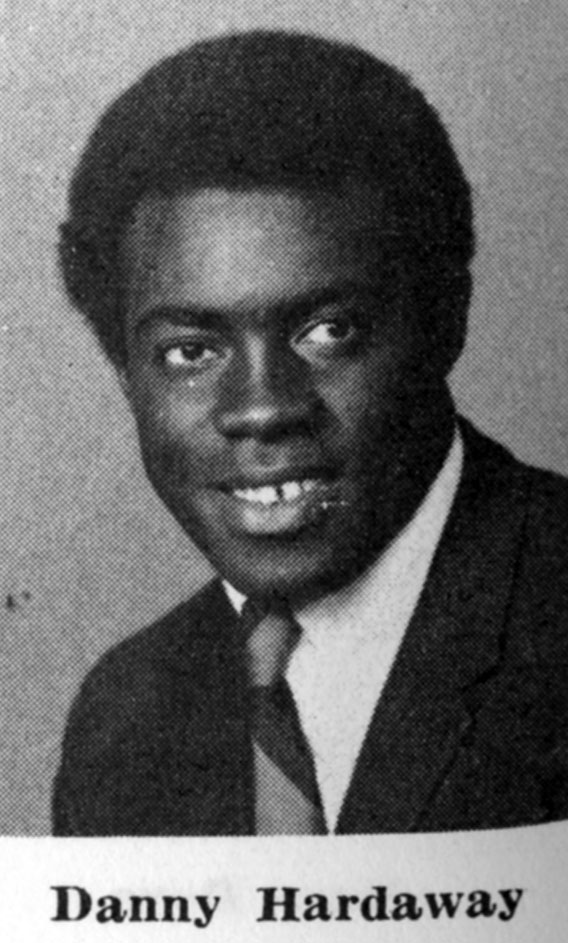 On Feb. 14, 1967, Texas Tech signed Hardaway, who became the first African-American to receive an athletic scholarship to the university.

When wide receiver Danny Hardaway graduated from his Lawton, Oklahoma, high school in 1967, he already had a long list of achievements, both on and off the field. According to a 1969 article in the University Daily, Texas Tech University's student newspaper, he had lettered one year in baseball, three in football and track and four in basketball.

During his senior year, he served as co-captain of the football team and made the all-district football and basketball teams and earned all-region, all-state and all-American honors, in addition to being named Oklahoma's Outstanding Lineman. He ranked 12th in his class and had served as the president of his sophomore class.

It's no wonder that he received 38 scholarship offers for football and 10 for basketball. When he chose to sign with Texas Tech on Feb. 14, 1967, he became the first African-American to receive an athletic scholarship to the university.

"I was hesitant at first, but I didn't let it bother me," Hardaway told the University Daily of the distinction, adding that he had previously attended an integrated school and had gotten along with his peers there. "Trouble has been kept to a minimum: it's pretty hard for a person to rouse me."

Hardaway arrived at Texas Tech just six years after Lucille Sugar Barton Graves had made history in the summer of 1961 by becoming the first African-American student admitted to Texas Tech.

At Texas Tech, Hardaway continued to stand out, becoming a charter member of the university's first black student organization and consistently leading on the field in rushing yards and passes. He played for the Red Raiders for three years as a wide receiver, running back and half back, lettering in football in 1969 and 1970 before transferring to Cameron University in his hometown for his senior year.

"Those guys really led in making sure that I was protected and made (it) as smooth a transition as possible," Hardaway said. "If it weren't for them, and also some of the kids I met, I probably couldn't have made it. I went through hell, but I caught more hell when we went to other schools. My teammates, almost all of them, really protected me and sheltered me from all that stuff when we were at home."

Hardaway also acknowledged the changes the university has undergone since his time at Texas Tech.

"It's quite remarkable, all the growth and advancements this campus has undergone," he said. "It pleases me, because I feel like maybe I had a little bit of something to do with that, especially in the Afro-American community."