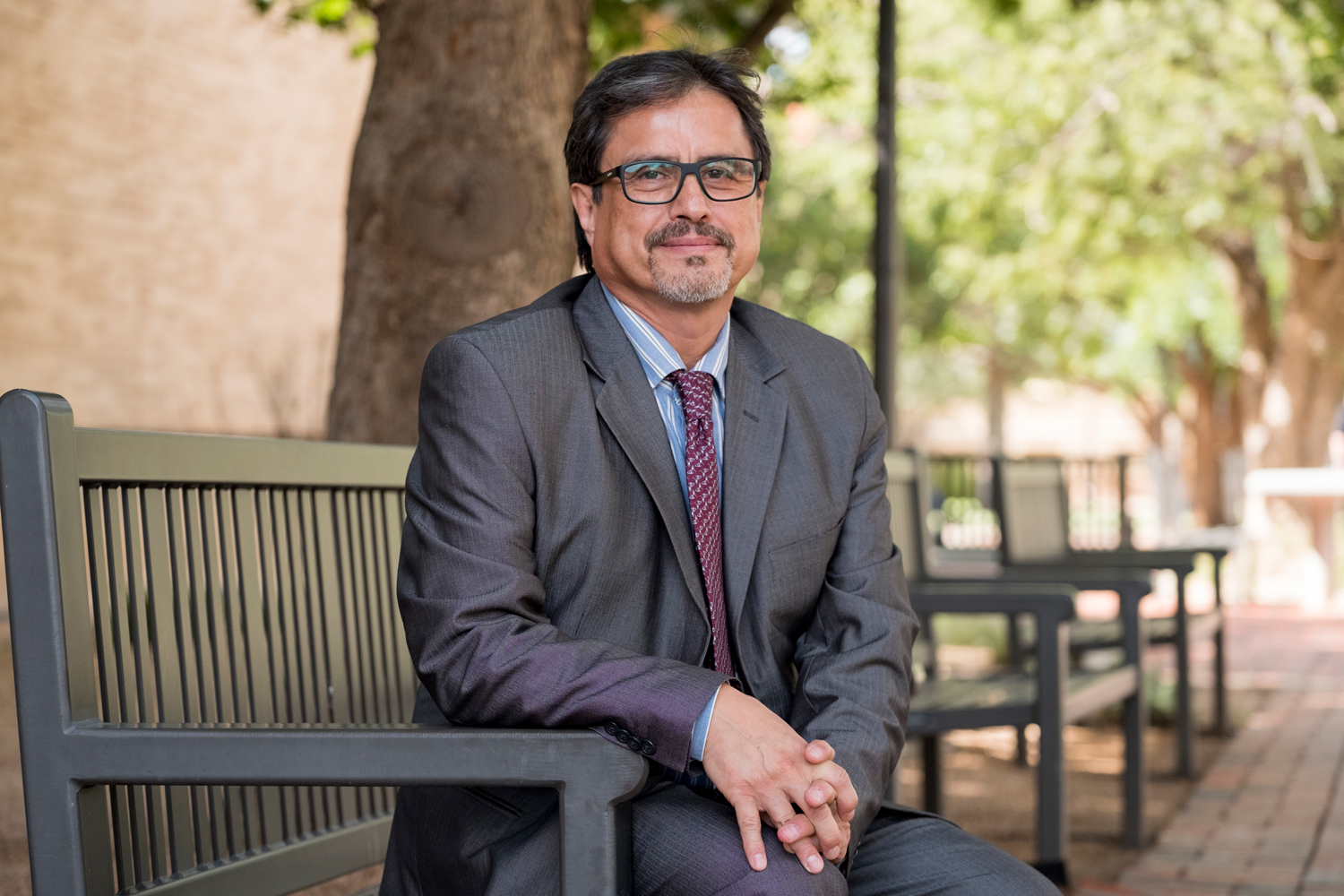 The National Academy of Sciences researcher serves as the Distinguished Professor of Plant Genomics at Texas Tech University.

Luis Rafael Herrera-Estrella, the President's Distinguished Professor of Plant Genomics in the Department of Plant and Soil Science at Texas Tech University, has been appointed as the latest member of The Academy of Medicine, Engineering and Science of Texas (TAMEST).

Herrera-Estrella joined Texas Tech in 2018 as the result of a $5 million grant from the State of Texas Governor's University Research Initiative (GURI), which was matched by the university and is designed to bring the best and brightest researchers to Texas. He is the first faculty member at Texas Tech to also be a member of the National Academy of Sciences (NAS).

"It is a great honor to become member of the Texas Academy of Medicine, Engineering & Science," Herrera-Estrella said. "I aim to build a strong academic program at Texas Tech and contribute to the excellence of science and technology in Texas."

One of the top plant molecular biologists in the world, Herrera-Estrella serves as the director of the Center for Functional Genomics of Abiotic Stress, which examines how plants adapt to thrive in the presence of environmental stressors such as extreme heat and cold, drought and the presence of brackish water sources.

"Dr. Herrera-Estrella brings to Texas Tech a high level of scientific capability which will address the needs of cotton and crop producers in the region," said William F. Brown, dean of the College of Agricultural Sciences & Natural Resources (CASNR). "With the establishment of the Center for Functional Genomics of Abiotic Stress, Dr. Herrera-Estrella, his students and associates will develop new crop varieties that will use water more efficiently, be more resistant to temperature and environmental extremes and yield higher-quality fibers for use in cotton and other markets."

Herrera-Estrella is known and respected worldwide for his work in cotton genomics, having earned the distinction in 2015 as one of the 100 most influential people in biotechnology by Scientific American magazine. He previously served as the director and full professor of the National Laboratory of Genomics for Biodiversity (LANGEBIO) in Guanajuato, Mexico, where he retains his position as a professor emeritus.

"Texas Tech is very proud that TAMEST has recognized the excellence of Professor Herrera-Estrella's scholarly and technological achievements by electing him as a TAMEST member," said Joseph Heppert, vice president for research in the Office of Research & Innovation at Texas Tech. "The recruitment of Professor Herrera-Estrella and the allocation of State of Texas and Texas Tech support for establishing a Center for Functional Genomics of Abiotic Plant Stress under his direction underscores Texas Tech's commitment to contributing to our state's growing reputation as an international leader in science and technology innovation. We are all extremely pleased to be working to help Professor Herrera-Estrella achieve his vision for this new initiative."

GURI was created in 2015 by Gov. Greg Abbott's Office of Economic Development & Tourism and the state Legislature to encourage universities to bring the world's top researchers in the areas of science, technology, engineering, mathematics and medicine (STEMM) to Texas. The matching-grant program assists Texas institutions of higher learning with recruiting distinguished researchers, particularly targeting Nobel laureates and members of the NAS, in an effort to further economic and workforce development.

According to his biography on the NAS website, Herrera-Estrella's research focuses on the molecular mechanisms that allow plants to cope with a continuously changing environment. In particular, he has studied the two fundamental processes of molecular responses to light as a source of energy and a developmental signal, and nutrient availability.

Herrera-Estrella identified DNA regulatory elements that allow plants to activate genes in response to light stimuli and the protein sequence present in many corresponding gene products that ultimately allow participation in the photosynthesis process.

A holder of 15 patents, Herrera-Estrella has published more than 180 research papers and 47 book chapters and other reviews while having delivered more than 200 presentations on his work. He served as a senior international research scholar at the Howard Hughes Biomedical Institute from 2012-2017 and earned the Dr. Luis Federico Leloir Award in 2012 from the Argentinian Ministry of Science, Technology and Innovation.

A native of Mexico, Herrera-Estrella also has served as the president of the International Society of Plant Molecular Biology (2001-2003), and in 2000 earned the gold medal from the World Intellectual Property Organization as one of the most distinguished inventors in Mexico, one of only three Mexican citizens to receive this honor.