Madhav Dhakal is Passionate to Take His Research Back to Nepal 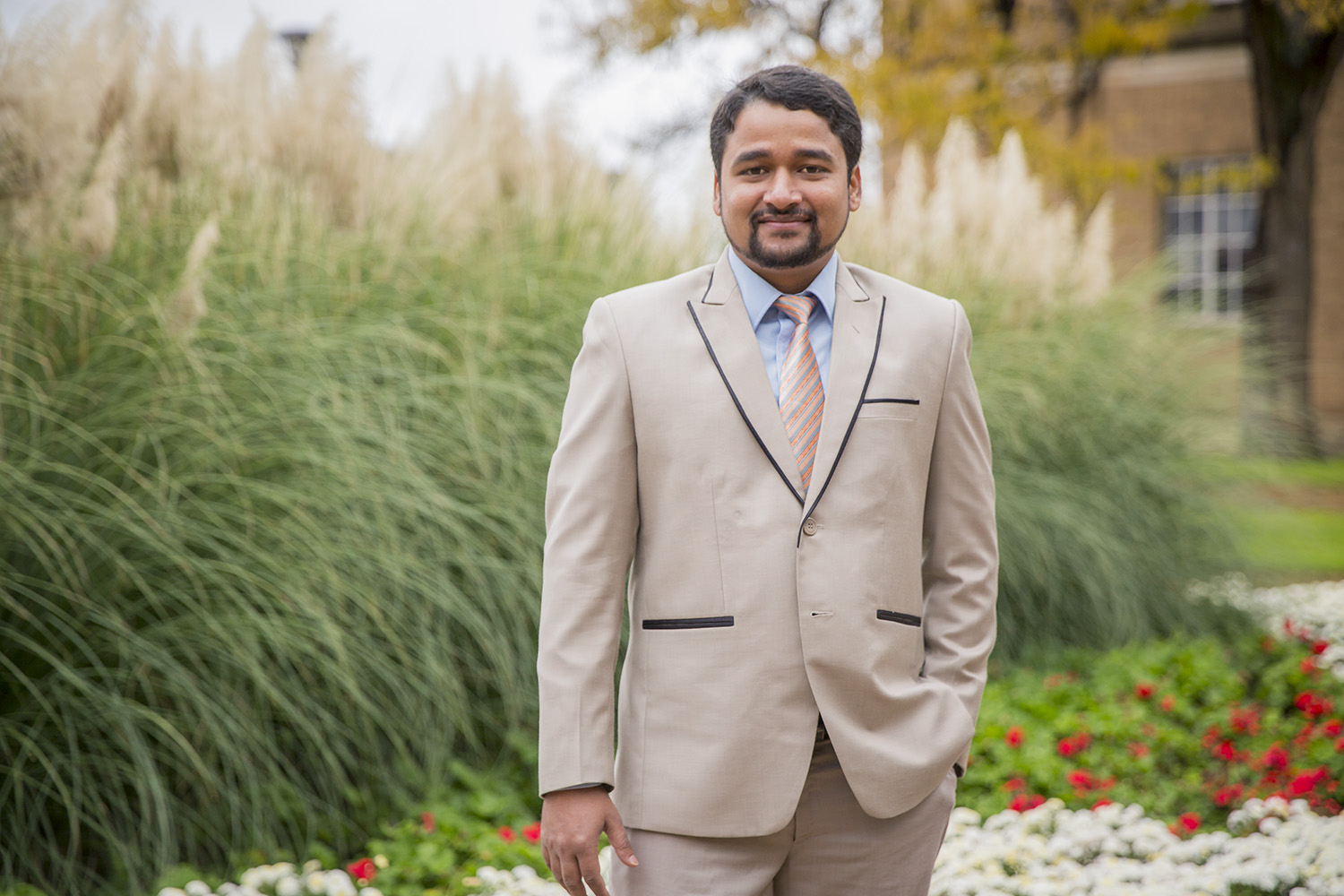 There is something pure and admirable about the desire to take what you have learned and go home again to help others.

Madhav Dhakal is driven by that mission, but before the Texas Tech University doctoral student returns to Nepal, he still has important work to finish in the arid regions of West Texas, which has been his home since 2015.

Dhakal was the second-place winner in the Texas Tech Graduate School's 2018 Three-Minute Thesis competition last month for his presentation "Trade-off between forage improvement and water use for grass-alfalfa system."

With graduation looming in May, Dhakal could understandably be thinking about where his research could take him next or how quickly he can begin making a living in the real world. But he is taking a different approach.

"I want to stay here one or two more years to get a full understanding of what my research finds and how it can be helpful," said the 31-year-old native of Chitwan, Nepal. "Within three years, you cannot accurately speculate about the true impact, so I want to stay here to learn as much as I can.

"I want to take my research back to the farmers of Nepal. There is a lot they can learn from what I am working on. I want to incorporate my agricultural research with the cattle industry there."

Going back to his roots
The son of a family that works in the dairy business, Dhakal spent most of his undergraduate and graduate years studying agriculture and animal nutrition at Tribhuvan University, Nepal's oldest and largest university.

A passion to help his family and the dairy business in Nepal continue to drive Dhakal.

"He's very tenacious in how he approaches his research," said West, who sought Dhakal out as a research assistant after he was recommended by a professor from Tribhuvan. "He has enlarged the objective and scope of the work from what we first proposed when we began this research. He is dedicated to trying to fill in the gaps and make it more applicable to the people who will benefit from it."

To begin that admirable process, Dhakal had to find a place to make an impact. Like many of his peers, an internet search steered him toward Texas Tech.

Contacted by West initially, Dhakal did his due diligence – thanks to Google – to learn about an unfamiliar university on the South Plains of Texas. He liked what he found.

"This university is actually pretty famous, and I found that out when I started taking a serious look at it," Dhakal said. "Some friends were already here and recommended to come here, especially if I had an interest in plants science because this university has a huge amount of resources and is funded well in those areas.

"I had visited Texas Tech online many times, but when I landed here the first time, I was really surprised to see some greenery even though this is a semi-arid region. There are so many positive things about Lubbock and Texas Tech, and much of that is because of the wonderful people."

The people of West Texas have made Dhakal feel welcome as he and his wife, Geeta Kharel, and their young daughter Melisma have settled in. Geeta Kharel recently completed her master's degree and is also working on a doctorate.

During the holidays, the Dhakals often spend time with their adoptive social network, and Jane West, Chuck West's wife, has facilitated their adjustment.

"We all come from different cultures, but so many things are similar because we are all human," Dhakal said.

As impactful as the people have been, Dhakal came to the U.S. on a mission, and West was a perfect fit, both in direction and personality.

Over the last three years, Dhakal has focused on how water systems affect agriculture in a semi-arid region like West Texas, as well as how water can be extracted from the soil. The work can be tedious and challenging, but West has motivated his protégé with a blend of encouragement and blunt honesty.

"Survival is the main goal of the farmers, and if their crops can survive more than five years, we feel like it is an enormous economic benefit," Dhakal said. "What we are finding in our research is a little bit different from what many people believe, and that has taught me that what is perceived isn't always true. We are proving that you can successfully grow crops in water-limited conditions."

Delivering the message of that proof is an important step, which makes Dhakal's efforts in the Three-Minute Thesis competition notable.

Among the myriad reasons the Graduate School hosts the event is to allow students "to share their research with a variety of people, both in academia and the community at large," said Cari Carter, the coordinator of the competition.

"This event helps students refine public speaking skills, and how to be concise and get their point across in just three minutes," Carter said.

Dhakal embraced the idea of putting his message in a compact package because he knows that is exactly how he will have to explain it in the future.

"Whenever you have to speak about your research in a short period of time, you have to extrapolate the main findings, simplify them and apply what you are doing to day-to-day uses," said Dhakal, who also thanked other professors and researchers who helped him dive deep into his work. "When my professors encouraged me to do this, it made me focus on the core findings of my research, and that can be difficult. But it is also really inspirational because it makes you realize the confidence you have in your research.

"It truly worked out very well for me because what we are researching – what we are doing for people – is trying to make their lives simpler, and that is exactly what you have to do with the message in a competition like this."

Added West, "Madhav engages well with people and that helps engender communication skills. For our type of work, it's important to be able to explain why what we're doing is important."