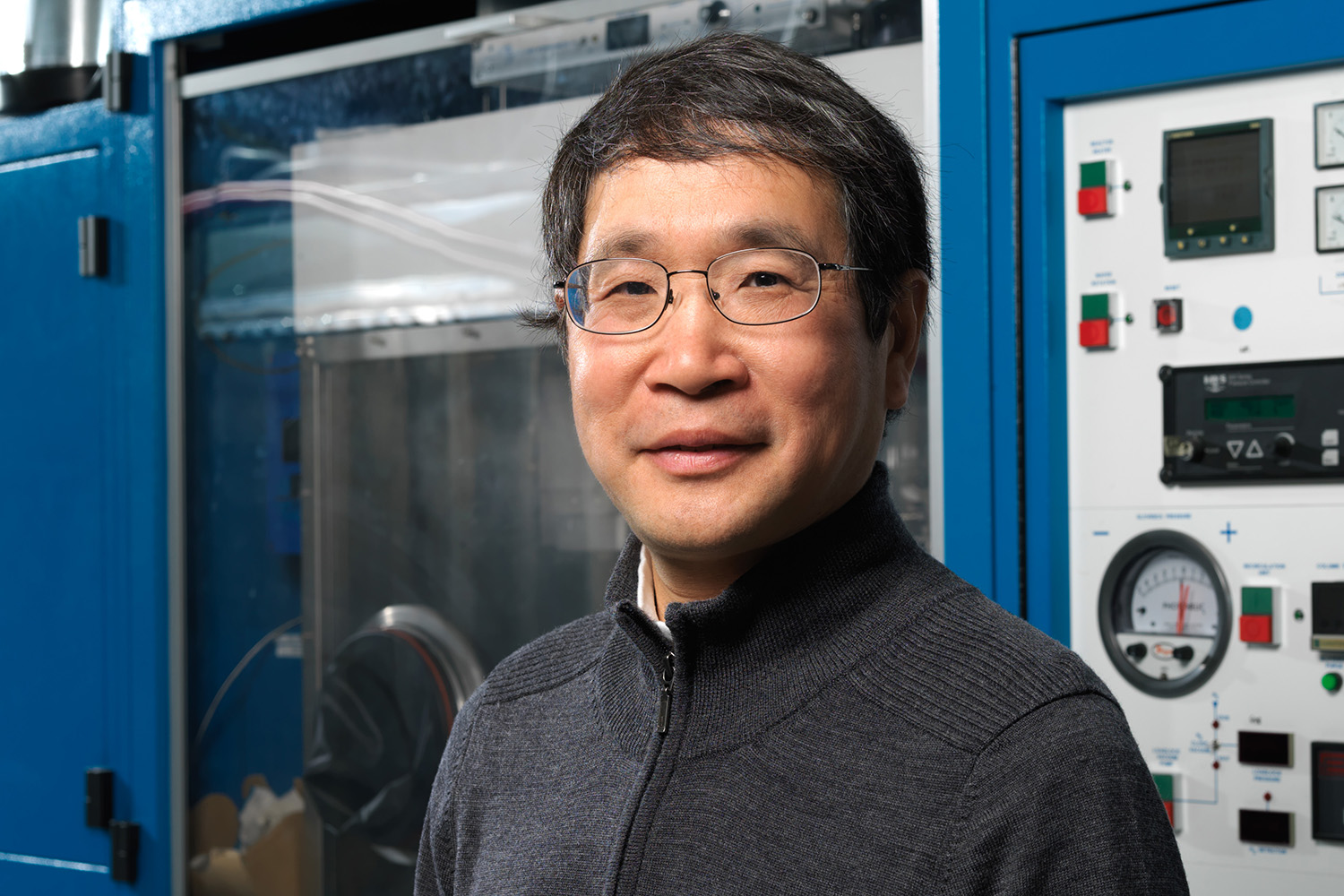 Hongxing Jiang will be inducted into the National Academy of Inventors in April.

"It is a great honor to be selected as an NAI Fellow," Jiang said. "I am humbled that the NAI committee recognized my work. I would like to express my heartfelt gratitude and thanks for the support I've received from my colleagues, the College of Engineering and Texas Tech University."

The NAI Fellows Selection Committee chose Jiang because he has demonstrated a highly prolific spirit of innovation in creating or facilitating outstanding inventions that have made a tangible impact on the quality of life, economic development and welfare of society. He was elected for his original invention of micro-LEDs (light-emitting diodes), which led to the realization of self-emissive microdisplays and micro-LED flat panel displays, as well as high voltage AC/DC LEDs. He holds close to 20 patents in these areas.

"Texas Tech University is very proud of this national distinction granted to Dr. Jiang," said Joseph Heppert, vice president for research and innovation in the Office of Research & Innovation. "This is a well-deserved recognition of his extensive inventions in light-emitting diodes and high band-gap electronic devices. Dr. Jiang has a prolific history of invention disclosures and issued patents. I congratulate him on being named a Fellow of the National Academy of Inventors."

Jiang will be inducted as an NAI Fellow on April 10 in Houston. He will be presented with a signature trophy, medal and custom rosette pin during the induction ceremony.

The National Academy of Inventors is a 501(c)(3) nonprofit member organization comprising U.S. and international universities and governmental and nonprofit research institutes, with more than 4,000 individual inventor members and Fellows spanning more than 250 institutions worldwide.

The NAI publishes the multidisciplinary journal Technology and Innovation, Journal of the National Academy of Inventors.

The NAI was founded in 2010 to recognize and encourage inventors with patents issued from the U.S. Patent and Trademark Office, enhance the visibility of academic technology and innovation, encourage the disclosure of intellectual property, educate and mentor innovative students and translate the inventions of its members to benefit society.