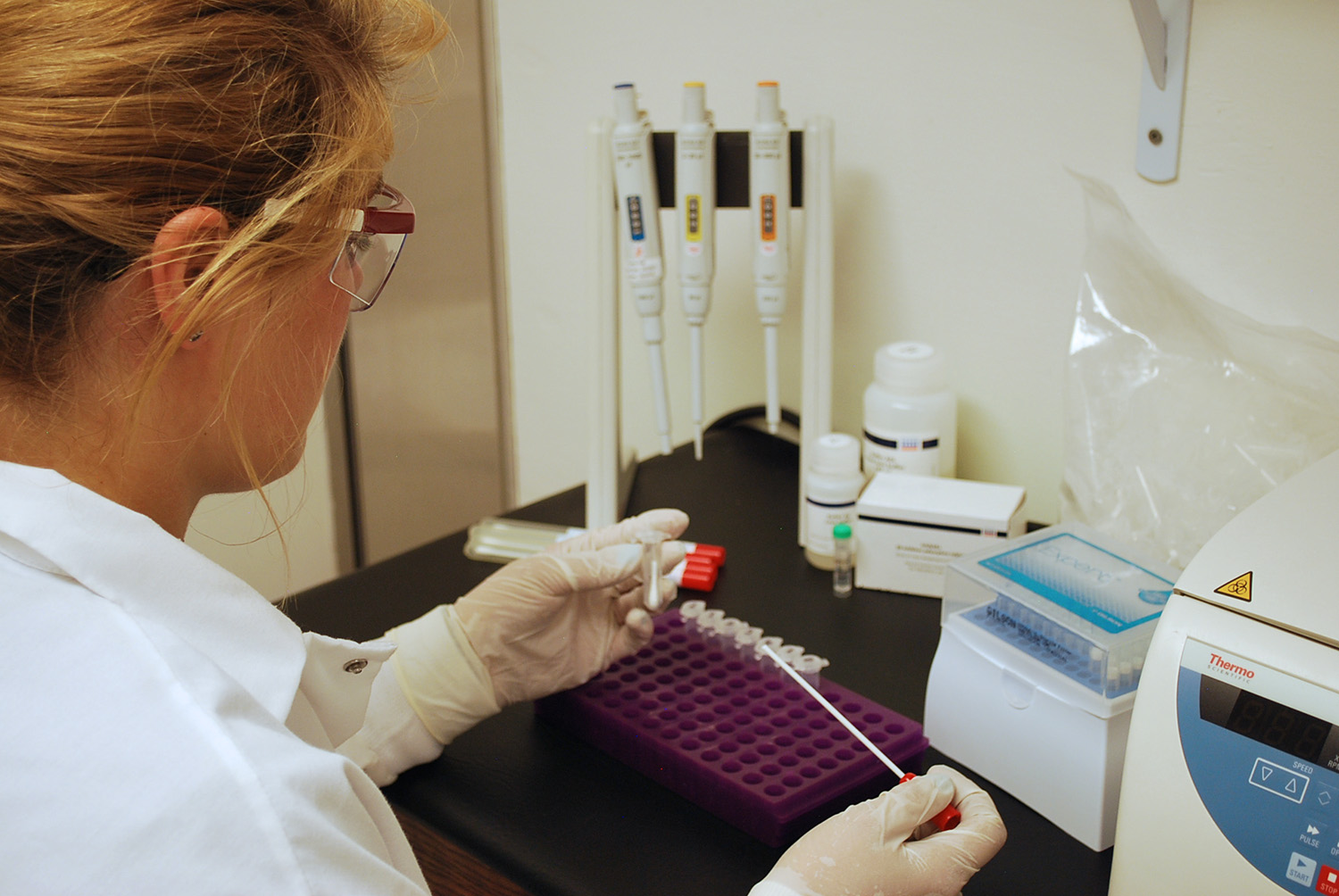 The award will be used for drug research to fight infections in Bobwhite quail.

Ron Kendall, a professor of environmental toxicology and founding director of The Institute of Environmental and Human Health (TIEHH) at Texas Tech University, has been studying the declining Bobwhite quail population of the West Texas Rolling Plains, one of the last areas for wild bobwhite quail hunting in the United States.

The team at the Texas Tech Wildlife Toxicology Laboratory (WTL) believe the decline in the quail population can be attributed to multiple variables, including parasitic infection. Two of the most common parasites of quail in this region are the eyeworm and caecal worm. Eyeworms live behind the eyes of quail feeding on the tissues within the eye where they cause damage that may lead to poor eyesight. A female eyeworm can grow long enough to span a penny, which would be comparable to the length of a toothpick in the human eye.

Eventually these eyeworms cause severe pathology in the eyes of quail. Without excellent eyesight, quail can fly into barns and fences, damaging their bodies, and this has been reported in many instances in the Rolling Plains. Also, if quail have poor eyesight they can no longer hunt for food as easily and therefore become easier targets for predators.

The second parasite, the caecal worm, are like a round worm in a dog's intestines and affects the quail's energy These parasites live within the bird's intestines and absorb important nutrients. The worms steal energy from the quail by causing loss of muscle mass, particularly the breast. Without a healthy breast muscle, for instance, quail cannot fly as fast, have reduced breeding potential, and are more susceptible to extreme environmental conditions.

"These two significant parasitic diseases, which we have now documented in our scientific publications, can be intense and widespread in such a short period of time that they can infect more than 90 percent of the quail in a given zone," Kendall said.

The team found that quail are contracting these parasites by eating certain species of grasshoppers and crickets that carry infective larvae. Once a quail is infected, there is currently no way to cure them. A single quail can be infected with more than 1,700 caecal worms and over 100 eyeworms.

Recently, the WTL received a $200,000 grant to fund research toward a cure for these infections. The grant is sponsored by the Rolling Plains Quail Research Foundation, a nonprofit that focuses on the preservation of Texas' wild quail-hunting heritage.

With the Rolling Plains as one of the final destinations for wild bobwhite quail hunting, many of the ranches that led quail-hunting tours have shut down this year. The lack of quail has caused an economic impact on these small towns, Kendall said. Hunters no longer come to the area for quail-hunting, so hotels, restaurants and ranches suffer accordingly.

"The Rolling Plains is the Alamo of Bobwhite quail left in America," Kendall said. "It's taken years of research to get where we are today, but the recent grant we got is to continue the research, to develop the science, to develop our understanding of all these processes, and ultimately to develop a solution."

The team recently acquired a field truck from Smith South Plains Ford of Levelland, which they use to deploy a mobile research lab. With this truck and mobile lab, the wildlife toxicology team can go into the field and get data from quail in their natural habitats and can non-lethally test for these parasites.

"The work done in the mobile lab here is about 99 percent as accurate as the work done in the Wildlife Toxicology Laboratory," Kendall said. "I'm really proud of it and our team that has implemented this. We can go anywhere, and we're now doing research all across the Rolling Plains."

The wildlife toxicology team has researched the effects of parasites on Bobwhite quail since 2011. They are close to finding a solution to parasite infection in the wild quail population, Kendall said, but still have some time to go.

"Anybody can find a problem with something, but finding the solution is the big challenge," Kendall said. "We're working on a solution with the FDA to develop a treatment and a way of being able to rid wild quail of these infections if a landowner chooses to do so."