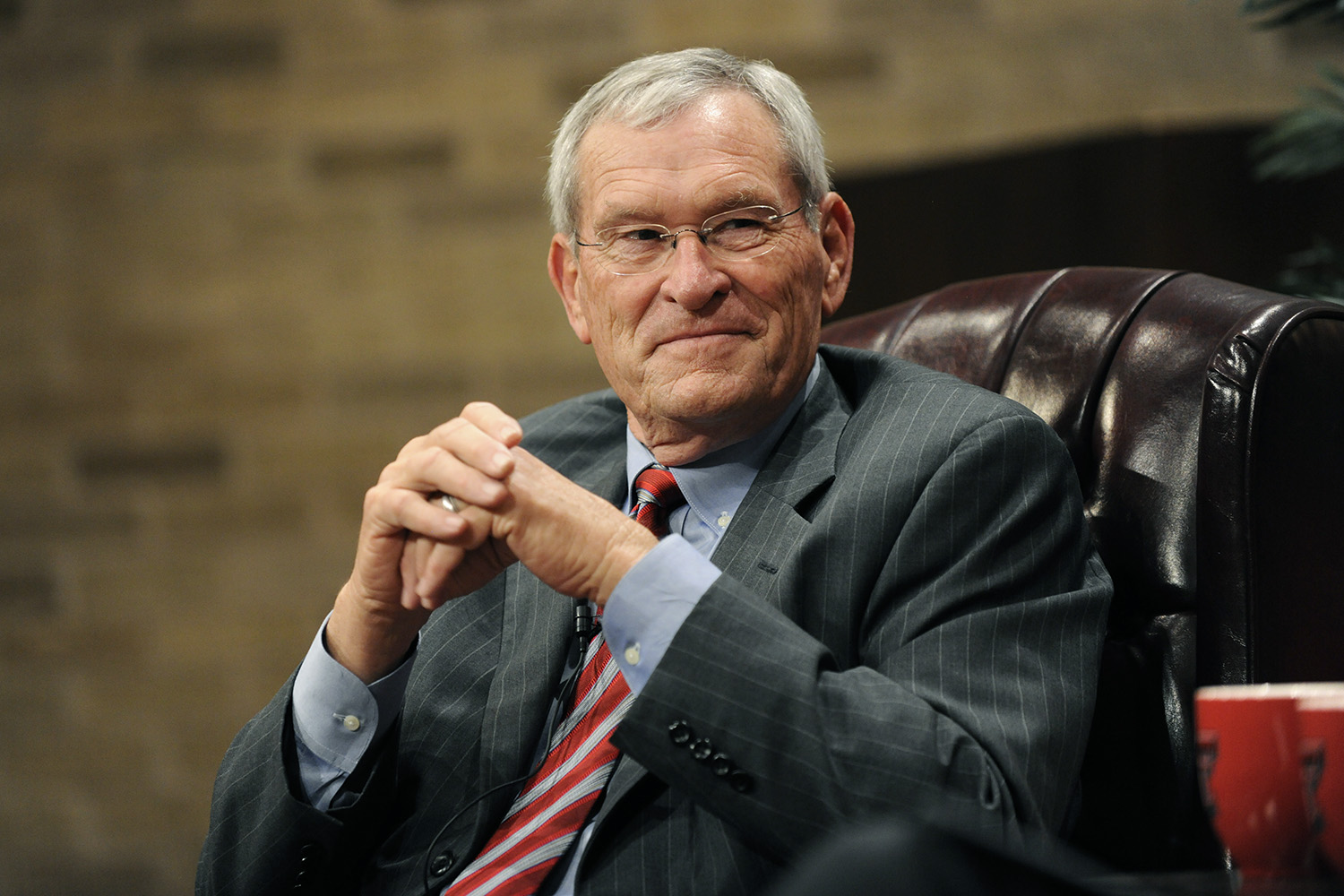 The Texas Tech University alumnus is the namesake of the College of Engineering.

Edward E. Whitacre Jr., a 1964 graduate of Texas Tech University and former chairman and CEO of both AT&T and General Motors, will serve as speaker for the December commencement exercises Dec. 14-15 at United Supermarkets Arena.

"It is truly an honor to speak at the commencement exercises at a place that has been a tremendous part of my life," Whitacre said. "Texas Tech helped make me into the person I am today and gave me the tools necessary to succeed in business and in life. I look forward to conveying some of my experiences to Red Raiders who will soon be making their own impact in the world."

In addition to his tremendous success in the business world, Whitacre also has been one of the most adamant supporters of both academics and athletics at Texas Tech. His efforts have led to tremendous improvements in the Edward E. Whitacre Jr. College of Engineering, which changed its name in 2008 to reflect his generosity, as well as spearheading renovations to Jones AT&T Stadium and construction of the new Whitacre Athletic Complex, which includes the new indoor football and track facilities.

"Ed Whitacre's many accomplishments and his leadership as chairman and CEO of AT&T and General Motors provides a wonderful example of 'From Here, It's Possible,'" said Lawrence Schovanec, president. "Commencement gives us an opportunity to join with family and friends as we celebrate the graduation of our students. I appreciate Ed Whitacre for his continued support of Texas Tech University and providing an inspirational example to our students and alumni."

A native of Ennis, Whitacre earned his bachelor's degree in industrial engineering while working as a facility engineer for Southwestern Bell Telephone Company, eventually rising to head the company's Kansas division from 1982 to 1985. He joined the corporate offices, serving as the company's chief financial officer before being named president and chief operating office in 1988.

Just 16 months later, he was named chairman and chief executive officer, overseeing the company's name change to SBC Communications in 1995. Over the next 17 years, Whitacre facilitated numerous industry and technological changes, including partnering with Yahoo! and EchoStar, entering the wireless communications market with Cingular, which was acquired by AT&T wireless in 2004, and the eventual 2005 acquisition of AT&T Corp., which is known today as AT&T Inc.

In November 2008, shortly after he left AT&T, the company and friends of Whitacre gave $25 million to the College of Engineering, which was renamed in his honor.

In July 2009, Whitacre joined struggling General Motors as chairman and later CEO and set about restructuring the company to run more efficiently. Just one year after declaring bankruptcy and accepting a $50 million government bailout, GM earned $1.3 billion. He stepped down and retired as chairman of the board in 2010 after being named one of the Top 25 Executives of the Year by Bloomberg BusinessWeek.

A former member of the Texas Tech University System Board of Regents, Whitacre also had been actively involved with the Boy Scouts of America, the Texas Tech University Health Sciences Center and the United Way. He also played a key role in securing a $20 million gift for renovations to Jones AT&T Stadium as well as funding for the Whitacre Athletic Complex just to the south, and a $14 million gift from the SBC Foundation for endowed scholarships at Texas Tech.