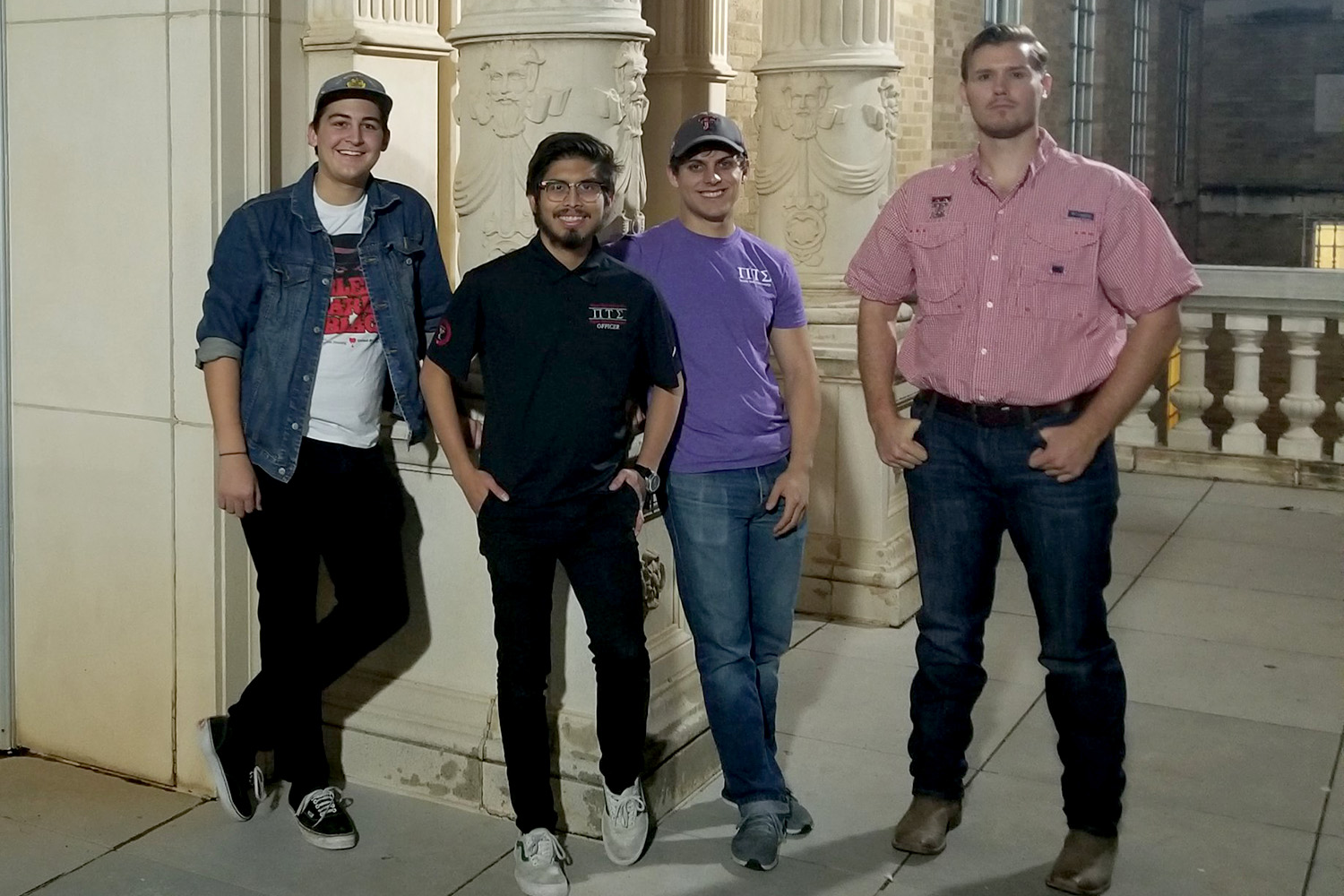 Four engineering students will travel to the Kennedy Space Center in Florida for a chance to win $30,000 and break a world record.

The fascination with rockets began in the early 20th century, with the Russians launching the first in 1942. The U.S. entered the fray when NASA launched the Bumper 2 on July 24, 1950. Since then, the science and engineering behind rockets has advanced exponentially. Even private companies like SpaceX are launching rockets, with the hopes of colonizing other planets.

While SpaceX wants to take people to far-off worlds, Bayer's foray into rockets asks college students to flex their chemistry, physics and engineering skills in an Alka-Rocket Challenge.

This year marks the second time Bayer has hosted the challenge, which tasks teams with creating a rocket propelled only by water mixed with no more than 100 Alka-Seltzer tablets. Whichever team's rocket travels the highest wins $30,000 and has the chance to break the world record of 430 feet set by last year's winner, the University of Minnesota.

Four students in Texas Tech University's Edward E. Whitacre Jr. College of Engineering are one of the five lucky teams chosen to participate in the challenge. They will travel to the Kennedy Space Center in Florida on Dec. 12 to see if their rocket has what it takes to win.

After joining the team in the summer, Slaughter easily transitioned into his role.

"We ended up with the team of myself, Tyler, Hans and Jericho," Slaughter said. "We're all good at different things. Hans and Jericho are more the aerodynamics and rocket specialists, while Tyler and I are better with the pressure chamber and stresses within that. So, we naturally divvied up the team like that."

When Teilman had to drop out due to other engagements, Johnson stepped in to fill Teilman's spot.

"Hans also was in charge of another, larger group of students working on a bigger rocket challenge," Slaughter said. "Doing that and working on the Alka-Rocket became far too much for him to do, so that's when Michael joined the team.

"Since Michael is an electrical engineering major, we found that we really needed him for our recovery system. There are a lot of electronics triggered whenever we get to maximum height, and we weren't very familiar with that, especially when it gets more complicated. He's been really helpful."

Building a rocket, even a simplified projectile like the team's Alka-Rocket, takes a decent amount of money. Instead of fundraising, the team used university resources and pooled their own money together.

"Buying the materials for the rocket was expensive, but we did receive some help," Slaughter said. "For example, we 3D print everything in the mechanical engineering machine shop, and they use the plastic they have to print the rocket for us because it's a school-related project.

"But, we basically funded it ourselves, and I've actually found that to be helpful in a kind of backward way. It taught us how to be more conscientious of what we're doing on the project. We didn't just want to go buy a bunch of brass valves when we could buy used ones on Amazon, clean them up and make them work better. Little things like that, trying to figure out how we can still do what we want to do while using our own budget, has been really good."

Altogether, the team spent roughly $600 for parts, including the Alka-Seltzer tablets. However, they made almost 10 times that amount back simply by being named a finalist for the challenge.

However, Slaughter mentioned that prize money wasn't the motivating factor to build the Alka-Rocket.

"It's kind of interesting, because we often forget about the prize," he said. "I really feel that the reason we're going to be successful is because we're not in it for the money. If you look throughout history at people who have been successful at creating something new, like the Wright brothers, they didn't do it because they were trying to make money off the airplane. They just had their old bicycle parts and said, 'you know, we really believe in this idea of making an airplane.' And I really feel this group is much the same way. We really believe we have a good product and that we can break the world record for Alka-Seltzer rockets."

Every team entering the Alka-Rocket Challenge had to submit a video showing successful rocket launches. Judges picked four teams to advance to the final based on their video. A final, fifth team would advance by popular vote through people liking their group photo on Facebook.

The Texas Tech team, knowing their video wasn't as polished as they wanted, pushed hard to win the Facebook vote.

"For the two weeks leading up to the video submission deadline, we spent all of our time working on the rocket as opposed to making a good video to send to the judges," Slaughter said. "The judges aren't here. They're not going to look and see all the hard work we've put in here. They're just going to see the video we send them. And because we were so crunched for time, we didn't make as high quality of a video as we would have liked. So we were afraid that, because of that, they wouldn't see the amount of work we truly put in and what we think the rocket is truly capable of. So we decided, let's go all out on this Facebook thing."

And go all out they did.

"We shared it with everyone on Facebook, we put out flyers everywhere, we went to local stores, the works," Slaughter said. "We probably printed out thousands of copies and put them everywhere. We really worked hard to win that because we knew that was a surefire way to get there. We'd already come so far making everything for this rocket, and we didn't want a miscommunication and not a full understanding of the video as a reason to not go to Florida."

Their persistence paid off. When the voting period ended, Texas Tech was on top with over 3,000 likes, guaranteeing their spot in Florida. The four other universities competing are Brigham Young University, California Polytechnic State University, the University of Georgia, and reigning champions, the University of Minnesota.

With last year being the first year of the challenge, the University of Minnesota's launch automatically put them into the Guinness World Records since it had never been done before. Their rocket went 430 feet and averaged 280 pounds per square inch (psi). The Texas Tech team already has exceeded that in test launches.

"Right now, our rocket hovers around 400-450 psi," Slaughter said. "We attribute that to the amount of work we've put into our pressure vessel. In laymen's terms, the more psi you have, the higher you go. Even when our rocket recovery system fails and the nosecone falls off prematurely, which it has sometimes, and is dragging though the air and not flying properly, it has still gone higher than 430 feet."

James believes extracurricular and co-curricular activities like Bayer's Alka-Rocket Challenge are instrumental in helping students take the theories they learn in class and apply them to real-life scenarios.

"Projects like this really benefit the students," he said. "They allow students to integrate a lot of the coursework they've done and gives them some type of real-world experience. Activities like this become more and more prevalent to set Texas Tech apart from other universities."

James also gives credit to the senior students for setting an example of excellence to underclassmen.

"We have student leaders who are just incredible," he said. "They get everybody going. We talk about the community projects, the service projects they do really to help not only some of the community, but also some of their peers. Students like that are joys to work with, and this team is a prime example."

As for Slaughter, he's just happy the team has a shot at competing.

"It's just really relieving to get an opportunity to show Bayer that we really have the best rocket," he said. "We're just glad we get a chance to launch it."