Ashlyn Kildow Has Taken a Unique Path To College Success 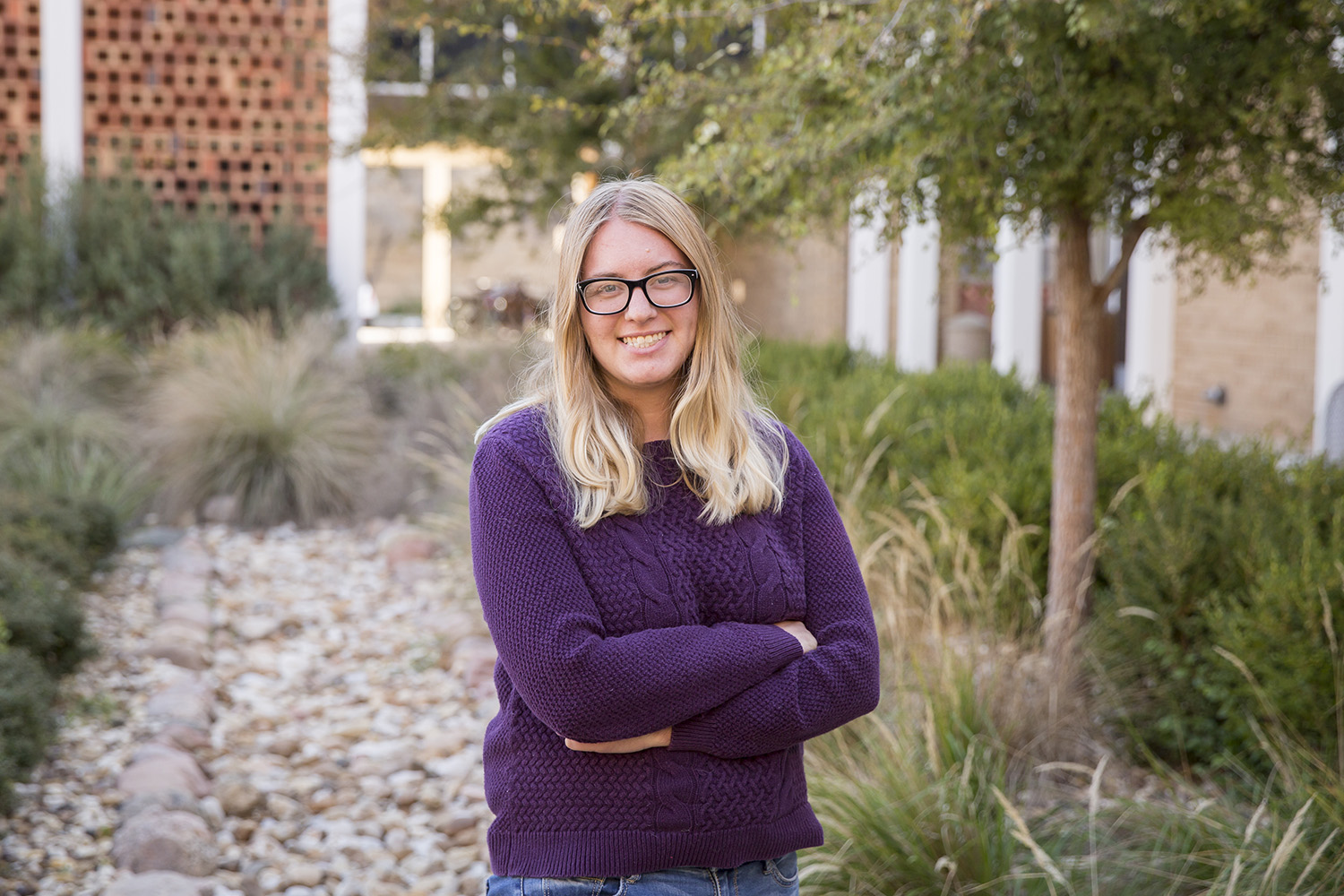 Texas Tech senior is a powerful example of the impact first-generation students can have.

Educational objectives take a variety of forms, shapes and sizes with individual and unique angles involved.

Sometimes that journey comes into clear focus early on. Sometimes it requires the influence of people closest to you as guideposts.

Ashlyn Kildow benefitted from both factors as she traveled from growing up in small-town Texas to the doorstep of college graduation, and she doesn't plan on slowing down once that important milestone is checked off her to-do list.

Kildow is a Texas Tech University senior set to graduate in December. She came to Texas Tech from Colorado City and South Plains College. The oldest child of a correctional officer and teacher's aide, Kildow is a first-generation college student who has carved a niche as a rising star as a researcher.

A fascination with science was a pillar of her foundation early, and encouraging parents were key ingredients as well – a big reason why Kildow knew a college degree was in her future.

"I figured out pretty early on that I wanted to go to college because I believe you need a good education to get a good job," she said.

"My parents were always very supportive of whatever decision I was going to make, but I think they always wanted me to go to college and do something they didn't get a chance to do."

Now, in her family and in the larger subset on Texas Tech's campus, Kildow carries the mantle of distinction as a student with a diverse background as the university continues to emerge as one of the top universities in the United States.

A natural resources management major in the College of Agricultural Sciences and Natural Resources, Kildow will graduate with an educational resumè that is already impressive as a first-generation college graduate from a rural Texas town.

To shed stereotypes even more, Kildow has passionately pursued research as an undergraduate. She chose bat morphology – the quantitative description, analysis and interpretation of shape and shape variation in biology – as her primary focus because she said she "believes bats are really important to the ecosystem, so it's important to take care."

While many undergraduate researchers are content to wait until graduate school to accelerate their work, Kildow wasn't interested in that approach. She said she plans on getting her research published as soon as possible to get a head start on what she intends to pursue in graduate school and beyond.

Once a small-town student hopeful to simply graduate from college, Kildow's aspirations now include doctoral work.

"There are so many options for research," she said. "It's not just about wanting to get more education. I knew when I was in high school that I wanted to get a master's degree. I didn't consider a Ph.D. until I got to Texas Tech, but what I have learned here is that I can do research that makes a difference in the world."

Making that leap from finishing a bachelor's degree to doctoral studies required encouragement and assistance along the way.

Kildow said her parents still occasionally quiz her on the value of furthering her education compared to joining the real-world workforce as soon as possible. But they have gone all in on her passion to satisfy the need to be as informed and impactful as possible before she makes that transition.

"She truly is a pioneer in her family," said Richard Stevens, Texas Tech associate professor in biodiversity and conservation biology, Kildow's research sponsor. "I have met her parents and they are very supportive. It's fairly typical for first-generation parents to not understand the whole college process, but her parents have been there with her and for her, and that's so important."

Having a sturdy support system at Texas Tech has also been vital for Kildow.

The two years she spent at South Plains College were a step in the right direction, but when she made the move 30 miles east to the sprawling campus at Texas Tech, the potential existed for Kildow to be overwhelmed.

She said the initial process of filling out paperwork and enrollment forms, especially in regard to financial aid and scholarships, was a challenge for Kildow and her parents at first, simply because it was a new experience.

Once Kildow got involved with TRIO SSS after she got to Texas Tech, each step became less daunting.

"As a transfer student, it really made things a little easier when I joined TRIO SSS," she said. "It helped that I had some goals in mind and knew what I wanted to do, and they were very supportive. They offer a lot of services that are very helpful for first-generation students, like tutoring sessions and computer labs. We have to have advising three times a semester and they are very encouraging and always telling you, 'You can do all of this stuff.'"

She also praised TRIO SSS for offering a free Graduate Record Examination prep course as she prepared for the next step in her process.

As impressive as Kildow's educational journey has been, she is quick to credit the TRIO SSS department, especially lead administrator Marcus Graham, for its role.

"The whole staff has been like another family for me," Kildow said. "I've spoken to Marcus a lot, and especially with a hectic schedule, it's nice to know that he always supports students like me."

That support found the right target in Kildow, whose younger sister McKenzie followed in her footsteps and is a sophomore at Texas Tech.

Being a first-generation, small-town student is unquestionably part of her story, but Kildow's tenacious pursuit of excellence is also part of the equation.

"Almost immediately after she got here from South Plains, she came into my lab and has been going gangbusters ever since," Stevens said. "It's not very often we get undergraduate students as dedicated to research as she has been. It didn't take me very long to know I could trust her with some important parts of my research.

"You don't just hand a student a research project. You want to make sure they have the maturity to do it. The way she has stuck with it from the day she got here has made it easy to give her more responsibility, and she is going to do great things as she continues her work as a researcher."

TRIO began with Upward Bound, which emerged out of the Economic Opportunity Act of 1964 in response to the President Lyndon B. Johnson administration's War on Poverty. In 1965, Talent Search, the second outreach program, was created as part of the Higher Education Act. In 1968, Student Support Services, which was originally known as Special Services for Disadvantaged Students, was authorized by the Higher Education Amendments and became the third in a series of educational opportunity programs.

By the late 1960s, the term TRIO was coined to describe these federal programs.

Over the years, the TRIO Programs have been expanded and improved to provide a wider range of services and reach more students who need assistance. The Higher Education Amendments of 1972 added the fourth program to the TRIO group by authorizing the Educational Opportunity Centers. The 1976 Education Amendments authorized the Training Program for Federal TRIO Programs, initially known as the Training Program for Special Programs Staff and Leadership Personnel. Amendments in 1986 added the sixth program, the Ronald E. McNair Postbaccalaureate Achievement Program.

Additionally, in 1990, the Department created the Upward Bound Math/Science program to address the need for specific instruction in the fields of Math and Science. Finally, the Omnibus Consolidated Appropriations Act of 2001 amended the Student Support Services program to permit the use of program funds for direct financial assistance for current SSS participants who are receiving Federal Pell Grants.