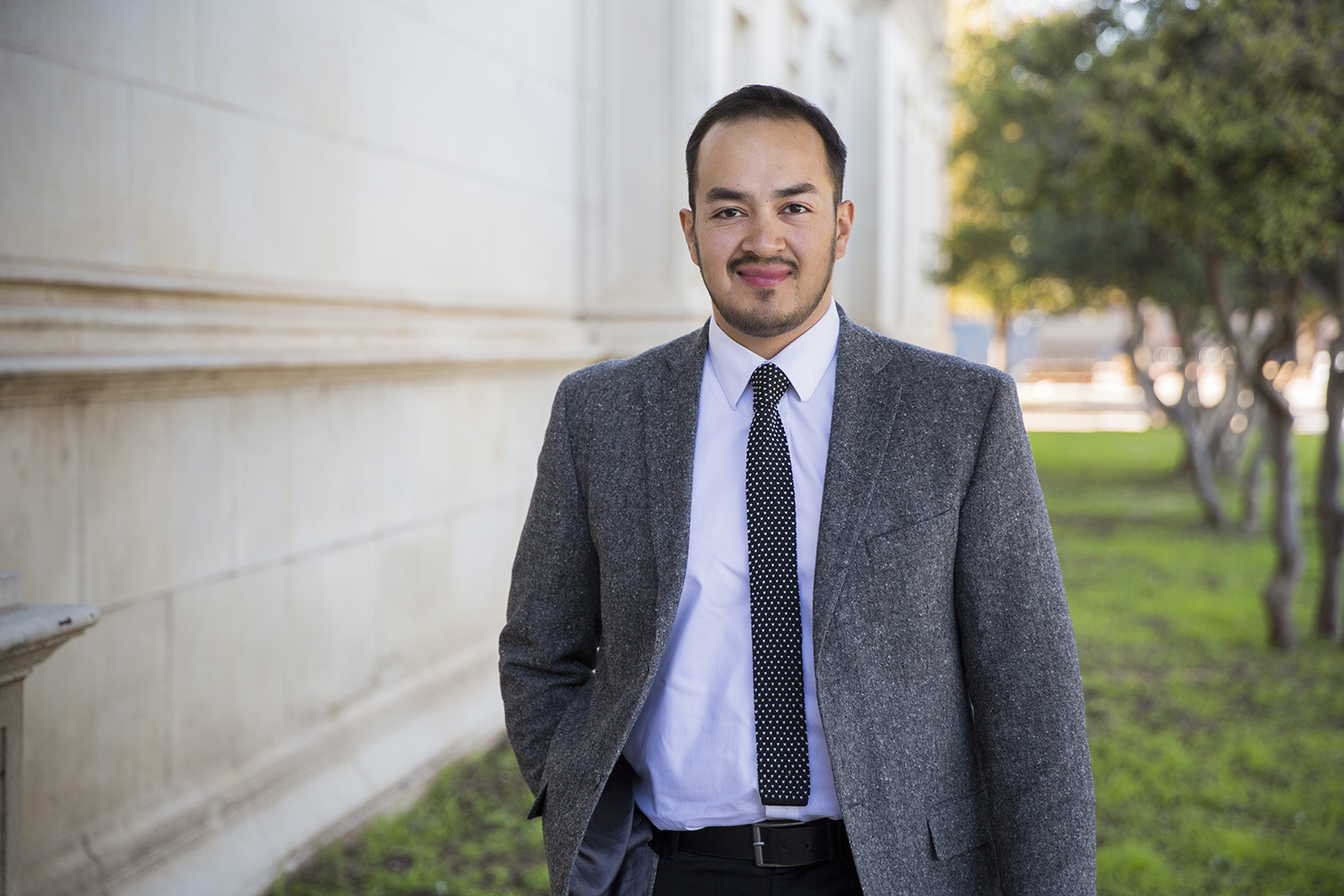 His research on microplastics was the topic of a Three-Minute Thesis presentation.

Successful research requires ingredients more than basic knowledge about a topic and an interest in digging deeper to learn more about it. There also has to be some passion.

Armando Elizalde Velazquez came to Texas Tech University nearly two years ago with a strong interest in microplastic research. Now, three semesters from a doctoral degree in environmental toxicology, Velazquez has matched his knowledge with a deep passion about the topic.

Explaining that blend of knowledge and passion is an important next step, so when Velazquez had an opportunity to test a new means to do so, he didn't let it pass.

A native of Toluca, Mexico, Velazquez participated in Texas Tech's Three-Minute Thesis Competition last month and was one of the program's shining stars.

His presentation, "Microplastics: An invisible threat," earned third place as well as the People's Choice award.

"We live in a world where everything we use involve plastic and we are dumping it at a high rate, now we can see some consequences, however its environmental impact remains unknown, here is where my research comes in" Velazquez said.

"I decided to participate in the Three-Minute Thesis competition because I thought it was a good way to tell people what I was working on. In the future, I want to work as an environmental risk assessor, and when you are working with the government or industries, you have to be able to communicate the results of your research in a quick and non-scientific manner. This was a perfect way to prepare me for that."

It makes sense that Velazquez sought any means possible to excel more with his research, because he has quickly embraced his passion since arriving at Texas Tech.

In the spring of 2016, Velazquez began searching for a place where he could extend his research after excelling as a graduate student at Universidad Autớnoma del Estado de México and Universidad de Castilla-La Mancha.

One of the people he emailed was renowned Texas Tech researcher Jaclyn Cañas-Carrell, associate director of the STEM-CORE and professor of analytical toxicology and environmental chemistry in the College of Arts & Sciences.

"I Googled environmental toxicology programs and started to look at which professors were teaching it and what their research was," Velazquez said. "Texas Tech was appealing to me because of the research they were doing matched what I wanted to do."

Velazquez's research focus is on the fate and effects of microplastics on the environment – starting with a study of the sorption of waterborne pollutants on to the surface of the microplastics to assess its potential capacity to act as carriers and vectors of pollutants in the aquatic environment.

"At the beginning, I was interested in being a professor, but now I am more involved on an industry pathway where I can apply the knowledge I am gaining for doing risk assessment for industries," he said. "I want to become an advisor and expert in the environmental field. The more I have researched microplastics, the more passionate I became."

Which is of no surprise to his Texas Tech mentor.

Cañas-Carrell said the initial email exchange with Velazquez cued her in to how effective he would be as a researcher. What she didn't realize right away is that he would help reshape her focus in some ways.

"He has really helped in expanding my research into microplastics beyond what I've been doing for the last 12 years," she said. "It has been nice to have somebody to work with who has helped me expand my horizons.

"Being around Armando has helped me because of his passion, which is extremely important to have when you are working on your Ph.D. He goes the extra mile, reads a lot and thinks very carefully about what kinds of studies he wants to do, as well as the questions he wants to answer."

All of those skills were helpful when Velazquez prepared for the Three-Minute Thesis competition. While he said his goal was to be 100 percent proficient in oral presentations, Velazquez said there was some nervousness as he worked toward compacting his message into a three-minute delivery.

Velazquez's successful experience has bolstered his confidence enough that he encourages all researchers to consider competing.

"The biggest thing is don't be afraid and be willing to push yourself to the highest level to share your knowledge with people," he said.

Added Cañas-Carrell, "When you read his writing, it is easy to see he is a very good communicator. Scientific research can be tough to talk about because there is so much backstory, and to get it across takes some enthusiasm and clarity takes a very strong communicator. He was able to do that because of his passion for his work."