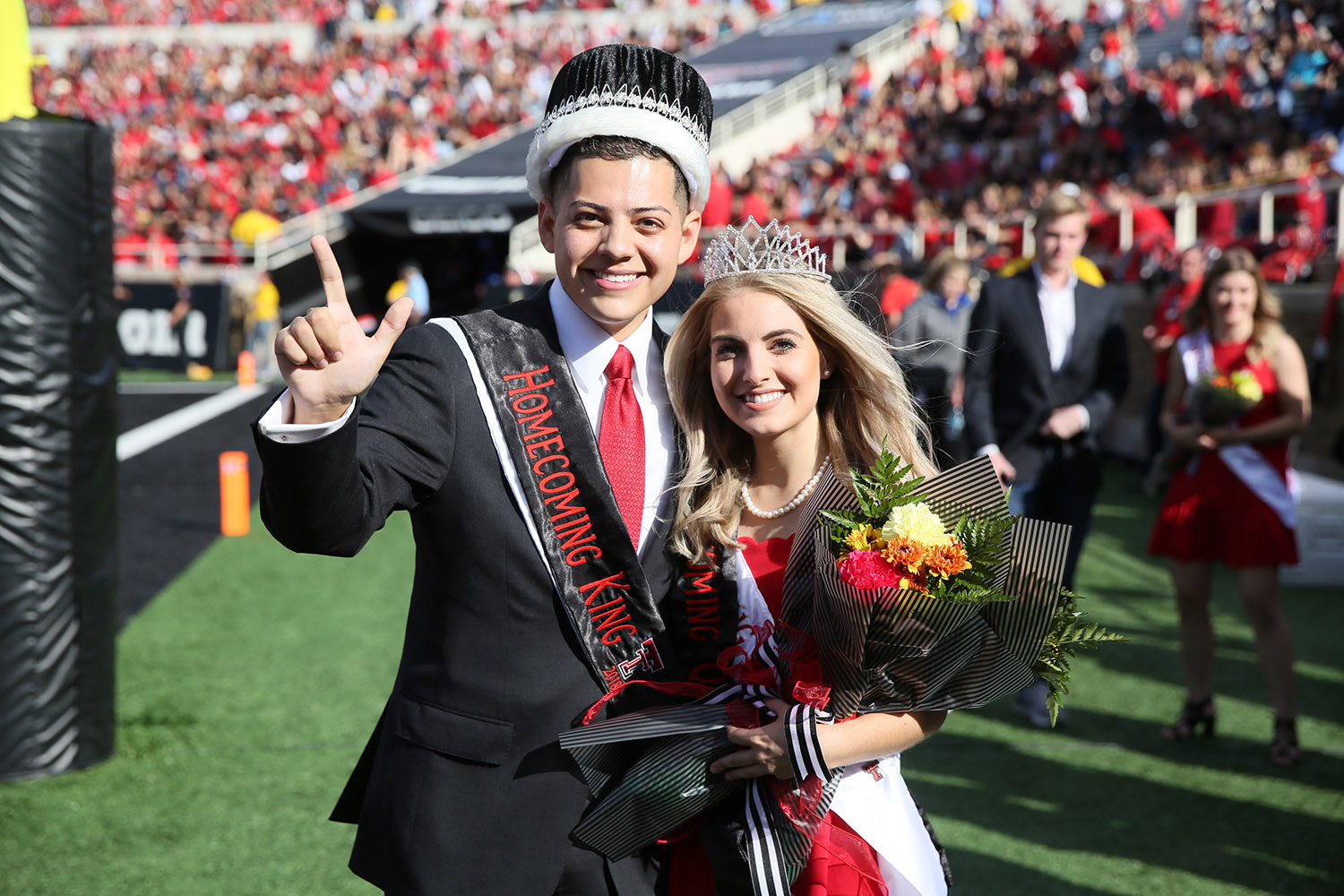 David Rivero and Abigail Raef were announced during halftime at Jones AT&T Stadium.

The 2017 homecoming king and queen, Ryan Hawkins of Hobbs, New Mexico, and Casey Fleming of San Antonio, were present during the ceremony. Texas Tech President Lawrence Schovanec and his wife, Patty, crowned the winners.

The student body voted for the winners after the homecoming court was announced Friday (Oct. 19) at the Rowdy Raider Rally at the Student Union Building.