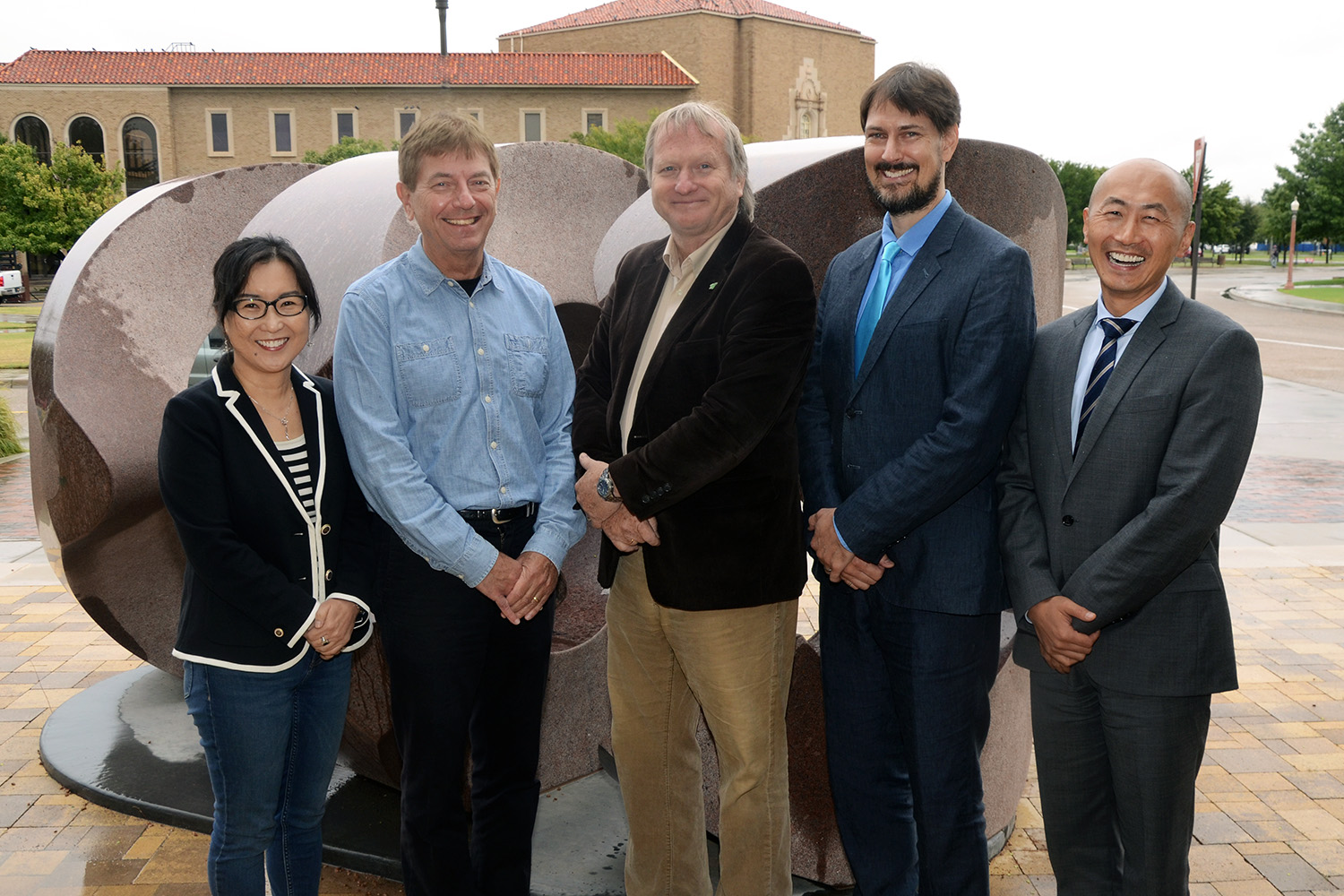 The $500,000 grant focuses on an interdisciplinary collaboration between engineering, education and psychology.

Engineers are known to be analytical. They see a problem, and they work to fix it. No muss, no fuss. While that is certainly a necessary quality for someone who might be designing a circuit or a highway, it might take away from exploring other methods of finding an answer.

To help engineers be more creative in their problem solving, four professors from three colleges at Texas Tech University – the Edward E. Whitacre Jr. College of Engineering, the College of Education and the College of Arts & Sciences – formed an interdisciplinary group to work on a project titled “Developing Reflective Engineers through Artful Methods,” or DREAM, for short.

The interdisciplinary team recently received a $500,000 grant from the National Science Foundation (NSF) for its three-year project that will allow it to research, develop and teach an elective course for engineering graduate students.

The course will be designed to integrate the arts and humanities, along with educational theories, with the goal of finding innovative ways to foster reflection among future engineers. The team plans to offer the course in the spring 2019 semester for civil and environmental engineers and later expand it to accommodate other majors.

Danny Reible, the Donovan Maddox Distinguished Engineering Chair and a professor in the Department of Chemical Engineering and the Department of Civil, Environmental, and Construction Engineering, is the principal investigator (P.I.) on the project. He recently discussed why it is important for engineers to consider various angles of an issue.

“A reflective engineer is one who could be described as someone who doesn't see the engineering work they do entirely as a set of quantitatively well-defined problems,” Reible said. “The reality is, the world is full of poorly defined and poorly constrained problems such that there isn't a very clear path from A to B to C to D. Oftentimes, students, especially early in their educational career or before they've graduated and started working, have a certain tendency to say, ‘What equation do I use to solve this problem?' That's not how it is with real problems. There are more nuances.

“The purpose of the course is to try some artful methods to expand the creative part of the students' brains and expand their reflective thinking as opposed to completely rational, scientific thinking and see which of these techniques stick and which don't.”

This grant isn't the first time the group has collaborated on this project. It initially came together through Texas Tech's Seed Grant for Interdisciplinary Research (SGIR) program, which was initiated by the university's faculty in conjunction with the Office of the President.

SGIR was designed to promote interdisciplinary research and scholarly activities among tenure and tenure-track faculty and provided $1.2 million in total funding to 10 teams of awardees, including the DREAM project.

“The interdisciplinary research grant allowed us to put together the team and try our ideas,” Reible said. “Ultimately, it led to the development of the NSF grant proposal, which now has been successful.”

As part of the SGIR award, the team attracted a postdoctoral researcher who played a central role in advancing the project. Ryan Campbell, who earned his doctorate through the University of Washington's Individual Ph.D. Program specializing in engineering education research and is a co-P.I. on the new grant, joined the DREAM team two years ago.

Given the nature of the project, Campbell alternates between teaching and research roles.

“As someone who highly values diverse and interdisciplinary perspectives, the DREAM project provides an invaluable opportunity for collaboration with world-class faculty and staff from a variety of backgrounds,” Campbell said. “Just as importantly, however, it also enables our team to synergistically share and develop our knowledge, skills and ideas along with our brilliant graduate students.

“We use the term ‘developing,' but it would be better expressed as ‘fostering' to acknowledge the value of what everyone brings to the table. I am truly looking forward to continuing this work.”

Mark Sheridan, dean of the university's Graduate School, believes the work of the DREAM team will encourage interdisciplinary thinking among students.

“Society faces intricate challenges that require diverse perspectives to address,” he said. “This grant will bring students together from different disciplines to receive cross training among disciplines, to develop creative and innovative thinking and to foster teamwork —skills needed to solve our complex problems.”

Additional co-P.I.s on the NSF project include: