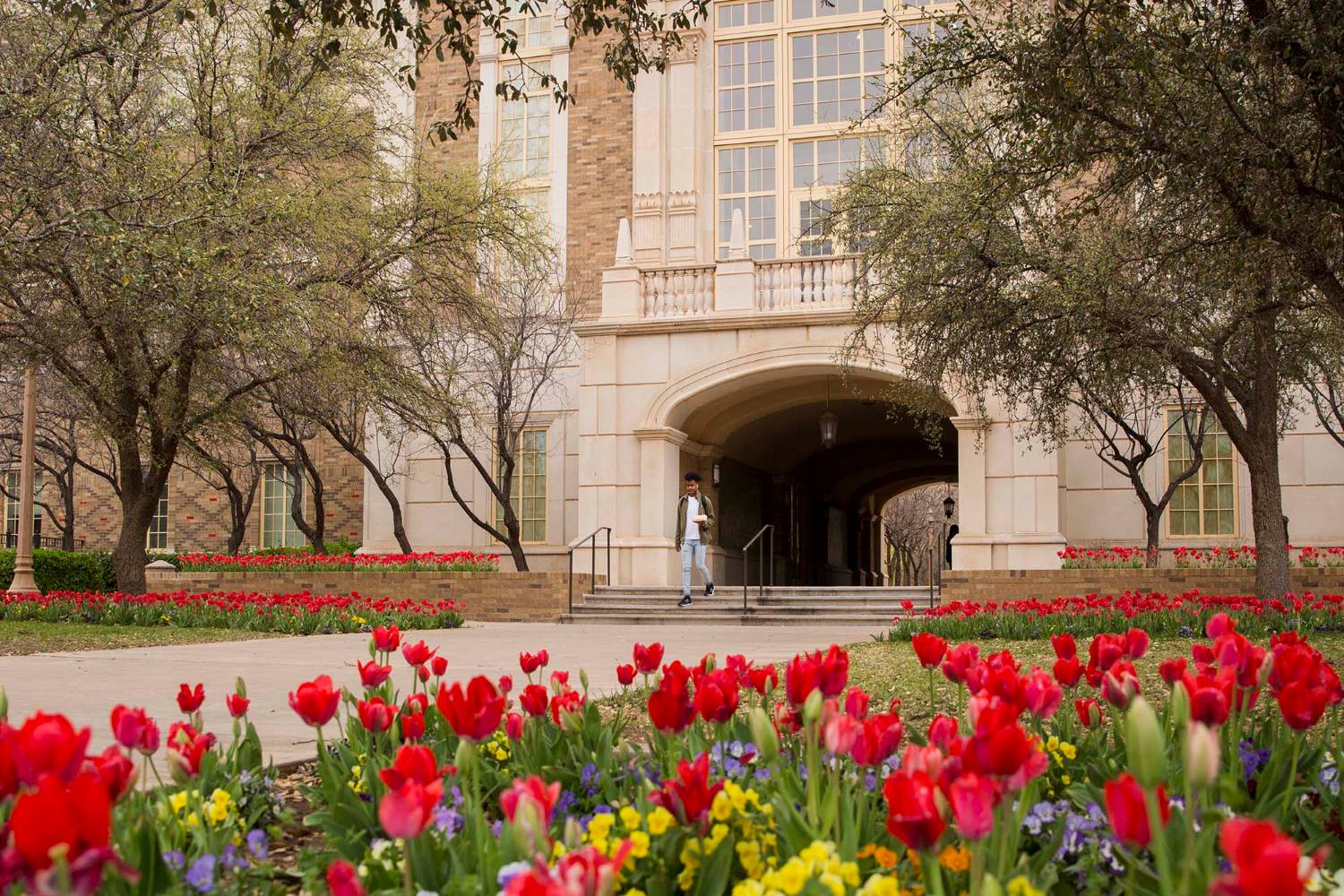 Leaders from 30 school districts across Texas recently gathered at Texas Tech University to learn innovative ways to address a shortage of teachers in rural areas.

Texas Tech University has been at the forefront of a new statewide effort to improve the talent pool for rural schools, which often struggle to recruit and retain high-quality teacher educators. This year it became one of 25 institutions in Texas – and one of just three universities – to receive a new, $411,000 state grant from the Texas Education Agency (TEA) specifically created to address the shortage.

Leaders from 30 school districts across the state recently gathered at Texas Tech to learn innovative ways to address teacher shortages at schools in rural areas. The College of Education showcased its accelerated teacher preparation program developed with the TEA funds and sought to share tips with Texas school districts on how they could create similar programs or partner with the university.

Texas Tech hosted Karen DeMoss, director of the Sustainable Funding Project at Bank Street College of Education, who led a session teaching superintendents and representatives from Texas school districts how best to apply for the TEA grants. The agency recently opened a new round of applications for the grant program, which is called “Grow Your Own: Teachers.” The deadline for applying is Nov. 13, 2018.

“We've been approached by numerous rural districts, and we know of the need and the overreliance on lesser-quality certification programs,” said Doug Hamman, department chairman of teacher education. “We saw this event as a way we could provide a service to those districts as well as possibly expand our programs.”

Texas Tech has used its TEA grant to create an accelerated teacher-training program specifically designed to help supply rural school districts with well-trained educators committed to staying in those communities. Called TechTeach Across Rural Texas, the program involves a rigorous, one-year residency for student teachers at a rural school district and requires candidates make a three-year teaching commitment there.

In exchange, college juniors can complete a Bachelor of Science degree and earn teacher certification in just one year. They also receive a $15,000 stipend to support them during the year-long clinical teaching component.

“Rural districts often grapple with the very same teacher staffing issues that large urban districts struggle with, but they often have fewer resources to draw from,” Hamman said. “This program identifies community members who want to be teachers and prepares them in their community specifically for that community. That's a recipe for long-term retention of teacher talent.”

Texas Tech also used the event to highlight some of the success it already has seen with its innovative teacher preparation model.

Mason said the district hired four graduates of that program, and now two TechTeach Across Rural Texas candidates have started one-year residencies on campus. After those two are hired, he said, nearly half of Crosbyton's elementary teachers will be from innovative partnerships with Texas Tech.

“Once they come out of the program, they have a year of teaching under their belt,” Mason said. “They've made their rookie mistakes, but they've made them in a safe environment where they have a mentor to watch over them and guide them.”

A district 35 miles east of Lubbock with about 360 students, Crosbyton has struggled to find long-term replacements after a wave of teacher retirements several years ago, Mason said.

“We were hiring young teachers and they would come to Crosbyton and stay a year or maybe two, then they would go to Lubbock or they would go to the Dallas/Ft. Worth area,” he said. “Constant turnover at our elementary caused our students to suffer, and we had big gaps in education. We had to do something to stop the bleeding.”

The $15,000 stipend helps break down barriers that may discourage prospective teachers.

Taylor McWilliams, a 20-year-old TechTeach Across Rural Texas student-teacher at rural Slaton ISD, said the stipend allowed her to move closer to her school and make the commute more manageable.

“I feel like my time is much better spent without having to drive 45 minutes every day,” said McWilliams, who has experience with small-town schools from growing up in New Deal. “I can spend more time after school getting things ready for our lesson plan because I don't have to worry about making almost an hour drive home to get things done that I need to get done at home.”

Texas Tech Provost Michael Galyean said the university's teacher preparation efforts represent a commitment to the original vision of the State Legislature when it established Texas Tech in 1923 to serve the rural region's needs.

“What's important to us is that we haven't forgotten our original mission and the roots we have in West Texas,” he said.