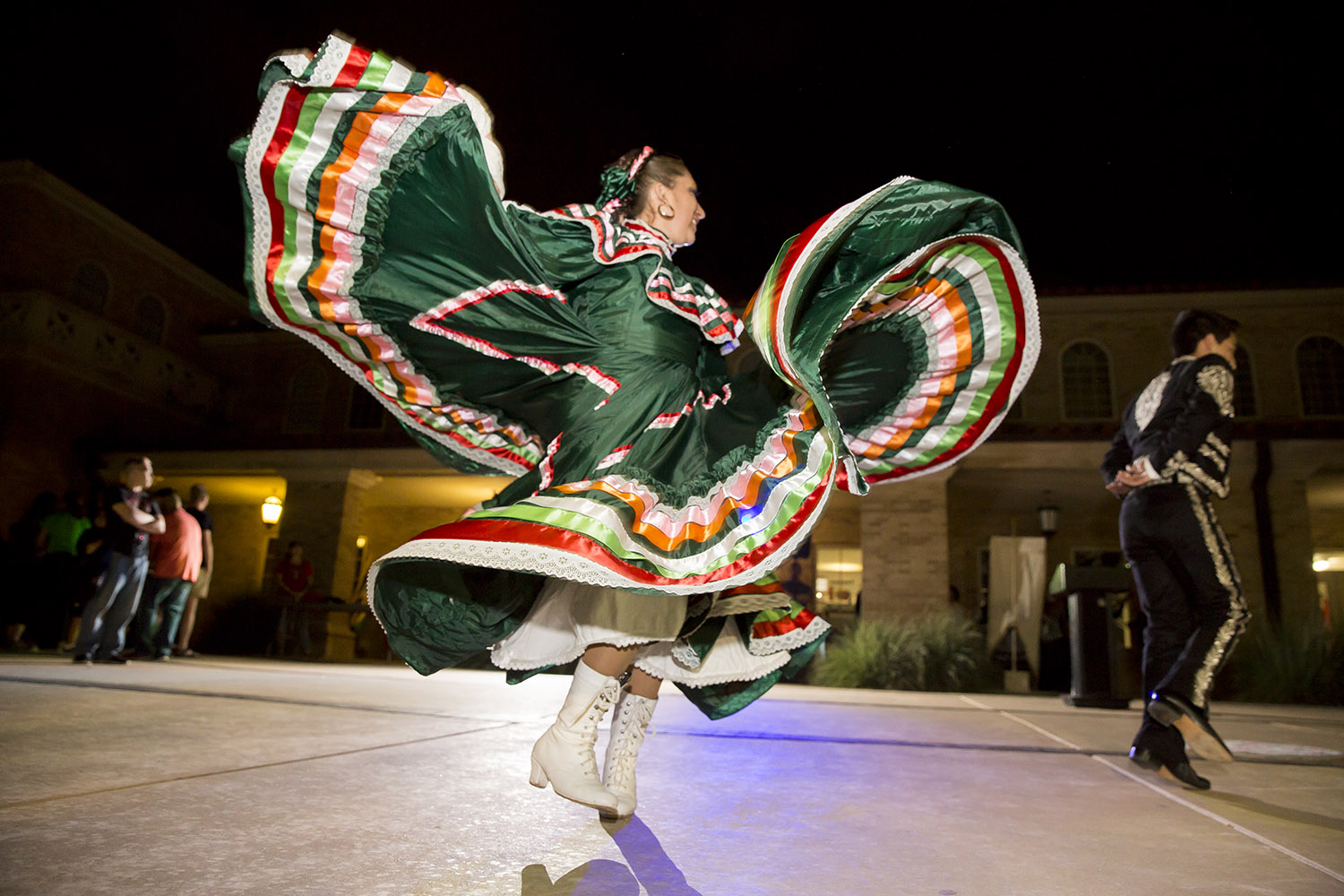 The event honors the legacy of Mexico’s declaration of independence from Spain while sharing history and cultures from Latin American countries.

The Texas Tech University Division of Diversity, Equity & Inclusion will host El Grito, a celebratory event that kicks off Hispanic Heritage Month, at 6 p.m. on (Saturday) Sept. 15. The event follows the Celebrate Cotton football game between Texas Tech and the University of Houston and will take place in the area just west of the Frazier Alumni Pavilion, 2680 Drive of Champions.

Held at Texas Tech since 2010, El Grito honors the legacy of Mexico's declaration of independence from Spain while sharing history and cultures from Latin American countries. It is hosted in conjunction with Most Rev. Placido Rodriguez, C.M.F., Bishop Emeritus of Lubbock.

“El Grito has been celebrated at Texas Tech for the past eight years, and this year we are hosting the event at Raider Alley to give the greater Texas Tech community the opportunity to be involved in this important and historic event,” said Carol A. Sumner, vice president of the division. “Given our recent recognition as a Hispanic-Serving Institution, our community shares a history and legacy that has translated into a rich milieu of Hispanic cultures and backgrounds. Together we share in learning about the highly diverse body that is the Texas Tech family. We look forward to seeing everyone after the Texas Tech-University of Houston football game, which is also our Hispanic Heritage game recognizing that Sept. 15 is the first day of Hispanic Heritage Month.”

During the ceremony, Rodriguez will conduct the flag presentation, representing each of the 21 countries that separated from Spain after the declaration of independence in 1810. A short story will be narrated to the crowd explaining the meaning of each symbol on the flag and how the country defended itself against Spain. The Mariachi Los Matadores and El Ballet Folklorico Nuestra Herencia also will perform at the event.

El Grito is free and open to the public. Free food and beverages will be available.