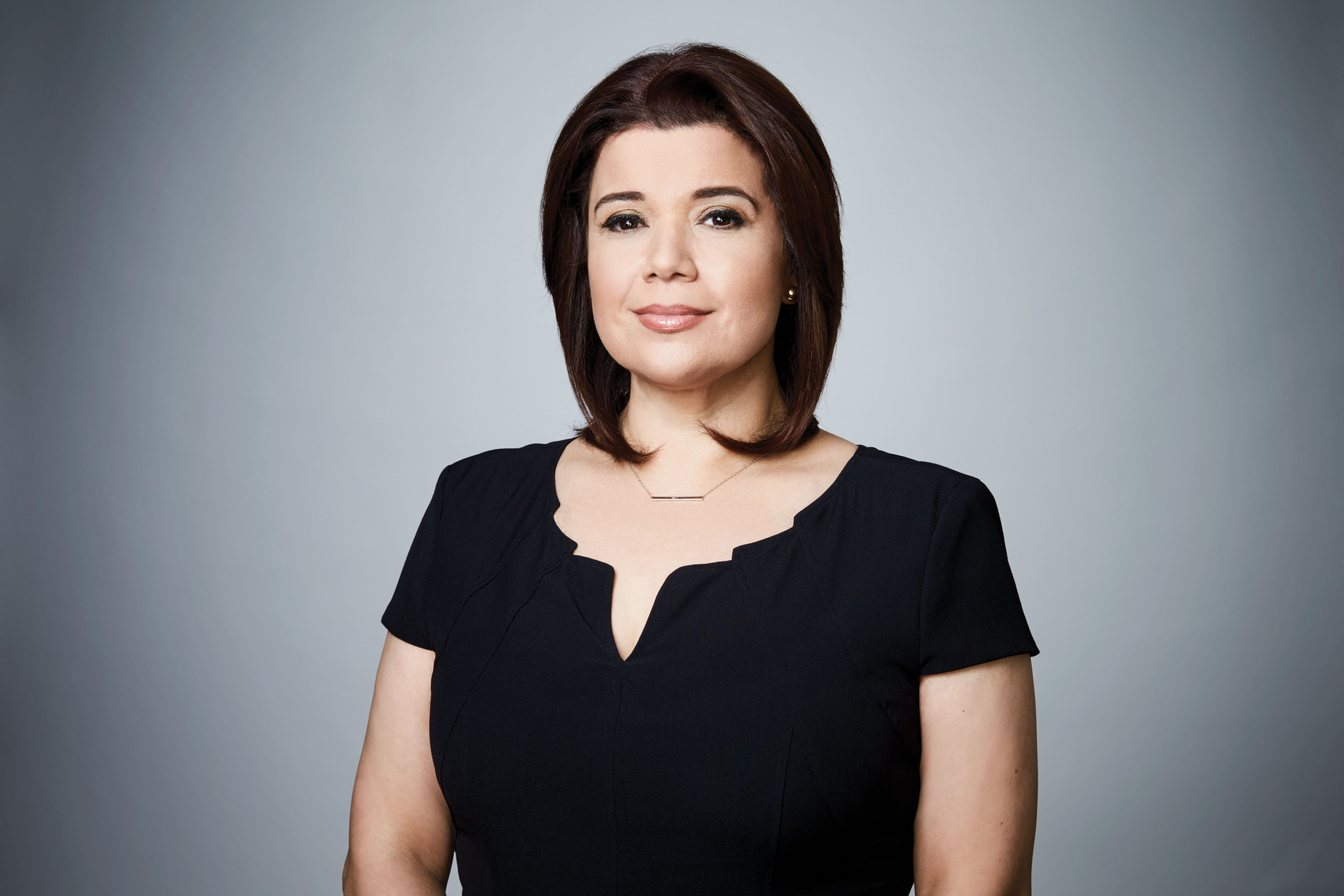 The Republican strategist and political analyst will deliver the keynote remarks at the annual event, which recognizes those who exemplify inclusive excellence.

Each fall, Texas Tech University's Division of Diversity, Equity & Inclusion recognizes those within the Texas Tech and Lubbock communities who exemplify inclusive excellence. This year, the division welcomes Republican strategist and political analyst Ana Navarro as the keynote speaker for its annual fundraising Celebrate Diversity Banquet. Navarro will speak on the importance and value of diversity.

“The Celebrate Diversity Banquet is a scholarship event that provides a wonderful opportunity to celebrate members of Texas Tech and the greater Lubbock community,” said Carol A. Sumner, vice president of the division. “We are elated to celebrate this occasion for the eighth consecutive year. We consider it an honor to recognize those who have, with great humility, recognized that being a great leader begins in service to others. At the core of this celebration is an opportunity to raise funds to support scholarships that will be given to Texas Tech students.”

This year's banquet will begin at 6:30 p.m. Oct. 15 at the McKenzie-Merket Alumni Center. The event serves as the division's kickoff to Texas Tech's homecoming week festivities.

“The banquet provides attendees with opportunities to celebrate the rich diversity that makes Texas Tech and Lubbock the great places they are while also generating funds for student scholarships,” said Cory Powell, director of the Mentor Tech Mentoring Program and the Office of Academic Enrichment. “Over the course of the last seven years, more than $35,000 has been awarded to deserving students through the annual event.”

As a well-known Republican strategist and a political analyst for CNN and CNN en Español and a political commentator for ABC News, Navarro is in touch with the current political climate and able to discuss the latest hot-button issues, giving audiences an insider's view of upcoming elections and a roadmap for where the country is headed.

Respected on both sides of the aisle for her straight shooting and candor, Navarro is frequently sought out by the media, appearing on shows like Meet the Press, Bill Maher's Real Time, Anderson Cooper 360 and The View.

“The ability to bring Ana Navarro to Texas Tech was also done with great intentionality, as Oct. 15 is the final day of Hispanic Heritage Month,” Sumner said. “What better way to provide opportunities for students while celebrating those who have blazed the trail before and demonstrated their commitment to diversity and community building.”

The recipients of the Robert L. Duncan Community Champion Award and the Inclusive Excellence Awards, who will be announced at a later date, also will receive recognition at the banquet. General tickets are $75 and VIP tickets are $100. Tables of eight are available for $1,000, $1,500, $3,000, $5,000 and $7,500 sponsorships.

Navarro served as the national Hispanic co-chair for former Utah Gov. Jon Huntsman's 2012 campaign and the national co-chair of the late Sen. John McCain's Hispanic Advisory Council in 2008, where she also was the national surrogate for the McCain 2008 campaign. In 2001, she served as ambassador to the United Nation's Human Rights Commission, devoting much of her energy to condemning human rights abuses in Cuba. She has played a role in several federal and state races in Florida, served on former Gov. Jeb Bush's transition team in 1998 and was his first director of immigration policy in the Executive Office of the Governor.

Prior to her work in the public sector, Navarro represented private and public clients in the private sector on federal issues, including those related to immigration, trade and policy affecting Central America. She also served as a special adviser to the government of Nicaragua and was one of the primary advocates for Nicaraguan Adjustment and Central American Relief Act (NACARA).

Navarro was born in Nicaragua and immigrated with her family to the U.S. in 1980 as a result of the Sandinista revolution. She graduated from the University of Miami in 1993 with a bachelor's degree in Latin American studies and political science and received her juris doctorate degree in 1997.