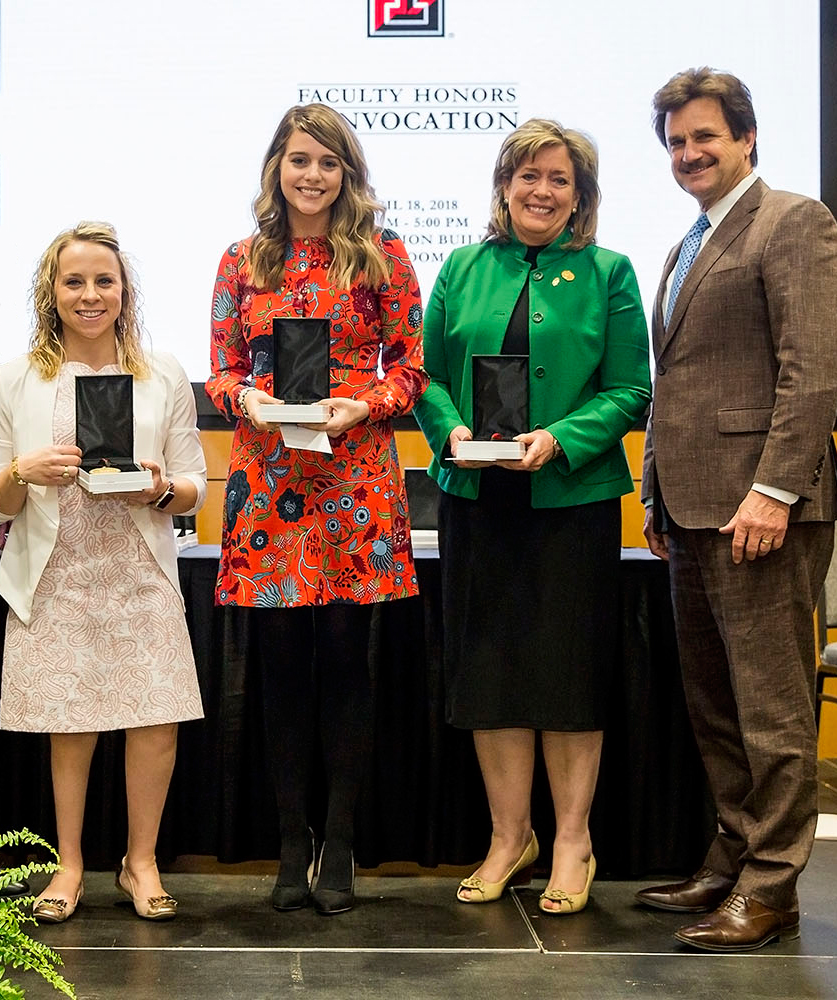 Nearly everyone knows, anecdotally, how a room's aesthetics can affect them. Black walls can feel claustrophobic. A messy space can feel overwhelming, while a tidy space can feel more relaxed.

These perceptions, which might be mildly irritating to most of us, can be overwhelming to individuals with autism spectrum disorder (ASD) because of their increased sensitivity to sensory input, such as light, noise, clothing or temperature.

In the early 2000s, however, ASD was far less studied than it is today. There were no easily accessible recommendations for how to help people with the various disorders under the ASD umbrella: autism, Asperger's syndrome, childhood disintegrative disorder and an unspecified form of pervasive developmental disorder. Kristi Gaines, who had been a professional interior designer for 10 years by that point, began her doctoral studies in 2003 at Texas Tech University intending to change that.

“I've known a lot of children with autism through the years, so I have seen firsthand how the physical environment impacts their behavior,” said Gaines, now an associate professor of interior and environmental design in the Texas Tech Department of Design within the College of Human Sciences, and associate dean of the Graduate School. “So when I came back to school to work on my doctorate, I decided I wanted to pursue designing for autism.”

More than a decade's worth of work has translated into an award-winning book on that very subject: “Designing for Autism Spectrum Disorders.”

Because there was almost no existing research linking ASD and a person's environment, Gaines began conducting it.

“I was specifically interested in classroom environments because of the importance of early intervention and being able to make a bigger difference,” she said. “Early intervention is critical to improve long-term outcomes for people on the spectrum.”

Gaines started with a focus group of autism experts who had a master's degree in special education and had personally worked with a child with autism within the past five years. Conventional wisdom, at the time, said that for autistic children to be successful in school, they needed for all stimulation to be removed.

“My research showed that was not the case,” Gaines said. “You still had to have stimulation, but space organization, lighting, color, all those things were factors, and they had to be used correctly.”

Based on data gained from about 600 participants, Gaines subsequently published articles on individual environmental aspects, such as lighting, color and noise.

“As the next step, I wanted to apply these to residential environments, particularly home environments where children live,” she said.

From there, she branched out, first studying the care for aging populations, then care facilities in the United Kingdom for people with autism. She collaborated with Su-Jeong Hwang Shin, an associate professor of apparel design and manufacturing in the Department of Design, to create specialized clothing for children with ASD; with Malinda Colwell, a professor of human development and family studies, on research into the importance of secret spaces for children's socio-emotional development; and with Charles Klein, an associate professor of landscape architecture, on a project to redesign childcare center play spaces to optimize physical and educational opportunities.

She's even advanced into neuroscience, thanks to the Texas Tech Neuroimaging Institute. Collaborating with Michael O'Boyle, a professor of human development and family studies and the College of Human Sciences' associate dean for research; Michelle Pearson, an assistant professor of interior design in the Department of Design; Debajyoti Pati, a professor of interior design and the Rockwell Endowed Chair in the Department of Design; and doctoral student Kareem Al-Khalil, Gaines' newest project aims to see what's actually happening inside the brains of people with ASD when they view a video walk-through of digitally created classrooms.

After presenting some of the early research at the Environmental Design Research Association conference, Gaines was approached by a representative of Routledge, the world's leading academic publisher in the humanities and social sciences, about the possibility of compiling her research into a book.

“The goal of this book is to explain the ways the built environment can positively or negatively influence individuals with neurodiversities,” Pearson said. “This information could assist a wide variety of readers, including individuals and family members of those with ASD, educators, healthcare providers, etc.”

Although the book was written based on research, the co-authors were careful not to make it too academic so it would be useful for a broad audience of researchers, design professionals, facility administrators, parents and caregivers alike.

“I thought people could pick up sections and – whether they're designing for a school, a medical center, a group home or their own home – they can go to each chapter and find a resource,” said Bourne, a professor and the honors bachelor of interior design program coordinator at Fanshawe College in Ontario, Canada.

“It's focused toward people with ASD,” Bourne said, “but the recommendations from it could easily be applied to people with other intellectual and developmental disorders.”

The book is an important addition to the design world, Gaines said, because it brings attention to the necessity of designing for inclusion.

“People with neurodiversities, such as ASD, may be more sensitive to environmental stimuli,” she explained. “By addressing design features such as lighting, color, noise and space organization, the quality of life for individuals with ASD can be improved. Many ‘stereotypical' behaviors demonstrated by individuals with ASD are actually sensory responses to physical environmental features.”

A person's environment, Pearson stressed, can impact their behavioral, emotional and physiological outcomes – regardless of whether they have ASD.

“Those with ASD are especially impacted by their surroundings,” she said. “It is important those surroundings are designed in a way that is both supportive and nurturing to their individual needs.”

And, as time passes, the importance of such design is only going to grow. As Gaines pointed out, the number of children diagnosed with ASD continues to rise. The latest statistics show the rate in the United States is 1 in 59 children: 1 in 37 boys and 1 in 151 girls.

“By 2024, there are a projected 500,000 children in the United States who will be diagnosed with ASD,” Pearson said. “As the number continues to increase, it is important that we begin to move towards inclusive environments where all are considered.  The recommendations made in this book are beneficial to all, whether neurodiverse or neurotypical.”

It seems their peers in the design world agree.

“I am overwhelmed by the recognition the book has received,” Gaines said. “I am very proud to work in a profession that values the need to design for populations who are more sensitive to environmental design and features.”

Although the co-authors all agreed they feel honored to be recognized by the academic community for their work, they said the real payoff will be in seeing it properly utilized.

“I have known many individuals throughout my life who were on the spectrum, and I have always been inspired by them,” Kleibrink said. “I truly hope this book will make a difference in the lives of children and adults with ASD.”