Stevie Sanchez Stretches the Limits of Being a Non-Traditional Student 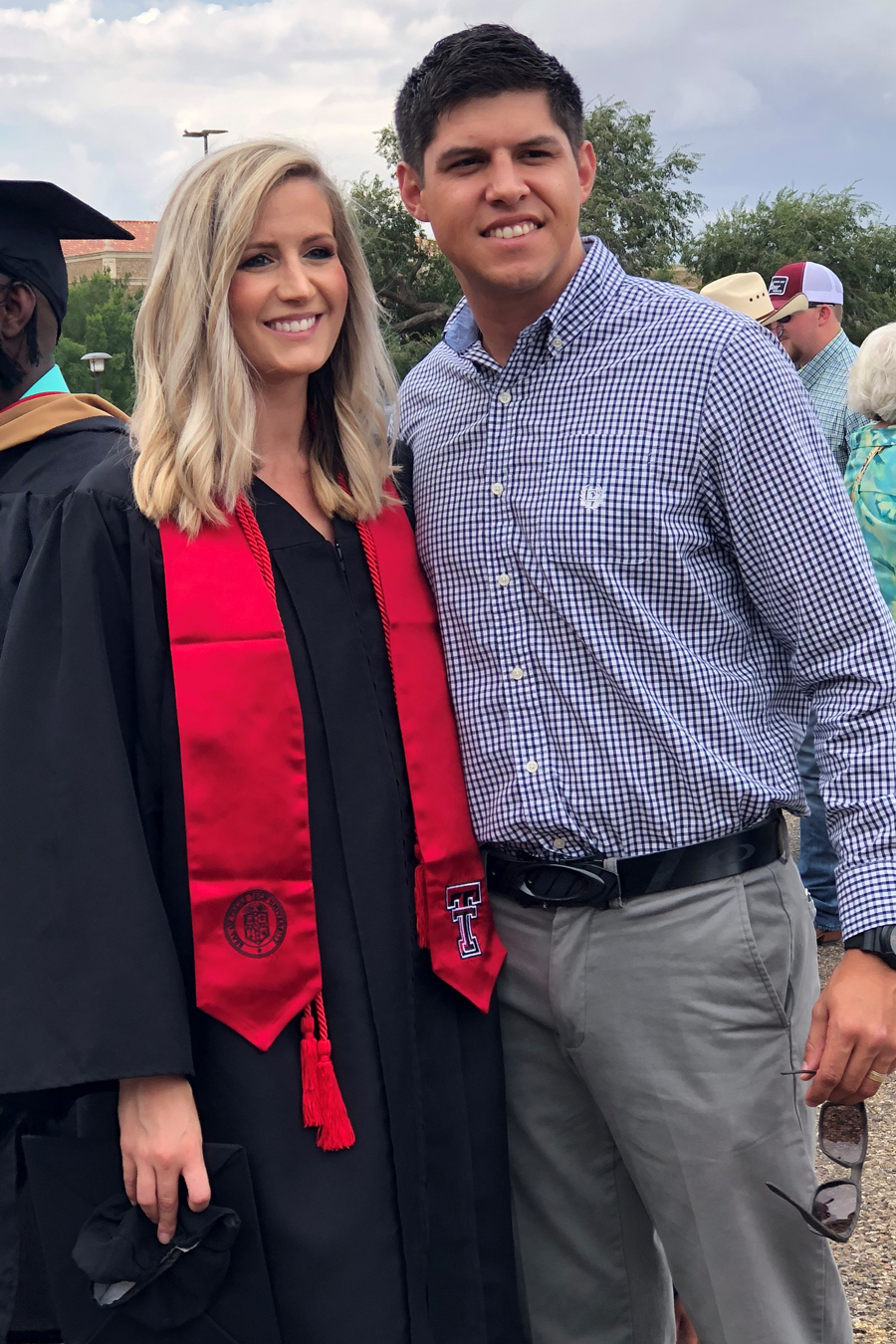 After a 13-year journey, the Crawford native recently earned a Texas Tech University degree of impact by unconventional means.

Dreams deferred tend to head in two different directions. They either come to fruition or fade away and remain only dreams instead of hang-your-hat-on accomplishments.

Non-traditional students have to figure out which path fits them best. Stevie Sanchez found herself at just such a crossroads several times over the last 13 years.

Determination was a big ingredient to her success, but she also seized full advantage of the window of opportunity she found in the Texas Tech University Department of University Studies through the school's Waco campus to turn a dream into reality.

Sanchez graduated earlier this month with a bachelor's degree in University Studies with concentrations in Communication Studies, Human Development and Family Studies, and Sociology. But her story, full of twists, turns, delays and re-starts, is more than one of just another proud graduate who earned a degree of impact.

Not only did Sanchez graduate, she accumulated a 3.9 grade-point average while navigating a road less traveled and carried the University Programs' banner in commencement ceremonies.

There's also this: When Sanchez arrived in Lubbock on graduation day, it was the first time she had stepped on Texas Tech's main campus since she was there in 2005 for registration shortly after graduating from Crawford High School outside of Waco.

“I went to registration right out of high school and when I got there, I realized pretty quickly that it was too far for me to be away from home,” said Sanchez, who still lives in Central Texas. “Lubbock has really changed a lot since then.”

Same can be said for Sanchez as she steered her way to an academic finish line that might've seemed unattainable at different points along the way.

When the first foray to Lubbock didn't pan out, Sanchez began her college career at McLennan Community College in Waco, starting an odyssey that took her to Texas State University, Blinn College and finally a cosmetology program where she earned certification and was able to begin a career.

As is the case for many non-traditional students, Sanchez encountered the hurdles of everyday life after she married Ryan Sanchez and they had two children.

“My plan was always to go back to school,” Sanchez said. “But you get busy and do things you need to as a parent, and you have to make a living and time goes by pretty fast.”

Enter the opportunities available at the Texas Tech University at Waco.

Sanchez was determined to pursue the dream she had set out to fulfill more than a decade earlier, so she contacted Sydney Cox, an academic adviser at the Texas Tech Waco-Michaelis Academic Center. The two women met when Sanchez was a student at McLennan, where Cox has worked with non-traditional students for several years.

“The first question I asked her is what I ask most non-traditional students: ‘What are we looking for? What do we want to do?' ” Cox said. “When she told me what her goal was, I told her ‘This will fit with your family schedule and you can accomplish the same exact thing as if you were in Lubbock – you just don't have access to all the activities on campus.'

“With non-traditional students, the biggest thing is to just let them know there is no reason you can't do this.”

As eager as Sanchez was to get back on track, she had to manage a different set of challenges than normal students. Being a mom was at the top of that list, but that new role also helped solidify her resolve.

“I think the most overwhelming part when I was younger is that I wasn't sure what to major in,” Sanchez said. “When I had my kids, I felt like I had found a direction. But I was also looking for something that allowed me time with them.

“For me, when I went back to school, I had a lot more appreciation of what it means than when I was younger. I set a goal and focused on getting it done – to finish by the time my oldest started kindergarten. Being an older student with a family really teaches you how to manage time and be able to work around schedule.”

Which, again, led back to the Waco campus.

Besides her duties as a wife, mom and homemaker, Sanchez also was working full time. To make things rattle and hum, she relied on alternative educational methods and added to her non-traditional student status even more.

In her final two years en route to her degree, Sanchez took every course except one online.

“I think the biggest benefit of the whole scenario was being able to take almost everything online,” Sanchez said. “The flexibility of a schedule where I could work on my own time and at my own pace allowed me chance to keep pursuing this. That really was my saving grace.”

Although Sanchez isn't alone in her feat as a recent graduate in many ways – non-traditional, off-campus, online, etc. – Cox marvels at the fact she has rolled all of those characteristics into one degree.

“What she has done really exemplifies a large number of our non-traditional students in some way or another,” Cox said. “The average age of the students from (the Waco campus) is 28, and a lot of those students have kids and jobs and different responsibilities. The thing that makes Stevie so unique is that she has juggled all of those things and had been away from school for a while. She jumped back in and powered through and that's really neat.”

With her goal achieved, Sanchez didn't waste any time putting her degree of impact to good use. She graduated on Aug. 11 and two days later began a new job as a kindergarten teacher at Valley Mills Elementary School northwest of Waco.

“It's been a whirlwind the last few years and now I am where I want to be,” Sanchez said. “Teaching is what I am meant to do, and I couldn't have gotten here without Texas Tech.”

You don't have to live in Lubbock to pursue a degree from Texas Tech University. With recognized unique regional teaching sites extending our reach across the state, your educational goals can be achieved from anywhere! The degrees earned from Texas Tech regional sites are the same as those earned on the main campus in Lubbock. In other words, your diploma will read the same as those graduating from the on-campus degree programs in Lubbock.

Take a course, or pursue a degree or certificate through one of Texas Tech's regional sites: