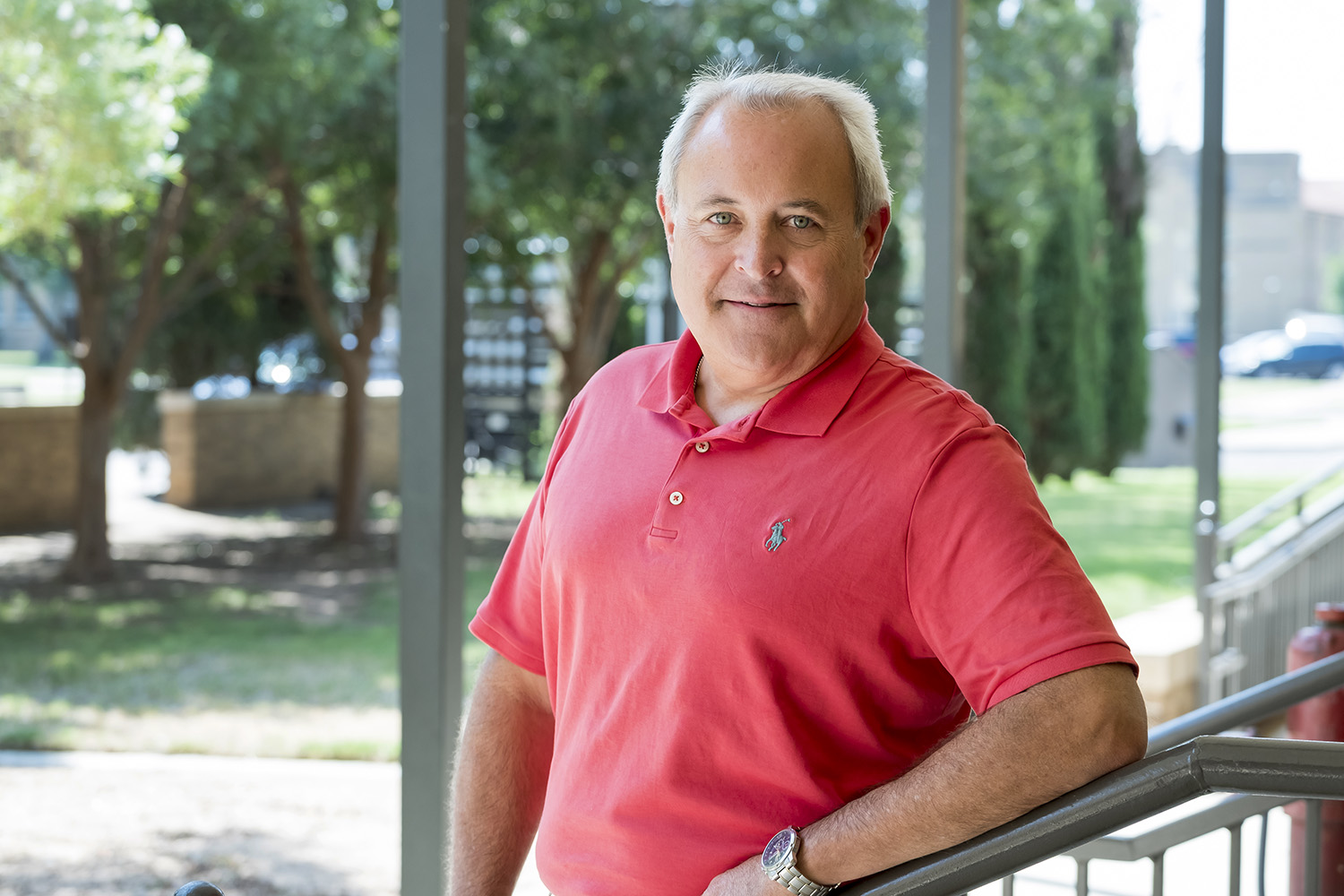 The new chairman of Hospitality and Retail Management in the Texas Tech University College of Human Sciences isn't a name-dropper, but if he was, he sure has some names he could drop.

Between earning his master's degree in 1984 and his doctorate in 2012, Robert Paul Jones spent nearly three decades working in industry, mostly in retail but also in hospitality. He spent five years working for Dollywood Theme Park and country music legend Dolly Parton. He spent two years in charge of merchandise planning for the Shop At Home television network, where he worked with “names and faces everybody knows, from Emeril Lagasse on down,” he said.

Now that he's at Texas Tech, he wants to put those connections to use.

“Both the hospitality program and retail program have outstanding reputations across academia, and they're well-respected within industry,” Jones said. “I spend a lot of time working with industry; it's very important to me that we stay closely connected to industry so we're able to make sure our students have the necessary skillset when they leave the program.

“Whether it was at Pepsi or 7-Eleven or Dr Pepper Snapple, there isn't a single person in the industry I talked to who didn't hold these programs in high regard. My goal here is to, A, not screw that up and, B, figure out how we take it to the next level – how we can leverage that reputation toward more relevant skillsets for our students, making sure industry feels like they're more involved here so they have some skin in the game with this program. The more they feel tied to the program, the more they're going to put our students in great places when they graduate from here.”

He began working in retail, first as a buyer for men's clothing for a department store before moving up to two merchandise manager positions. In addition to Dollywood and Shop At Home, Jones subsequently worked as vice president of merchandise for Jewelry Television.

“I worked anywhere from Baton Rouge, Louisiana, to Rochester, New York, and everywhere in between – sometimes five different anywheres in between in one year,” Jones laughed. “Always, somehow, I kept ending up in either Knoxville or Nashville, so Tennessee ended up being where we landed.”

After all, his daughter, a kindergarten teacher, and her husband and son live in Knoxville. His son, who lives in Nashville, is the general manager of a restaurant in Franklin, a city of about 75,000 people just 20 miles away.

Despite having a great career, Jones had always intended to earn his doctorate. So when his position with Jewelry Television brought him back to Knoxville in 2006, he decided it was “now or never.”

In 2009, he began his doctoral studies in retailing management at the University of Tennessee. He served as a graduate instructor along the way and, upon his graduation in May 2012, he accepted another position in academia.

Jones and his wife uprooted and moved to Texas for his new job as an assistant professor of marketing, associate director for the Center for Retail Enterprises and an associate member of the graduate faculty at the University of Texas at Tyler.

Then fate stepped in and nudged him toward Lubbock.

While interviewing for the position he now holds, Jones attended the annual conference of the Category Management Association, a professional organization that seeks to drive category and brand growth by building shopper satisfaction and facilitating strategic collaboration between retailers and suppliers. He used the opportunity as a chance to ask about Texas Tech and was impressed with what he heard.

“I never had anybody give me any negative reaction to Texas Tech, and being in the Category Management Association, one of the things you know is that one of our faculty, Deborah Fowler, literally wrote the book on category management,” he said. “We have that kind of expertise here.”

After his reconnaissance work, Jones thought he knew what he was getting into, but something still surprised him when he arrived.

“The people could not be nicer,” he said. “Anybody and everybody jumps up to say, ‘How can we help?' We have a fantastic team in the college. Everybody pitches in to make sure I get up to speed as much as possible.”

Jones feels grateful for the reception he's received in Lubbock and said the community's openness allows him to branch out sooner than he might otherwise.

Within his first month on the job, he went to Costa Rica, visiting Texas Tech's new campus and making sure it's ready for the students expected there imminently.

“One thing that's super exciting to me is the opening of our hospitality program in Costa Rica in August,” he said. “That really interested me, the opportunity to have an international component to our program. I've had lots of interest from other universities that would like to work with Texas Tech on having their students get international experience by leveraging our campus. It's exciting to be at the very beginning of a new program launching.”

It's tough stepping into a new position and immediately facing such a hard and fast deadline – the doors must be open and students in the seats on Aug. 27 – but Jones said the faculty in Hospitality and Retail Management have been invaluable in helping him.

“Any time you get too comfortable, it's time to go do something new, because you're probably leaving something on the table,” he said. “If you're going to get out of your comfort zone and challenge yourself, you have to put yourself in some uncomfortable situations.”

He has a book on his desk called “Disrupting the Status Quo,” and if anything sums up his philosophy, it's that.

“One of the things I want to focus on here is, how can we be disruptive here with our program – disruptive to how higher education is delivered and disruptive to the content that will help our students be ready for jobs,” Jones said. “Not just those jobs that are here today, but those that will be available five and 10 years down the road. How do we help industry through the difficulties it's having? We have to be disruptive to get it out of the same old way of thinking.

“It's a way of constantly challenging yourself, and, to me, that's how we deliver the very best experience to our students. At end of the day, my goal is that students walk out of here with a skillset that completely alters the trajectory of their careers. Our students shouldn't be hired by industry as some of the best – it should be, they are the best. Industry should be fighting over our students. That's the environment I want to have, and there are things we can to do put students in that position.”