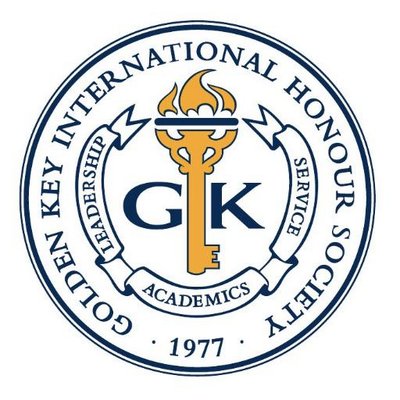 Out of more than 400 chapters worldwide, Texas Tech is one of just 33 chapters to receive the Key Chapter Award this year.

This summer, Texas Tech University's chapter of the Golden Key International Honour Society was awarded the Key Chapter Award, the organization's highest honor. Of the more than 400 chapters worldwide, Texas Tech was one of just 33 chapters to receive the award, and the only chapter among those in the Big 12 Conference to receive the honor and a gold-standing ranking.

“Working with our top scholars has been a joy,” said Heather Medley, assistant director of Texas Tech Student Financial Aid & Scholarships. “Assisting them in accomplishing their goals is quite rewarding. The Texas Tech chapter continues to be recognized internationally for its leadership and creativity.”

Established in 1985, the chapter at Texas Tech has received gold standing each year since 2009. This is the first time since 2011, when Medley was named adviser, that it has received Key Chapter. The honor includes a $500 cash award, a plaque and recognition at the organization's Leadership Summit in New Orleans this summer.

“To be able to achieve Key Chapter in my first year as president has been incredible,” said Cassidy Riza, a senior mathematics major from Clarendon who began serving as chapter president this spring. “I am so proud of my officer team for stepping up with me when I put lofty goals in front of them, and working alongside Heather this year has been a phenomenal learning experience for me.”

Golden Key chapters are ranked each year on several criteria, including achievements, member involvement (current students and alumni) and community engagement. A chapter can earn a good-, bronze-, silver- or gold-standing ranking, but only those who achieve gold status are considered for Key Chapter. The application for the Key Chapter Award focuses on five components or events that distinguish a chapter from others, and a sixth spotlight component or event that exemplifies the chapter's involvement or community impact.

“Our chapter achieved Key Chapter because of a multitude of things,” Riza said. “As a chapter, we attended two Leadership Summits in Denver and New Orleans. Attending and presenting at these summits has given Texas Tech a highly respected name in the Golden Key community.”

Medley and Riza each presented workshops at the summit in Denver, with Medley focusing on earning more scholarship money and organizing the scholarship process and Riza presenting was about applying the concept of risk management to everyday decision-making.

“We adopted Shallowater Middle School, and we partner throughout the year for supplies, hygiene and book drives, registration and other events for the students,” Riza said. “We try to reach out at least once a month. Whether it is gathering combination locks for the math classes or playing kickball at the end of the year as a reward for achieving their math goal, we love being involved in such a strong Red Raider community.”

Riza said she looks forward to welcoming new members and leading the group to another Key Chapter Award this year. She said she's thankful for the way Golden Key has prepared her and her fellow members for life after Texas Tech.

“I have grown in my leadership abilities and my confidence and have become a more prepared adult for the fast-approaching ‘real world,'” Riza said. “Golden Key has opened countless doors for me by allowing me to grow my resumé through leadership, service and academic success. I am so honored to serve as the Texas Tech chapter president.”

The Golden Key International Honour Society is the largest collegiate honor society in the world, with more than 4 million members. Texas Tech established the 60th chapter in 1985 and now has more than 13,900 current and alumni members. To receive an invitation to join, students must be sophomores in the top 15 percent of their class. Undergraduate and graduate students in all majors who are invited are eligible to join.