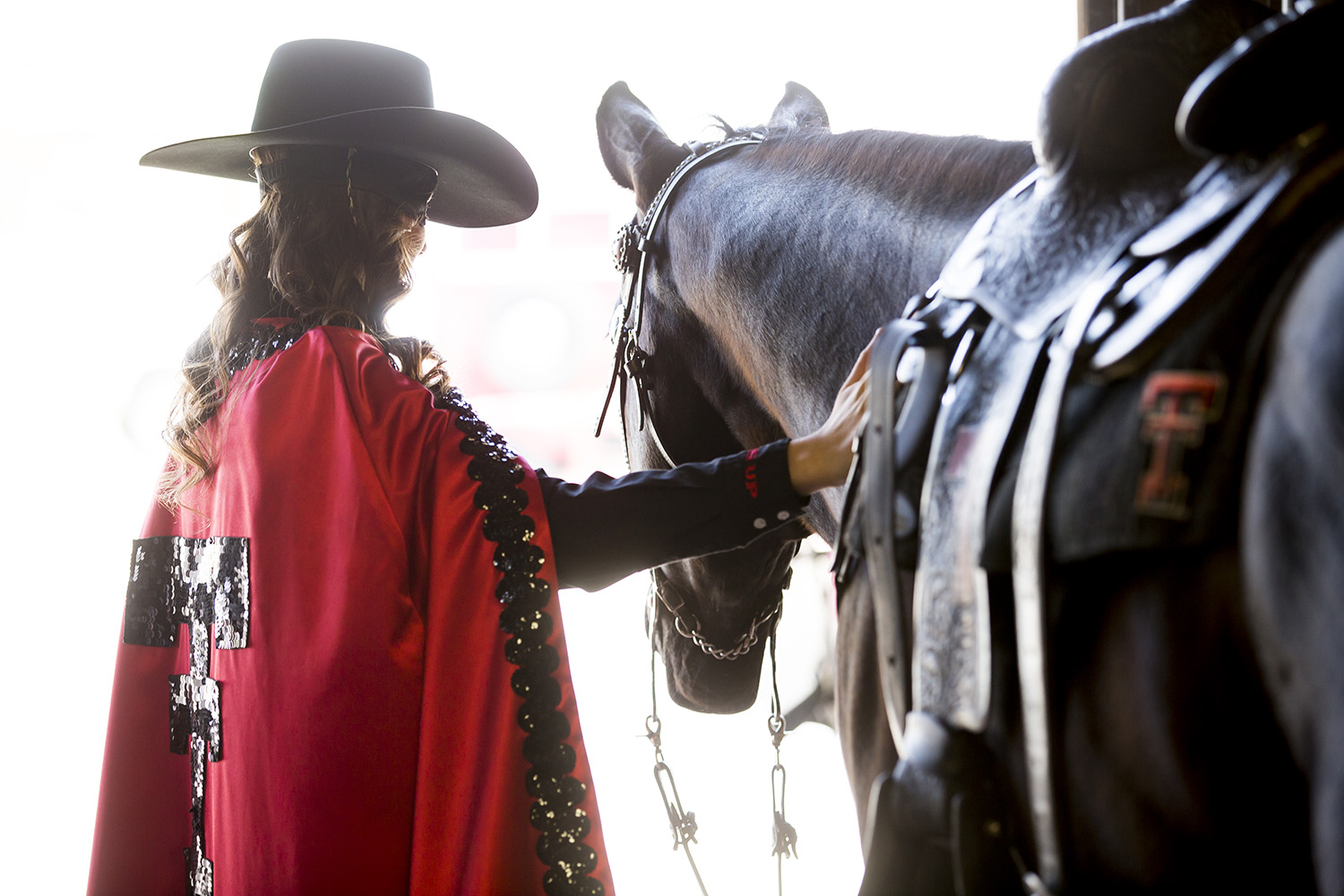 The iconic black steed ridden by the Masked Rider and visible at Texas Tech football games is out with a leg injury, but expected to make a full recovery.

Fearless Champion, the horse ridden by the Texas Tech Masked Rider at athletic events and which makes countless appearances representing Texas Tech University, will be out indefinitely due to a leg injury.

Sam Jackson, a professor in the Department of Animal & Food Sciences in the College of Agricultural Sciences & Natural Resources who tends to the horse's care on campus, said Fearless Champion could be out 6-8 weeks and will not make the traditional pre-game entrance run at either of Texas Tech's first two home football games. The Masked Rider was not scheduled to be at the Red Raiders' season opener Saturday at NRG Stadium in Houston.

It has not been decided, however, whether Fearless Champion will be on the sidelines during those games or for how long the horse will be out, Jackson said. Fearless Champion will be evaluated in three weeks to determine the progress being made on recovery from the injury. Jackson said the horse is expected to make a full recovery with no lasting effects from the injury.

“The first game would have been the Lamar game (Sept. 8), so we will see where the horse is next week and whether standing on the sidelines will hinder his recovery,” Jackson said.

Jackson said the injury occurred while the Masked Rider and Fearless Champion were making an on-campus appearance.

Jackson also said he is searching for a suitable temporary replacement for Fearless Champion during his absence.

“I'm looking, but the chance of finding one suitable is slim,” Jackson said. “If we can find the right horse, it could be ready to go for the Lamar game, but that would have to be a unique situation. It would have to be a lot like Fearless Champion was, where I felt comfortable with him going into a game 10 days from the time I saw him. If that horse is out there, we possibly could use one.”

Fearless Champion has served as the horse for the Masked Rider since ascending to the position in 2012. The 13-year-old Quarter Horse gelding made his first appearance at the Meineke Car Care Bowl on Dec. 28 of that year and has served in the role ever since.

“The Masked Rider is one of the most iconic traditions of our university,” said Stephanie Rhode, director of the Texas Tech Spirit Program. “We are confident that Fearless Champion will be back soon to continue promoting the Texas Tech spirit all Red Raiders know and love.”