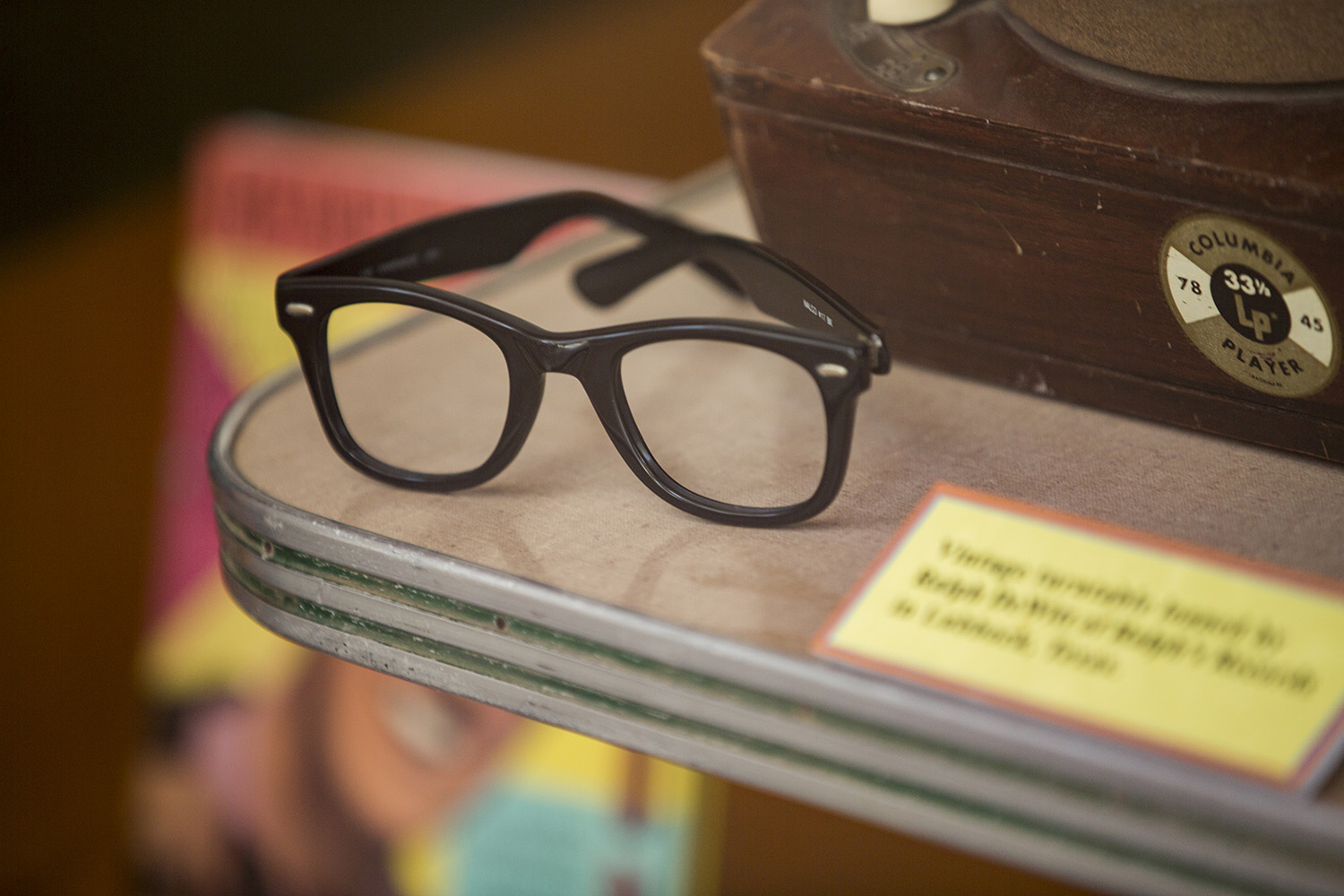 Lubbock's favorite music son, Buddy Holly, will be featured in a new exhibit at the Texas Tech University Southwest Collection/Special Collections Library, with a reception and gallery talk for the exhibit at 5 p.m. on Sept. 6.

Since his meteoric rise to fame in the late 1950s and untimely death in a plane crash in 1959, Holly's career has been celebrated globally. The exhibit contains photos, posters, ephemera and artifacts from one of his biggest fans, Bill Griggs. The Bill Griggs Collection is part of the Crossroads of Music Archive in the SWC/SCL.

Griggs is a Connecticut native who grew up devoted to astronomy, steamship travel, hot rods and radio in all its forms.

“A particular fan of disc jockey ‘Moondog' Alan Freed, he attended one of the DJs ‘Big Beat' shows and saw Buddy Holly perform with the Crickets in Hartford on March 30, 1958,” said Curtis Peoples, archivist for the SWC/SCL's Crossroads of Music Archive.

Griggs subsequently published and consulted on a number of books, articles, TV shows and liner notes for recordings. In 1981 he and The Buddy Holly Memorial Society relocated to Lubbock. He began producing music events in Lubbock and Clovis, New Mexico. For two years he ran a rock revival music show on KDAV-AM radio. Eventually, the society, licensed by the Holly estate, enrolled more than 5,500 members from all 50 states and 34 nations, Peoples said.

Griggs published for 30 years and produced 11 consecutive Buddy Holly Memorial Society conventions, as well as serving as master of ceremonies for countless annual reunions at the Surf Ballroom in Clear Lake, Iowa, site of the final concert before “the music died.” Griggs died in Lubbock on March 29, 2011.

The Bill Griggs Collection was donated to the Crossroads of Music Archive by Texas Tech alumnus Randy Steele, who was placed in charge of caring for the collection after Griggs' death. Peoples and Steele met and discovered common threads in their passion for Holly nostalgia and the result was the donation of the collection to the SWC/SCL for public research and exhibition. The exhibit will be showcased at the Buddy Holly Center in 2019.