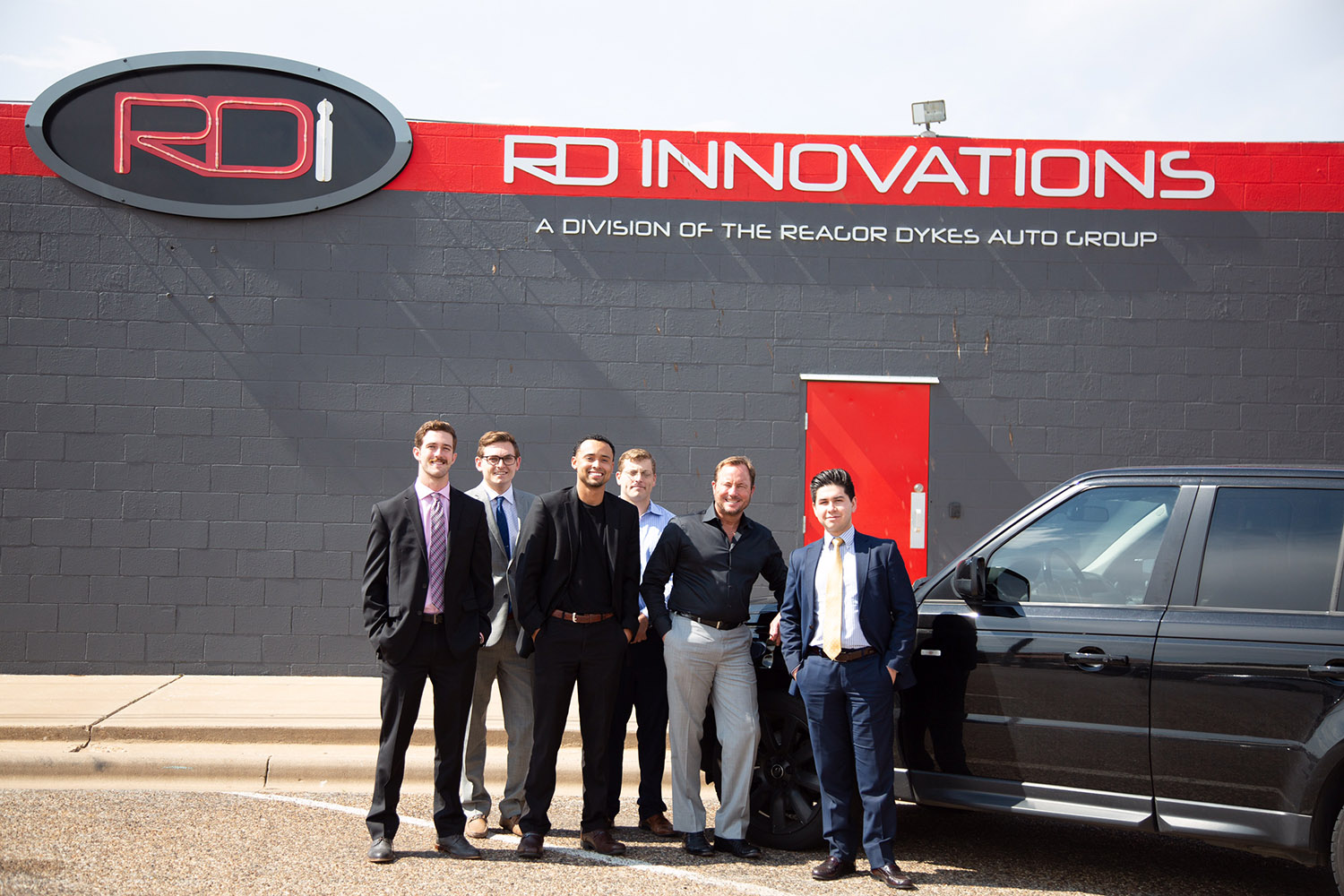 Now their company has become an entity of the Reagor Dykes Auto Group.

It's been said that, sometimes, you have to lose something to gain something better. Such was the case for Jayton Jones, who lost two phones and gained a company.

It was Spring Break of 2016, and Jones, a mechanical engineering major at Texas Tech University, wasn't having a great time. He was at a music festival with his friend, Devon Phillips, a Texas Tech student double majoring in finance and management, but it wasn't going well. The music was good, but on the first day of the festival, Jones lost his iPhone. On the second day, his work phone went missing, too.

As a replacement, he chose the Samsung Galaxy S7, which was notable as the first virtual reality-compatible (VR) phone. Shortly after the phone arrived, so did the headset to use the VR capabilities. Jones and Phillips lost no time trying it out.

“We're totally nerding out, roller-coaster riding and whatnot,” said Phillips, who was working part time as a car salesman. “And then the thought comes up, ‘Wow, what if you could buy cars like this?'”

The next 48 hours were a blur. They stayed awake, drinking Red Bull and writing their business plan.

“Within this business plan, there are two themes,” Phillips said. “One is virtual reality merchandising, but the second is really building a company that Lubbock has never seen, especially from a technology standpoint.”

One of the first things they knew they would need was a developer – someone who could actually make their idea a reality. Jones called his friend, Clayton Dorrity, a Texas Tech student studying mechanical engineering, plant and soil science and mathematics.

“He goes to the library for, like, 12 hours and comes back with a mockup,” Phillips recalled.

And finally – still within that initial 48 hours – Phillips and Jones found themselves at PlainsCapital Bank pitching the idea. Within an hour, they walked out with a $35,000 line of credit to start their business.

“From there, we hit the ground running,” Phillips said.

They began as Difyn LLC in April 2016 with Phillips as chief executive officer, Jones as chief operating officer and Dorrity as chief technology officer. Two weeks later, their friend Garrett Dewbre – who had just graduated from Texas Tech with his bachelor's degree in biology – joined the team as the chief marketing officer.

“Our main service is virtual-reality merchandising,” Phillips explained. “We allow car photographers to go shoot the vehicle and place it on our website for a 360-degree interior and exterior view. And if you have a compatible headset, you can place it on your mobile device and shop in virtual reality.”

Throughout the fall of 2016, Difyn worked with Reagor Dykes Auto Group in Plainview to build and test a prototype of the technology. But starting a company is expensive. They had to change their equipment to make the car virtually spin, and they soon found themselves in need of more funding.

They found an option within the university. Texas Tech's Innovation Hub at Research Park, which specializes in technology commercialization and startup development, hosts its annual iLaunch Competition every spring. Participants receive mentoring along the way and the company that wins receives $10,000.

They applied in late 2016 and were selected as finalists for the competition, but it wasn't until April 2017 and funds were running dry. Because they'd already been working with Reagor Dykes Auto Group, they approached CEO and owning partner Bart Reagor to see if he would invest in their company.

“I was kind of hard on them the first time,” Reagor recalled.

Undeterred by the rejection, Difyn continued to seek funding. But with two months still to go before the competition, things were beginning to look dire.

For Thornton, who had watched the company's progression, it was an easy decision to invest and join the company as its digital marketing director.

By the time the iLaunch Competition arrived and the fledgling company had to present its business plan to a judging panel of investors, the team was ready.

“The competition was a lot of fun, and we got to meet a lot of people, but I think it did two really big things for us,” Dewbre said. “It helped us put our business plan on paper and really get it prepped for what investors want to see and plan our growth out, and we also got to meet a lot of connections.”

When they found that panel members were excited about their technology and wanted to help them make connections, the friends were ecstatic.

“That gave us a lot more confidence in our product,” Dewbre said.

At the end of the competition, however, the $10,000 prize went instead to a technology intended to prevent children from being left in hot vehicles.

“We didn't win,” Phillips said. “And that fired us up, 100 percent. Although it was incredible and one of the greatest days of our lives, us not winning took it to the next level.”

“We immediately went back to the office and I don't think we slept for two days because we wanted to put this product out there,” Jones agreed. “We wanted to really complete it and make it that winning product.”

Four days after the iLaunch Competition, the team was back in Reagor's office. They had taken to heart some of his suggestions from their first meeting, as well as what they learned from the competition, and were ready to ask him again for funding.

When they finished their pitch, Reagor did something unexpected. Instead of talking about funding, he began to ask about buying their company.

On June 13, 2017, Difyn LLC became RD Innovations – RDI, for short – one of more than 30 entities within the Reagor Dykes Auto Group. With their technology, a photographer can spend three minutes or less shooting pictures of a car, then the photos are compiled into a 360-degree view and uploaded onto the Reagor Dykes website where customers anywhere in the world can view them.

“The main reason we do it is for that customer experience; it's more engaging,” Phillips said. “We're trying to be nationwide, serving people in New York or Florida or California. They should be able to see our cars online and be so confident that once they call the salesman, that relationship is already starting off on a good foot.”

Because the process is so fast, RDI can shoot and upload dozens of cars in one day. The record is 107.

“We already sold cars nationwide and in other countries through the e-commerce program we had,” Reagor said. “But now, nobody else in the auto industry – or any industry – has the technology we have that can be done on a mass scale. We're able to do business worldwide from right here in Lubbock. It's been a great partnership.”

RDI has grown as well, from five employees to 16. And with their growth comes growth for Reagor Dykes.

So what's next for the team?

It's a sentiment Reagor agrees with.

“That's one of the reasons I bought their company – these guys manage themselves. They're like me; they're motivated. They didn't need anybody to wake them up and tell them to go to work – they went to work. When you have a chance to have guys like this on your team, you make it happen. There's going to be a lot of huge things happening through RDI.”

As Texas Tech becomes a major national research university, the TTU Innovation Hub at Research Park is a critical step in building the knowledge-based economy of West Texas.

Students are the future of our innovation-based mission. To aid them in developing their entrepreneurial ideas a new student organization, Texas Tech Innovation, Mentorship and Entrepreneurialism (TTIME), has been created and will be housed in the research park. Public-private partnerships will be able to lease space to develop companies within the facility.