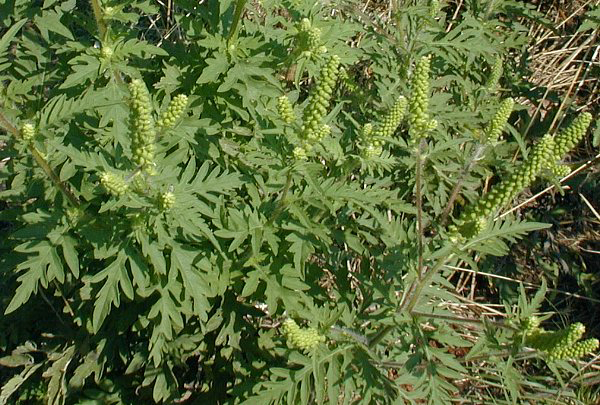 The findings by associate professors Harvinder Gill and Noureddine Abidi were published in a scientific journal.

As allergy season intensifies, many people are cursing pollen, the powdery substance released by plants for reproduction. However, pollen may serve a purpose beyond making new plants and triggering sneezes.

Texas Tech University's Harvinder Gill, the Whitacre Endowed Chairman of Science and Engineering and an associate professor in the Department of Chemical Engineering in the Edward E. Whitacre Jr. College of Engineering, reports a new method for cleaning out the insides of pollen grains so the non-allergenic shells can be used to carry medicines or vaccines into the human body.

The paper, “A Chemical Treatment Method for Obtaining Clean and Intact Pollen Shells of Different Species,” which was co-authored by Noureddine Abidi, the Leidigh Associate Professor in the Department of Plant and Soil Science in the College of Agricultural Sciences & Natural Resources and managing director of the Fiber & Biopolymer Research Institute, was published in the scientific journal, “ACS Biomaterials Science & Engineering,” and describes a simple cleaning protocol that can now enable pollen grains of different species to potentially be used as therapeutic or vaccine carriers.

“Pollen grains can theoretically be emptied out, and the resulting hollow pollen shells can be used for medical applications such as vaccine delivery,” Gill said. “However, there has been a limitation in the field because it wasn't possible to clean pollens of different species so one could not test which is better than the other and what effect the different pollen species have on the immune response. There is a cleaning protocol established for spores of lycopodium, which involves treating them with a base and then an acid. But for other pollen species, it wasn't effective since it produced a clumped mass rather than individual pollens.

“The base treatment step was causing problems, so one day in a lab meeting, I said, ‘Let's just not do the base step and do the acid treatment first and see what happens.' When we switched the treatments, it worked.”

Gill and his group of researchers tested ragweed, sunflower, black alder and lamb's quarters pollens, and the new cleaning protocol worked on all four. Though he was unable to test every pollen species – there are thousands of them – Gill is confident it should work on any that have apertures, which are areas on the walls of pollen grains where the wall is thinner and/or softer.

“Now, researchers in the field can take this protocol and apply it to any pollen of their choice in whatever investigation they wish to do,” Gill said. “They don't have to waste time deciding on a cleaning process for different pollens.”

One of the main application for this research is to hopefully use the empty pollen shells to develop edible vaccines and medicines. Gill notes there are two major benefits to edible vaccines opposed to a traditional vaccine injected via a hypodermic needle.

“We can classify advantages into two categories: psychological and immunological,” he said. “Psychologically, no one wants to get a shot. It's painful for small children and their parents who don't want to see them in pain, and it's traumatizing for people who are afraid of needles. An edible vaccine could eliminate the need for needles.

These antibodies will attack and neutralize a pathogen before it even has a chance to infect the body. This could be especially helpful in the fight against HIV.

“Conventional shots are poor at inducing antibodies at mucosal surfaces,” Gill said. “If we can establish that first line of defense, I think it will help a lot of different diseases, including HIV,” Gill said. “An edible vaccine can help by inducing antibodies on mucosal surfaces so that the HIV can be prevented from making a strong hold in the body before it starts mutating.”

A video further describing the findings can be viewed here.

More information on Gill's research can be found here.