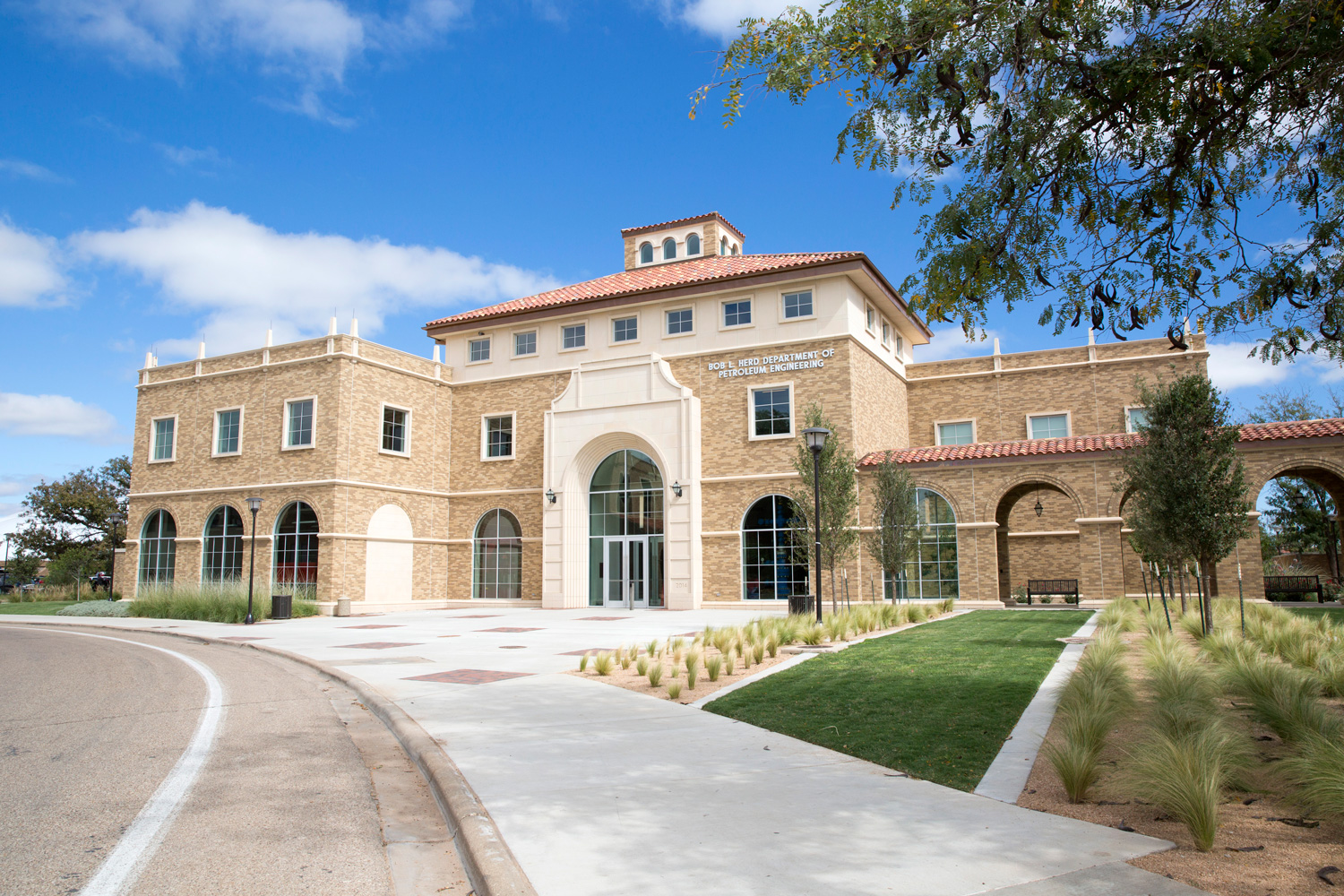 U.S. News & World Report lauds Bob L. Herd Department as of the best in the country.

Texas Tech University's Bob L. Herd Department of Petroleum Engineering continues to rank as one of the best in the country.

U.S. News & World Report's recent unveiling of the Best Graduate School Rankings pegged Texas Tech at No. 9 nationally, the same spot it landed a year ago. In undergraduate rankings, the magazine/website ranked Texas Tech's Edward E. Whitacre Jr. College of Engineering No. 91, up three spots from 2017.

“Our focus has been on moving the graduate program forward for the last several years,” said Marshall Watson, chairman in the graduate department of petroleum engineering. “We're just now beginning to put a major effort into our research and graduate program.

“We have hired really high-quality faculty members and we are taking advantage of the largest oil field in the world in the Permian Basin.”

Watson said a main focus of the petroleum engineering graduate program has been to “plug into the Permian Basin and solve problems there,” noting there are challenges to tackle in water, fracking and drilling/production.

Petroleum Engineering was one of four graduate departments or schools at Texas Tech that received Top 100 recognition in the U.S. News & World Report rankings.

“I am delighted that our hard work at improving our program is being recognized by our peers around the country with an improvement in our ranking,” said Jeff Lee, chairman of the Department of Geosciences.

Scott Ridley, dean of the College of Education, said Texas Tech was ranked 167th nationally when he stepped into his current role in 2011, and the steady progress has been gratifying.

“A lot of this is measured by peer rating, and in those checks and balances that say your peers believe you are getting better, that means something,” Ridley said. “It's not a snap to change those ratings. We have had to work hard. It's good to see those changes, and we hope to continue climbing.”

The political science ranking was the same spot where Texas Tech was slotted last year, but department chairman Tim Nokken believes there has been great progress.

“Thethings we're doing internally, we're really excited about the program,” Nokken said. “Some of those things may not be visible globally as much as they are within our university, but we are making some great gains and have gotten very strong in some areas. I am optimistic that we are headed in a positive direction.”

Released annually, the U.S. News & World Report rankings rely on expert opinions regarding the value of a graduate school program and statistics that measure the quality of a school's faculty to determine the rankings.

“These rankings recognize the quality and impact of many of the graduate programs at Texas Tech University that were reviewed this year,” said Mark Sheridan, dean of the Texas Tech Graduate School. “Students enrolled in these programs work with world-renowned faculty and receive a top-notch education that makes them better prepared to enter and succeed in the workforce. These rankings also attract top applicants into our graduate programs in the future.”

Petroleum engineering is the practical application of the basic and physical sciences of mathematics, geology, physics, and chemistry and all of the engineering sciences to the discovery, development, and production, and transportation of petroleum.

The Bob L. Herd Department of Petroleum Engineering is staffed with industry-experienced faculty who have an average of more than 15 years of experience per faculty member. This experience is combined with sound engineering and scientific principles in the classroom and made an integral part of the candidate's educational challenge.