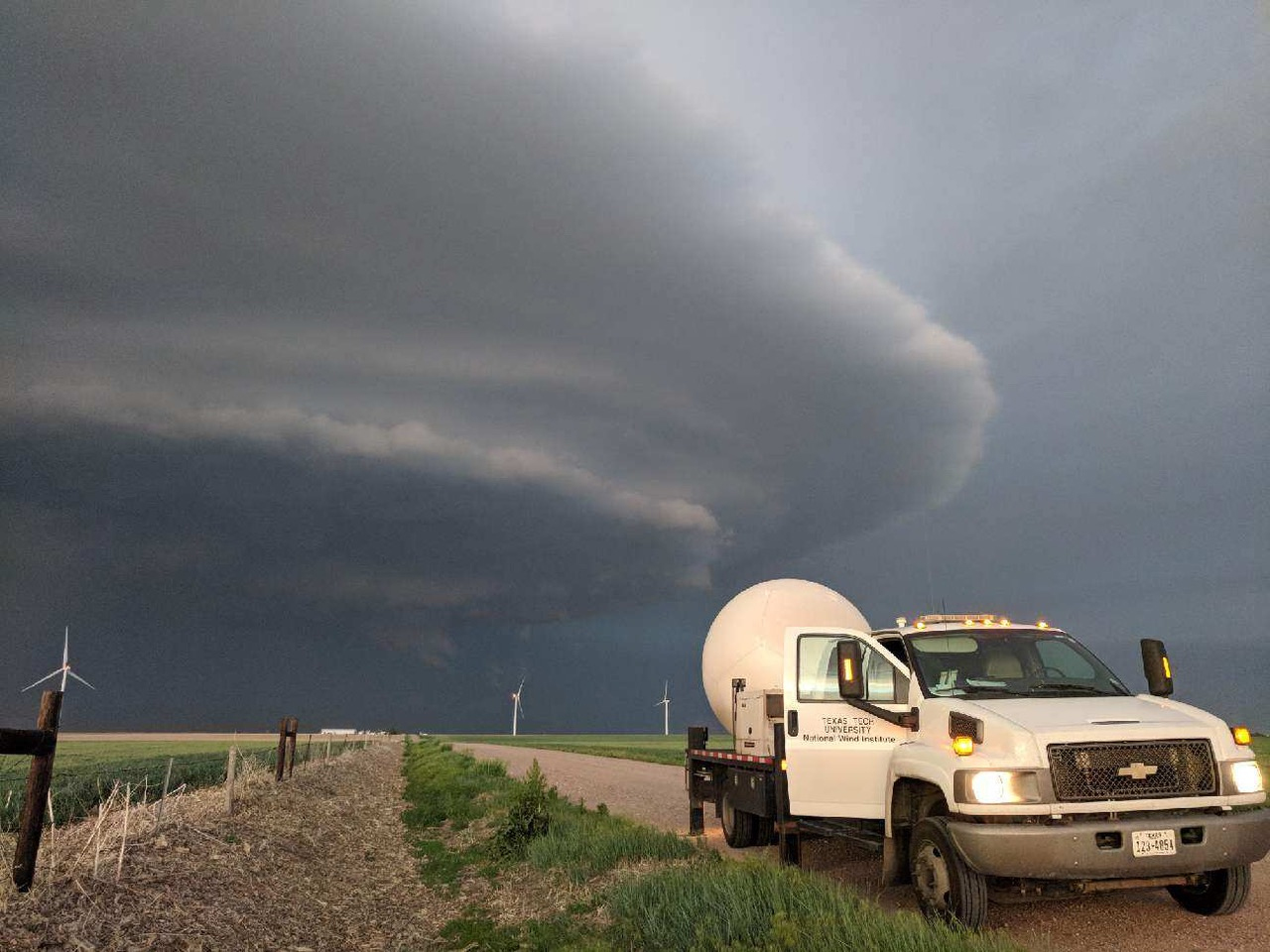 Associate professor Chris Weiss is making his way through the Great Plains to collect data during the current tornado season.

Tornado season has already begun and Chris Weiss, an associate professor of atmospheric science in Texas Tech University's Department of Geosciences in the College of Arts & Sciences, and a National Wind Institute affiliate, is currently chasing storms through the Great Plains with his cohorts on a two-week collaborative and educational field project.

Can you explain the field project?

“This is a three-year project sponsored by the National Science Foundation's National Robotics Initiative aimed at using radar and unmanned aircraft technologies to better understand how tornadoes develop in severe thunderstorms. It is a collaborative effort among Texas Tech University, the University of Colorado and the University of Nebraska. For the first two years of the project, we have been using computer models to better understand the specific regions of storms that we should sample to get the most impactful improvement in tornado forecasts. This final year of the project features a field demonstration effort to make the actual measurements in these regions.”

What happens during the two weeks you're in the field?

“We have been out in the field since May 27 and plan to return June 12. We have brought two Texas Tech Ka-band mobile Doppler radar trucks out into the field to make measurements in coordination with unmanned aircraft platforms built by the University of Colorado. This armada will be traveling through the Great Plains in search of tornado producing storms.”

What are Ka-band Doppler radars?

“The Texas Tech Ka-band Doppler radars were built in 2008 and 2009 by the National Wind Institute using a competitive internal grant from the Texas Tech Office of the Vice President for Research. These mobile radars transmit at a high frequency compared to other similar mobile platforms, allowing us to get very-fine resolution of atmospheric phenomena. They have been used for a number of research purposes, including studies of tornadoes and severe thunderstorm structure, hurricanes, atmospheric boundaries that initiate thunderstorms and wind flow through wind turbines.”

What do you hope to gain from the project?

“We aim to collect pioneering radar and on site measurements of temperature, humidity, pressure and wind in specific regions of these storms that we believe is crucial to the development of tornadoes. The temperature aspect is particularly interesting in the context of recent theories of tornadogenesis that identify these changes in air temperature as being important for tornado production.

“We also are establishing a proof of concept in this project, whereby we are testing the deployment of a new type of airborne sensor called a semi-Lagrangian drifter. These drifters are designed to be deployed by unmanned aircraft, after which the instrument packages are carried into the storm by the winds. This method will revolutionize how we map out the thermodynamic and kinematic state of these storms, allowing measurements aloft and without the constraints of road networks.”

How did Texas Tech get involved?

“Texas Tech has collaborated with these two partner universities for a few years, including an earlier project sponsored by the United States Air Force Office of Scientific Research, aimed at creating real-time wind fields to make unmanned aircraft energy-aware. We decided to use the successful outcome of that project and apply the method to the measurements of severe storms. I proposed the inclusion of the Texas Tech Ka-band radars for this purpose.”

How have the storms been during this time?

“Up to this point, we have sampled four storms; two in northeast Colorado, one in northern Oklahoma and another in central Nebraska. We are currently on our way to North Dakota where we hope to make more measurements. One of these storms produced two tornadoes in Colorado. The other three were nontornadic, but we gathered useful data on the failure mechanisms for tornadogenesis.”

What have been the biggest challenges so far?

“Most of our significant challenges have been mechanical so far. Each of the radar trucks has had a significant mechanical issue, which has forced us to split the teams as repairs are completed. It's just one of the issues with field work we have to be prepared for.”

What's been the biggest reward so far?

“We have a number of successful deployments thus far in the project. I think the measurements made on a storm in Oklahoma on May 29 might be the most interesting up to this point. Even though it wasn't tornadic, there were some visual storm-scale features that were sampled with the radar that may be significant for determining why tornadoes did not form.”

“We also have an educational component to this project. We have four students from the University of Michigan who have joined us in the field. I have been working with them to help them better understand the dynamics of these storms, and they have been assisting with our data collection.”