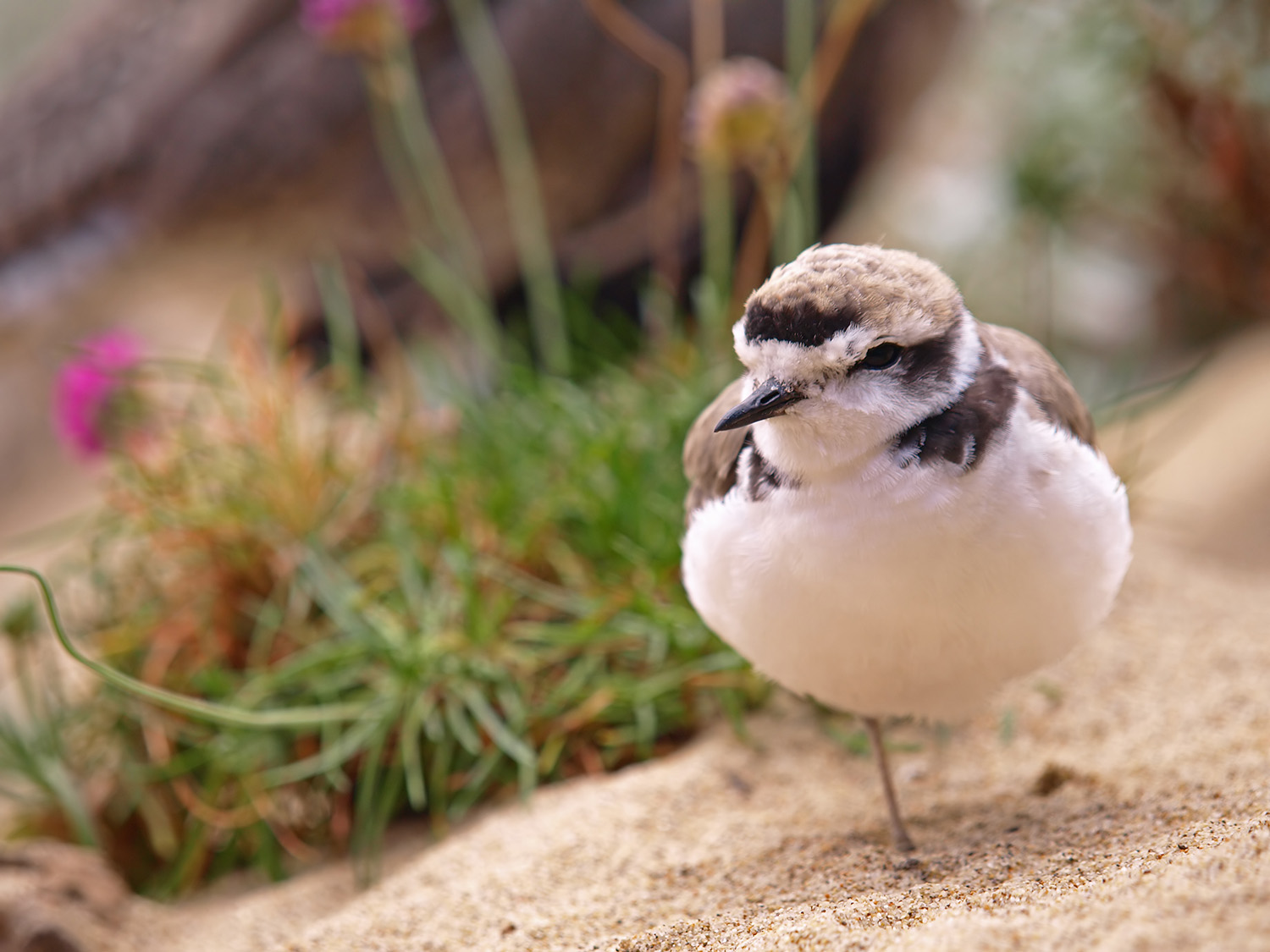 Graduate research assistant Kristen Heath is tracking the snowy plover as availability of fresh water is reduced from lack of saline lakes.

From 2013-2015, the Ogallala Aquifer showed a decline of 10.7 million acre-feet, according to the United States Geological Survey.

This depletion of the aquifer has been a recurring issue since the initiation of significant groundwater irrigation in the 1950s. It is impacting some of the migratory birds in the Texas High Plains, including the snowy plover.

The snowy plover is a small migratory shorebird, similar to the familiar killdeer and the piping plover, said Kristen Heath, a graduate research assistant in the Department of Natural Resources Management in the College of Agricultural Sciences and Natural Resources at Texas Tech University.

Heath said snowy plovers can be seen during the breeding season, which runs from March through September, and during migration in saline lakes (salinas) and salt flats in eastern New Mexico and the Texas High Plains, including Lynn, Terry and Bailey counties. These regional saline lakes have provided fresh water for millennia to indigenous peoples, migratory birds and other wildlife from artesian springs fed by the Ogallala Aquifer, but the lakes are drying up. The basin of these saline lakes also is the top of the Ogallala Aquifer, and as water levels continue to decline, spring flow declines and the basins dry out.

“There are 40 saline lakes in this region, and fewer than 10 have active springs,” Heath said. “So the water crisis that people are having in this region is affecting snowy plovers, too.”

Heath's research focuses on the movement and connectivity of the snowy plovers throughout the High Plains region during the breeding season to locations on the Gulf Coast and Mexico during migration and winter. She is studying where birds are migrating, when they are migrating and who is migrating – males, females or juveniles.

The birds are humanely detained, Heath said, and avian nanotags are attached to the birds with a leg-loop harness that is worn like a backpack. The nanotag weighs less than a gram and lasts about six months before it is either removed or falls off on its own.

Heath is not the first to conduct research on snowy plovers at Texas Tech. Warren Conway, the Bricker Endowed Chair in Wildlife Management and professor in the Department of Natural Resources Management, said he, his students and collaborators from the U.S. Fish and Wildlife Service, Texas Parks and Wildlife Department and the U.S. Geological Survey Cooperative Wildlife Research Units in Texas and Kansas have conducted various forms of research on the bird for the last 20 years.

Conway said the research began while he was earning his doctorate at Texas Tech, and Heath's work will play a part in connecting much of the previous research.

Conway said throughout the time they have been studying snowy plovers, they have captured, marked and banded almost 1,500 birds in Texas, New Mexico and Oklahoma.

Twenty years ago, Conway said, they caught 350 snowy plovers on approximately three saline lakes in Texas. Ten years later they saw 75 to 80 percent declines in the populations on the same lakes, leading to research on what caused this decline.

“These recent studies, which we finished in 2016, indicated that snowy plovers do have some concerning levels of arsenic and selenium, mainly selenium levels,” Conway said. “Almost 90 percent of all the birds we captured during those years had detectable, if not chronic and problematic, levels of selenium in their blood.”

That is where Heath's research comes into play. Because researchers do not know where the snowy plovers are wintering, they do not know exactly where the birds are being exposed to the potential contaminants, or if they are having unidentified survival issues.

Although they do not know exactly where the birds are picking up the contaminants, Conway said they suspect the increase of contaminants is connected to the continued declines in the Ogallala Aquifer, reductions in water quality and cessation of those freshwater artesian springs that are crucial for maintaining suitable snowy plover breeding habitats.

Conway said both arsenic and selenium occur naturally in the aquifer, and as saline lakes fed by the aquifer dry up, these metals may become more concentrated – where the snowy plovers may then be exposed to more of the heavy metals. High levels of arsenic and selenium can cause health problems for birds, affecting both adults and egg production.

Looking toward the future, Conway said they are working with various other research institutions and agencies to begin using molecular techniques study population stability and genetic connectivity beyond what they are seeing in the behavioral side from the tower nanotag deployments.

“All of this is leading toward what we have to work with in terms of developing strategic conservation approaches for snowy plovers,” Conway said. “Not just here, but range-wide.”