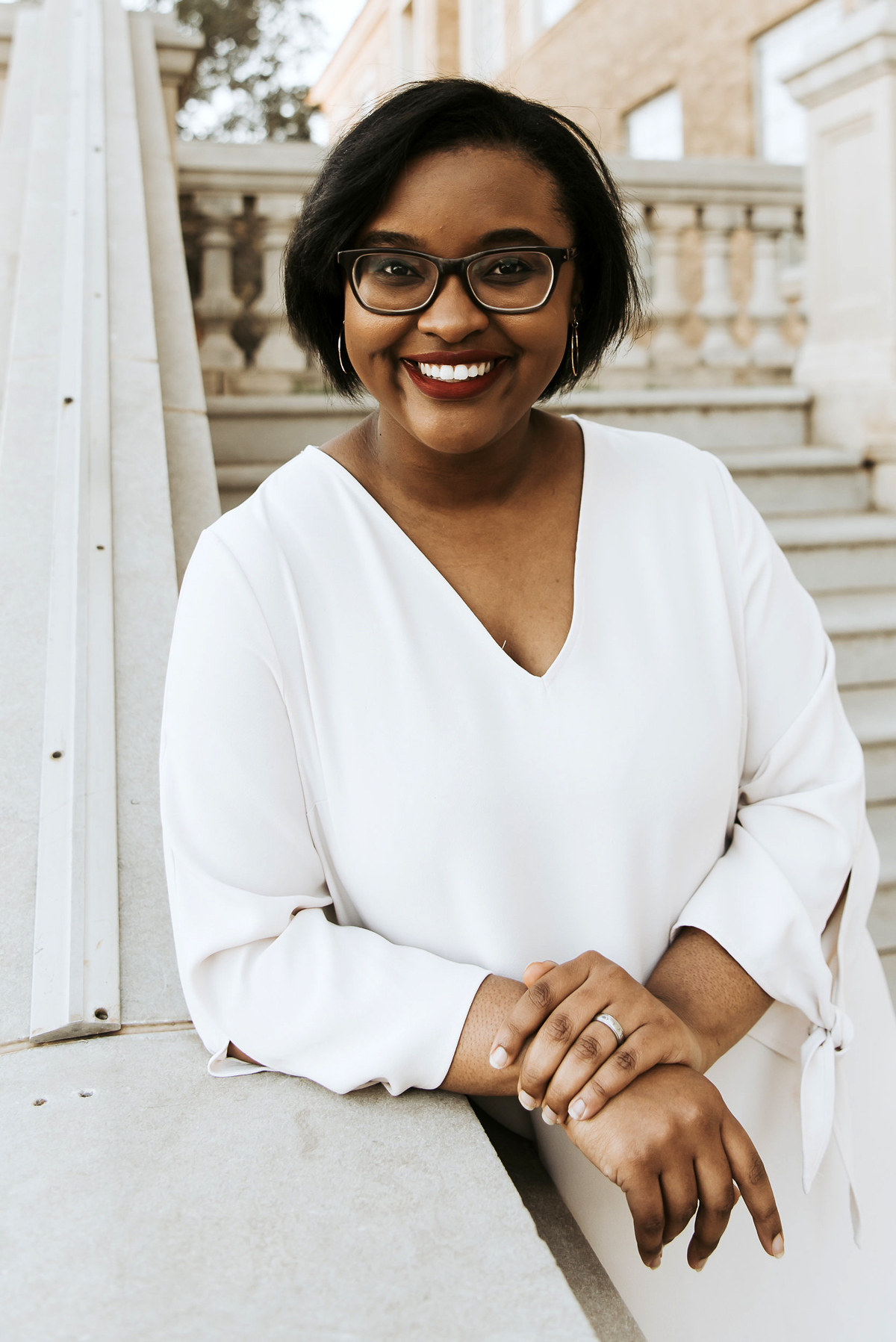 Journalism major Jasmine Stevens talks about the community she found both at Texas Tech and through an online fan base for followers of the royal family.

Saturday, thousands of Red Raider supporters will flock to the United Supermarkets Arena to watch the graduation ceremonies of their family and friends. Across the world, hundreds of thousands of British royal family supporters will take to the streets, the internet and their TV sets to watch a ceremony of a different kind: the wedding of Prince Harry and Meghan Markle.

Graduating Texas Tech University journalism major Jasmine Stevens will have a busy weekend – as both a participant and spectator.

For the last seven years, Stevens has run the successful fan page, RoyallyKate, on Twitter, letting more than 26,000 followers in on her admiration of the royal family. While managing her following and her school work proved tricky at times, she would not trade the community she has found in each sphere of her life for anything.

RoyallyKate: the rise of a fan base

As a fifth grader, Stevens remembers originally becoming interested in the royal family because of Princess Diana and the TV specials she would watch about her.

“I just remember being drawn to her heart for people and passion for wanting to make a difference in the world,” Stevens said. “She actively challenged what society deemed important by raising awareness of issues such as HIV/AIDS, homelessness and landmines and putting them at the forefront of the world's discussion table. I loved that being a royal didn't necessarily matter to her, except for the fact that she could use her platform to enact change,” she said, “and seeing her emulate that made me immediately love her.”

Stevens' admiration of Princess Diana trickled down to Diana's sons, and eventually, the entire royal family. When Kate Middleton became engaged to Prince William in 2011, it was only natural Stevens, then 16-years-old, began to follow all the news dealing with her as well.

“I admired her for how she took on this new role in her life with such grace and patience. It's not easy to wake up like you and I do one day and the figurehead to the Commonwealth the next,” Stevens said. “She's also gorgeous and smart as heck. If she were to be crowned Queen of England, she would be the most highly educated queen ever in the history of the British monarchy. She's got beauty and brains.”

However, around the same time, Stevens also started to realize her interest in Kate was not receiving the same visibility as other pop culture phenomena.

“I distinctly remember being on Twitter and Justin Bieber being so popular that everywhere you looked there was a ‘Belieber,'” Stevens said. “I wondered why there weren't any pages for Kate and, in that moment, made up my mind that I was going to make an account page to that similar effect for Kate and all of those who loved her. Thus, RoyallyKate was born!”

She created the account in February 2011. In the months leading up to the wedding of Kate Middleton and Prince William in April of the same year, Stevens began to notice a huge spike in her following.

“People were flocking to the internet to find the latest on Kate,” she said, “and seeing as there weren't any fan source pages, or even people commentating about Kate like I was, besides reporters and royal commentators, I found that people started to follow me.”

Stevens' mom, Nishya Stevens, began to take notice of her daughter's interest in the royal family when Steven's entered high school. To her, the popularity of RoyallyKate is incredible, but unexpected.

“It doesn't seem real that people look to her for the latest information on the royal family, and that she communicates with people from all walks of life,” Nishya Stevens said.

Now, with every major milestone of the royal family, from birth announcements to weddings, Stevens sees even more spikes in her follower count. To keep up with a growing demand of royal family-centered content, Stevens expanded RoyallyKate to Instagram and Tumblr.

Stevens has since become known amongst the Anglophile community, or people who share a great fondness of all things British, as a premier source for royal family news and commentary. RoyallyKate now has followers from around the world, and Stevens has been interviewed by Vogue, the Sydeney Morning Herald, and the Daily Mirror on everything from her love of all things royal to her reaction to the engagement of Harry to Markle. Her tweets have been featured in articles from Buzzfeed, E! Online, ELLE and other major publications.

“RoyallyKate is so much bigger than me at this point, and I hope it can be a source of happiness for those who come across it like it has been for me,” she said.

When it came time for Stevens to apply to colleges, the Houston native began her search at schools within a couple of hours of home. When a friend who had recently been accepted to Texas Tech suggested she apply as well, Stevens had to pull out her map.

“As I ran my finger across the map of Texas, I asked where in the world Lubbock was and realized it was about nine hours away. I was pretty hesitant,” she said. “I had never been that far away from home.”

Ultimately won over by the pride, community and atmosphere of Texas Tech, Stevens set aside her reservations about moving across the state and enrolled as a freshman in the fall of 2014.

“I've always said Texas Tech is so unique compared to a lot of universities,” Stevens said. “Simply put, there's nothing like being a Red Raider or the community that comes with loving and supporting this school.”

Since coming to Texas Tech, Stevens has become a member of Sigma Phi Lambda, worked for the student-run radio station KTXT, served as vice president of the student chapter of the Association for Women in Communications and held a position as a student member of the Sexual Assault Prevention Student Advisory Board.

Balancing all she is involved in while also running RoyallyKate has proven challenging at times for Stevens, but she said the experience has taught her about balance and time management.

Furthermore, she believes RoyallyKate has served as a sort of internship and added to her educational through experiencing cultural differences and giving her an inside look at the industry she hopes to be a part of.

“I have learned so much about other countries, and I have made so many friends from different parts of the world,” she said. “Being interviewed by major media organizations also has helped me to understand and have an inside look at the industry I'll eventually work in, which is so cool.”

Upon the announcement of Harry's engagement to Markle, Stevens was adamant she would fly to Britain for the wedding. When the date of the wedding was announced, she was devastated to find out it fell on the same day as her graduation from Texas Tech.

Stevens had a choice to make.

“For a split second, it genuinely was hard to make a choice on whether to go to the wedding or graduation,” she said. “But then you're reminded of how long your parents wait for moments like these. They invest so much into your success, and so for them, seeing you graduate is a huge accomplishment and milestone, and I just couldn't take away that moment.”

However, since this will be the last major royal wedding until Prince George, Princess Charlotte or Prince Louis get married, Stevens plans to take part in as much of the royal wedding experience as she can while still in Lubbock.

The wedding will begin around 6 a.m. central time, and Stevens will be up early to watch all she can before going to her graduation ceremony.

“Rest assured, during graduation I will be watching from my phone, tweeting and partaking in all of the festivities as if I was actually there,” she said laughing.

After graduation, Stevens is moving to New York where she will pursue a master's degree in advertising at Syracuse University. She then hopes to continue living and working in New York for a major news service.

Whatever the future brings, Stevens' mom knows it will be a successful one.

“In Jasmine's future, I see limitless opportunities,” Nishya Stevens said. “I will be visiting my daughter in her office as the editor-in-chief or creative director of a very lucky company who will have the most dedicated and ethical person they will ever meet.”

As for RoyallyKate, Stevens does not see herself abandoning the fan base any time soon.

“I would love to see what becomes of RoyallyKate in the next few years, and who knows, maybe I can pull more people on board to keep it going in the future,” Stevens said.