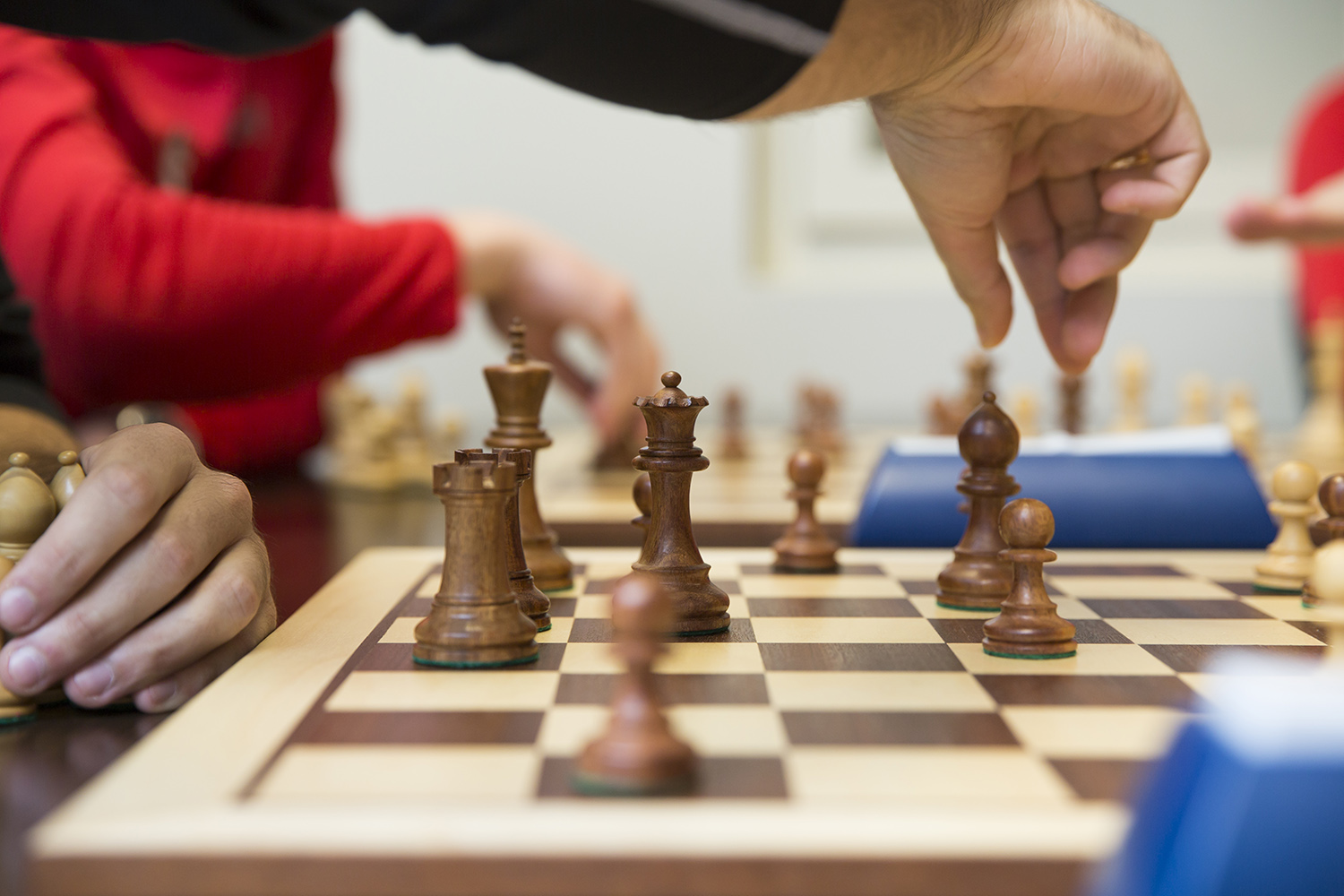 This is the first time the championship, now in its 29th year and including 76 players from 10 countries, has been held in the U.S.

Next week (June 4-8), Texas Tech University will welcome 76 chess players from 10 countries who will participate in the 29th NATO Chess Championship. This is the first time the invitation-only tournament has been held in the United States and only the second time it has been held in the Western Hemisphere, after the 2014 tournament in Canada. The tournament is directed by Mike Hoffpauir, president of the U.S. Chess Federation.

The tournament will kick off with an opening ceremony at 9 a.m. Monday (June 4) at Memorial Circle with remarks from Ret. Lt. Gen. Dr. Bernhard Mittemeyer, emeritus professor in the Department of Urology at Texas Tech University Health Sciences Center, and Texas Tech Provost Michael Galyean. The competition will be held in the Frazier Alumni Pavilion, 2680 Drive of Champions, with the first round beginning at 2 p.m. Monday.

Alex Onischuk, head coach and director of the Texas Tech Chess Program, said he was approached about a year ago by members of the U.S. NATO Chess Team, including 2014 Texas Tech microbiology and chess alumnus Chase Watters, with the idea to organize the championship in Lubbock. Onischuk also knew some of the players from helping the U.S. NATO team prepare for the 2016 championship in London.

“I think their choice to allow us to organize this event was based on the reputation of our program,” Onischuk said. “This kind of tournament requires a lot of preparation, and all games will be transmitted live on the internet, so thousands of people can watch them.”

Onischuk said the tournament is an excellent opportunity for Lubbock and Texas Tech to showcase the university and city, including entities that helped organize the tournament: the Texas Tech Chess Program, housed within the Division of Diversity, Equity & Inclusion, Military & Veterans Programs and the Office of International Affairs.

“I'm sure it also will be beneficial for our students to take part in this event,” Onischuk said. “The members of the Knight Raiders will be volunteering at the event, and many of them also will play in the Lubbock Open Chess Tournament on Wednesday. We expect some of the NATO players to participate in that event as well.”

Teams and delegations will be present from the U.S., Canada, Denmark, Estonia, Germany, Greece, the Netherlands, Poland, Slovenia and the United Kingdom. Each team consists of up to six players who are active or reserve military members or full-time Department of Defense civilian employees within their respective countries.

“It is Texas Tech University's distinct honor to host the 29th NATO Chess Championship and welcome participants from all over the world to our community,” said Vice Provost of International Affairs Sukant Misra. “The Office of International Affairs remains committed to ‘Bear Our Banners Far and Wide' by supporting the Texas Tech community in becoming more globally engaged and preparing our students to be ethical leaders in a diverse and globally competitive world. I welcome all the players to Lubbock and wish them the best in the competition.”

Wednesday (June 6) will include the five-round Lubbock Open Chess Tournament beginning at 2 p.m. in the Frazier Alumni Pavilion. Players can register in advance online or in person the day of the tournament. The entry fee is $10, and the prizes given to first, second and third places include an Apple iPad, Watch or EarPods.

On Friday, the final day of the championship, there will be a blitz tournament for the players and a simultaneous exhibition. Onischuk will simultaneously play up to 20 players.

“The level of the players is quite high, so it will be a challenging encounter,” Onischuk said.

The championship will conclude with the closing banquet at 7 p.m. Friday in the Frazier Alumni Pavilion.

For more information about the NATO Chess Championship and a full schedule of events, click here. A link to the livestream will be made available there when the tournament begins.

To register for the Lubbock Open Chess Tournament, click here.