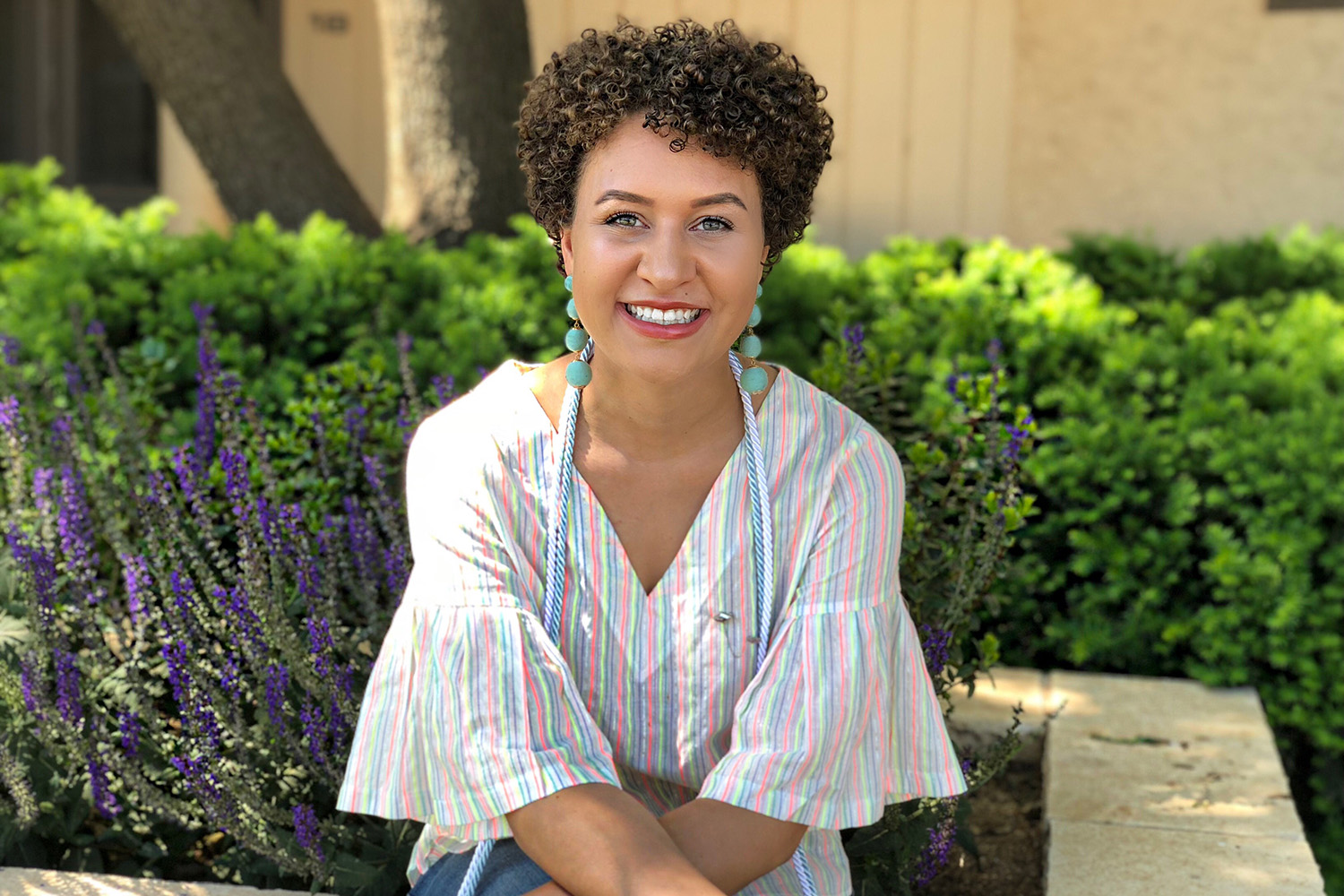 The occurrence of women pursuing careers in science, technology, engineering and mathematics (STEM) is rising, but still lags sorely behind men. According to a report from the American Association of University Women, 29 percent of all male college freshmen planned to major in a STEM field, compared with only 15 percent of all female college freshmen. But those statistics never dissuaded Jazirae “Jaz” Duncan, a wind energy major from Killeen who's graduating this weekend, from going the STEM route.

Duncan, who will be the banner bearer for University Programs, has had an interest in science since she could remember, going all the way back to youth summer camps.

“When I was in elementary school, my mom used to put me through these summer programs where you would pick what camp you wanted to do, and I always picked science camp,” she said. “I did one where it was like a ‘Men In Black' camp. I learned about astronomy and what astronauts do and stuff like that. I was the only girl in the entire camp, but I didn't feel like the only girl. I felt like I wanted to do something in science. I wasn't very involved with STEM in high school, but I knew it was a passion for me.”

The path to Texas Tech

That passion turned into a spark, and Duncan knew she had to pursue that desire as an adult.

“I've always been interested in science, and that's the route I wanted to go, more technology and stuff like that,” she said. “I initially wanted to pursue engineering, but then the wind energy program caught my attention.”

When Duncan was weighing her collegiate options, she considered attending the University of Texas at Austin (UT) or Texas A&M University, but Texas Tech's wind energy program helped her make her ultimate decision.

“I wanted to go to Texas Tech for a long time,” she said. “Texas Tech is the only university that offers a bachelor's degree in wind energy in the United States, so once I discovered that program, my decision was settled.”

It wasn't just her interest in science and engineering that prompted Duncan to pursue the wind energy program. She was raised to be conscious of the environment and knows she can make a greater impact with that degree.

“Growing up, my parents have always been really environmentally friendly, always recycled, always kept the environment in mind,” she said. “It was something to me that, if I can be a bigger influence on that in my professional career, that's something I really want to do, but with an engineering background as well.”

Since Duncan stepped foot on campus, she has made it her mission to be involved with extracurricular activities and volunteer opportunities as much as possible. It was her involvement that got the attention of Kacey Marshall, assistant director of student services at Texas Tech's National Wind Institute (NWI) and Duncan's academic adviser.

"Every semester, advising offices in University Programs submit student names as nominations to be banner bearer," Marshall said. "Typically, what we look for is a high GPA and outstanding scholarship. This year, I felt it was much, much more important to advocate for her because I have never seen a student who fully embodies what it means to be a Red Raider more than her. She is an excellent scholar, but she also gives back to the community.

“She teaches K-12 students about wind energy and helps the children build small-scale wind turbine kits while also talking to them about renewable energy. She's an all-around good citizen. To me, she was already bearing Texas Tech's banners. It just made sense to nominate her.”

Duncan also uses her degree to bring renewable energy alternatives to homeless communities. She is part of the philanthropy-based student organization Raiders 4 Renewables, said Marshall, which teamed up with Paul's Project to work on Grace Campus, a community of tiny homes that provides homeless individuals with hope and a renewed sense of purpose in a positive environment.

“Raiders 4 Renewables worked on installing solar panels for Paul's Project,” Marshall said. “Jaz was there every weekend. Even when there was a weekend when there was nothing to do on the solar panel-aspect, she would be out there helping fix fences or stocking food. No job was too little for her. She truly just cared about helping people.”

Duncan also is the treasurer for the Wind Energy Student Association (WESA), a professional student organization with the goal of helping its members connect with other students, their professors and the energy industry.

If that isn't impressive enough, Duncan also is a member of Alpha Delta Pi and was the student principal investigator for Texas Tech's team that competed in the U.S. Department of Energy's Collegiate Wind Competition, all while working a part-time job.

“She's phenomenal,” Marshall said. “She's been part of the NWI's Women in Wind campaign. She's very passionate about women in STEM. I've not seen a student, especially a female student, that confident in themselves at such a young age. I truly think she's going to do extraordinary things.”

Duncan, who is graduating a year early, was honored to receive the nomination, especially after she realized the weight of it.

“When Kacey said she wanted to nominate me for the banner-bearer position, I had no idea what it even was,” Duncan said. “One of my friends works graduation and shed light on the opportunity I was given, and I was like, ‘Yeah, that would be awesome.' Normally, people with 4.0 GPAs will be chosen. I don't have a 4.0. I wish I did, but I am going to graduate with honors. I'm not sure how many people were nominated from my program, but it's a huge opportunity for me to be recognized for all the hard work I put in the past three years.”

Like most graduating students, Duncan has already started her job hunt. However, she's not sure what path she wants to take at the moment and is considering staying at Texas Tech.

“I've had a few interviews with companies,” Duncan said. “I'm not sure that I'm ready to go to work yet, but I am finishing up my application for the STEM MBA program at Texas Tech's Jerry S. Rawls College of Business. I've wanted to steer more toward the business side of the renewable energy industry rather than the technical.”

Although Duncan isn't sure where life is leading her, she is sure of one thing.

“I just want to further my education,” she said.