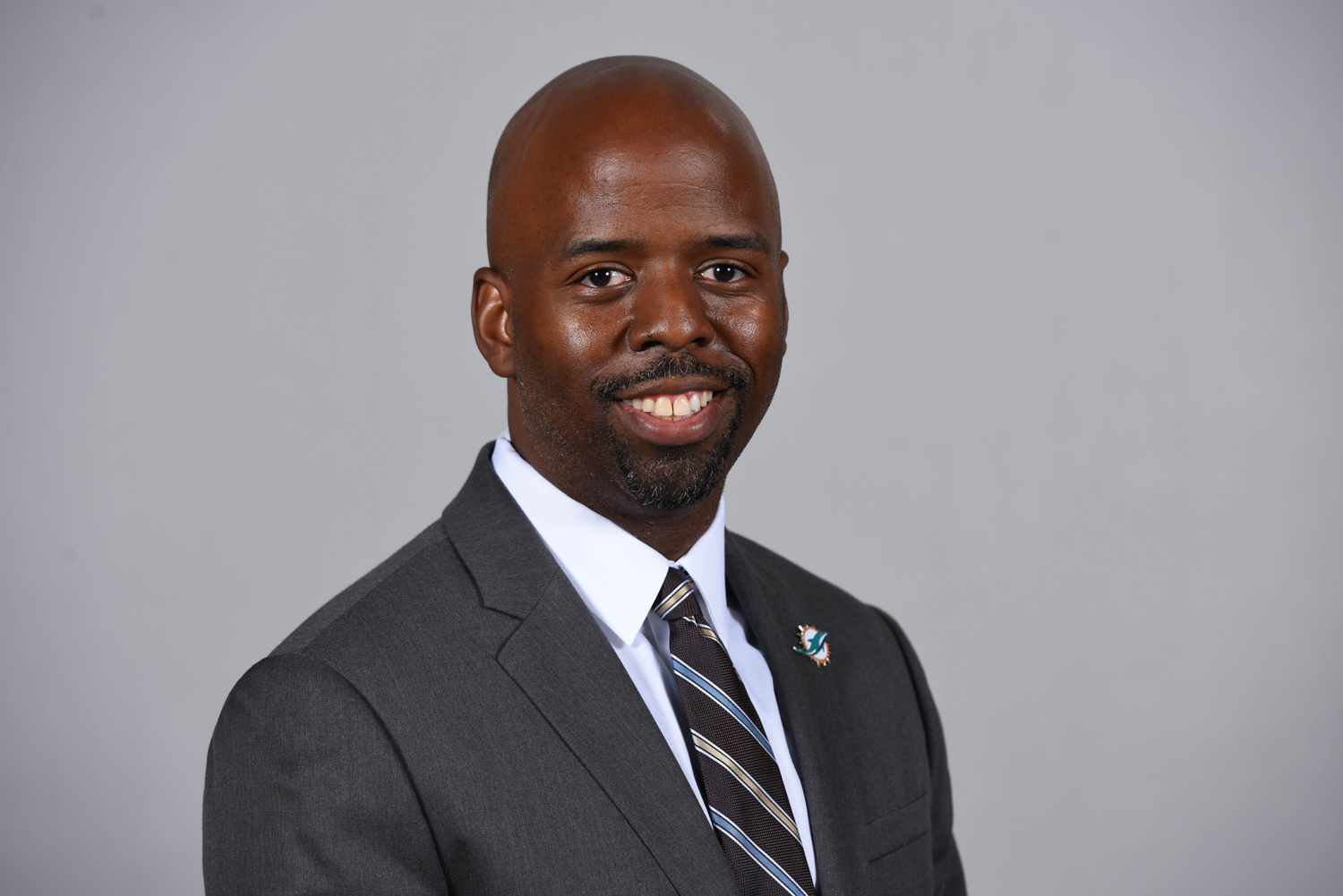 Jason Jenkins serves as Senior Vice President for Communications and Community Affairs for the Miami Dolphins.

Jason Jenkins, a graduate of Texas Tech University and Senior Vice President of Communications and Community Affairs for the Miami Dolphins football club, will serve as the speaker for the spring 2018 commencement.

Jenkins earned his bachelor's degree in broadcast journalism from the College of Media & Communication in 1997 and has worked in the communications field in the National Football League (NFL) since 2002. As senior vice president for the Dolphins, he oversees the organization's public image and branding, including media outreach, public relations, digital and social media, and community outreach.

“I want to thank President Lawrence Schovanec and Texas Tech University for this amazing honor,” Jenkins said. “Growing up in a family that emphasized education and the unifying power of sports, my Red Raiders experience was first class in every way. I am excited to return to Lubbock, a place that provided so many great memories and shaped me into the person and professional I am today.”

Jenkins has been with the Dolphins since 2009, starting as the team's director of public relations. He later served as the team's vice president of communications before being promoted to his current position in 2015. Prior to joining the Dolphins, he served in various roles within the public relations department of the San Francisco 49ers, joining that organization in 2002.

During his time in the NFL, Jenkins has coordinated the public relations efforts for the annual Pro Bowl game seven times and for the 2006 NFC Championship Game. He also conducts seminars on media relations at the annual Rookie Symposium and NFL Business Summit.

After graduating from Texas Tech, Jenkins worked in the Texas Tech athletic department in a variety of positions before taking a job as promotion manager and sports communications assistant at Lehigh University in 1997. He then served as associate athletics director at Texas Southern University from 1999 to 2002.

In 2017, Jenkins was selected as a College of Media & Communication Outstanding Alumni Award winner.

“Jason is one of the top young front-office professionals in the National Football League, and I appreciate him taking this opportunity to address our graduates,” Schovanec said. “His experiences and credentials in the area of communication are particularly relevant to our graduates, and his professional success provides a role model in which all Red Raiders may take pride.”

Texas Tech will hold its spring 2018 commencement exercises May 18-19 at United Supermarkets Arena, beginning with the College of Arts & Sciences at 3 p.m. and the Graduate School at 7 p.m. on May 18.