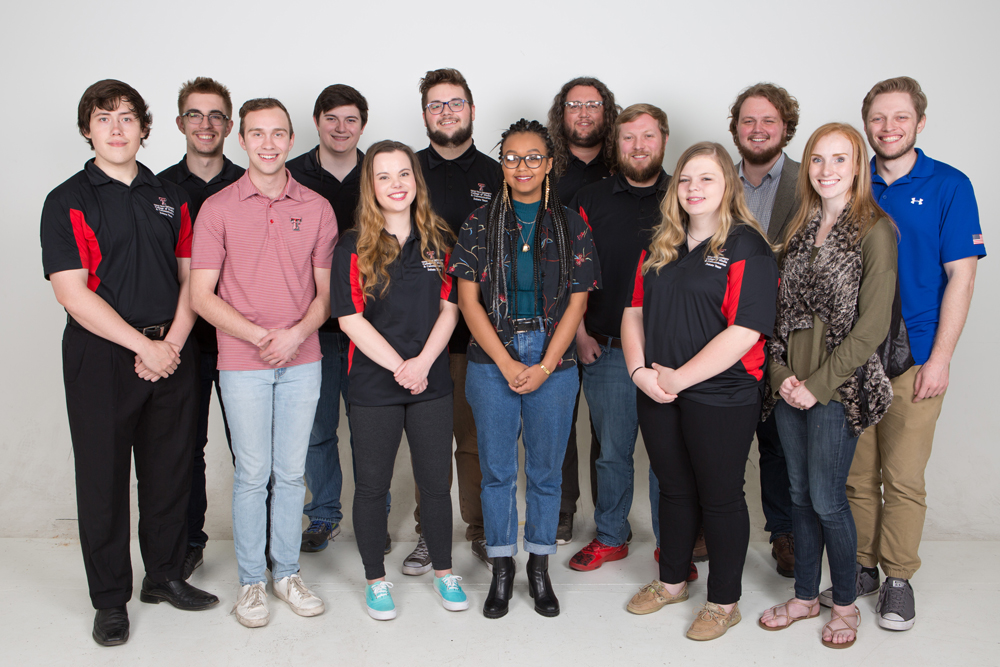 The team in the College of Media & Communication showed top form at two national championship tournaments.

If you're looking for an argument, the Parliamentary Debate Team in the Texas Tech University College of Media & Communication is happy to oblige.

But be forewarned … you're likely going to lose that argument.

The program just wrapped up one of its most successful seasons in its history, capping a tremendous year by placing three teams in the top six of the National Parliamentary Tournament of Excellence (NPTE) and three teams in the top eight of the National Parliamentary Debate Association (NPDA) national championship tournament. Adam Testerman, director of forensics and an instructor in the College of Media & Communication, was named NPTE Coach of the Year, while student Logan Kelley earned the equivalency of an individual national title at the NPDA tournament.

“I believe this year's group established a new standard of excellence for us moving forward,” Testerman said. “We can't expect to produce the results from this year every year, but we can expect to maintain the standards and practices that made it possible. We are just so proud to represent our university in competition, and we hope to contribute to the overall movements Texas Tech has made to be an elite institution.”

Under Testerman's guidance, Texas Tech kept alive its streak of placing at least one team in the semifinals or higher of every single tournament in which it competed this season and earned a top-five ranking in the season-long sweepstakes competition, finishing in the finals in three separate tournaments, as well as having three teams place in the top 12 in season-long points.

Texas Tech debate holds two NPDA National Championships (2008 and 2010) and one NPTE top speaker (2010) and consistently places in the top five at nationals.

Parliamentary debate requires debaters to possess multiple skills for both argument-centric and audience-centric forms of argumentation. The topic of debate changes after each round of competition, which forces successful debaters to have a thorough knowledge of politics, current events, modern philosophy and other topics vital to a well-rounded education in liberal arts.

At Texas Tech, students are asked to center their arguments around experiences during their educational process, which allows debate to double as a laboratory for testing ideals about the real world, with the hope that successful debaters will leave Texas Tech with a better understanding of the world around them and a commitment to make it better.

“Our success is a testament to the climate of excellence fostered by Texas Tech University,” Testerman said. “Our department and college are committed to excellence, and we feed off of that.”

At the NPDA championships, Texas Tech faced off with 148 other teams from 45 colleges and universities. Kelley, a junior political science major from Abernathy, was named the James “Al” Johnson top speaker, essentially being named an individual national champion, earning that honor over almost 300 other competitors.

At the NPTE tournament, where teams must earn a qualification to compete, Texas Tech experienced unprecedented levels of success, sending all three teams through the preliminary rounds and into the round of 32.

There, DeMarco and Tesfaye finished third after losing a close decision to the NPDA national champions from Mercer. Groznik and Harper finished fifth, just ahead of Kelley and Gustafson in sixth. Groznik was named the fifth-best speaker, with Gustafson in 11th, Tesfaye in 13th and Kelley in 18th.

“It was amazing to watch the basketball team make such a deep run at the NCAA tournament, because it felt like this was a special year for everyone on campus,” Testerman said. “We refused to settle for anything less than our best effort and dedication, and it worked. Our ability to recruit top-level students and coaches will hopefully contribute to a culture of success for many years to come.