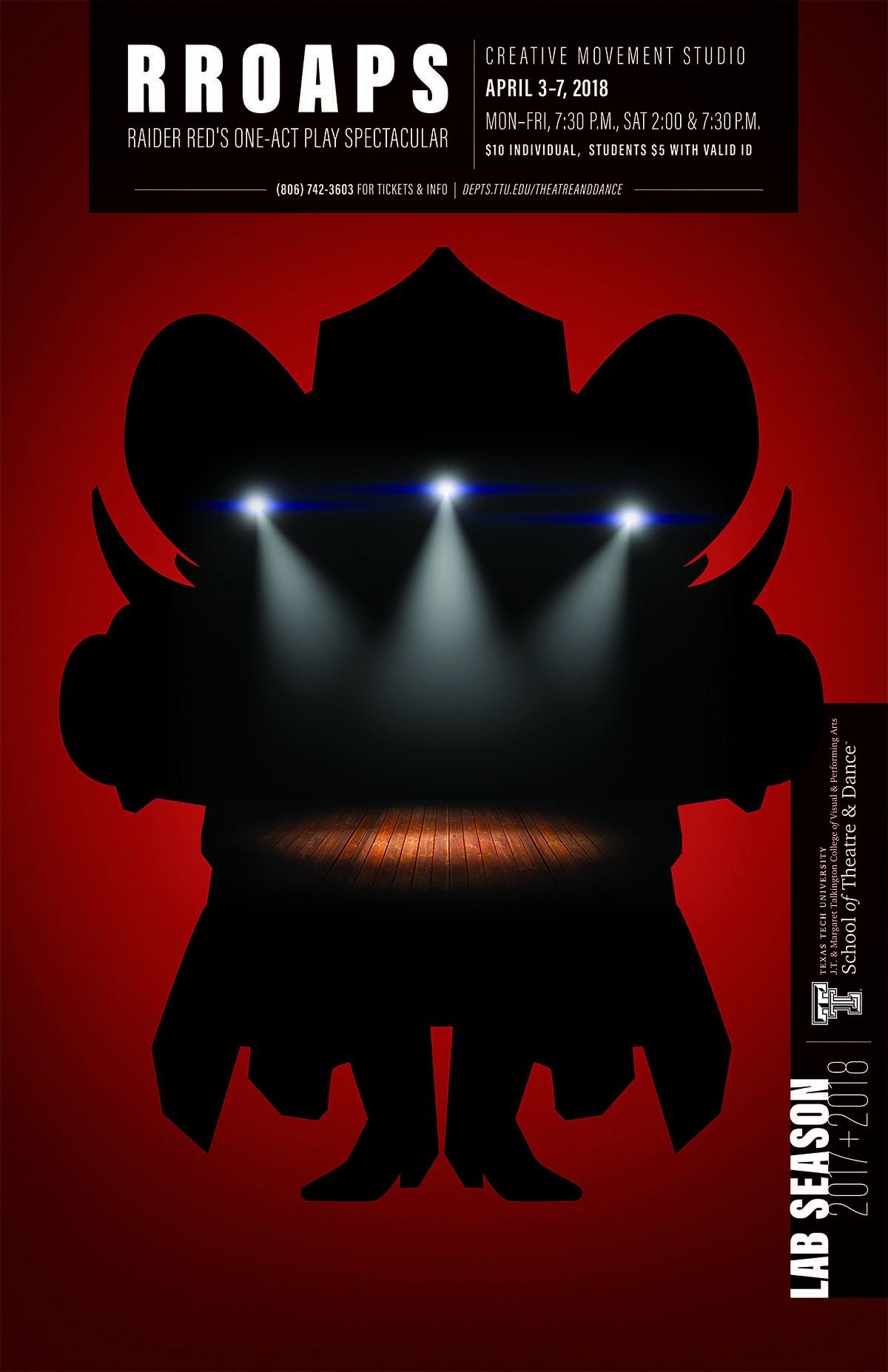 Dean McBride, a graduate student and producer of “RROAPS,” said “RROAPS” is unique within the School of Theatre & Dance because it is completely student-driven.

Tickets for RROAPSare $10 for individuals and $5 for students with a valid student ID.  A limited number of free student rush tickets are available for Texas Tech Students.  More information is available online or at (806) 742-3603.