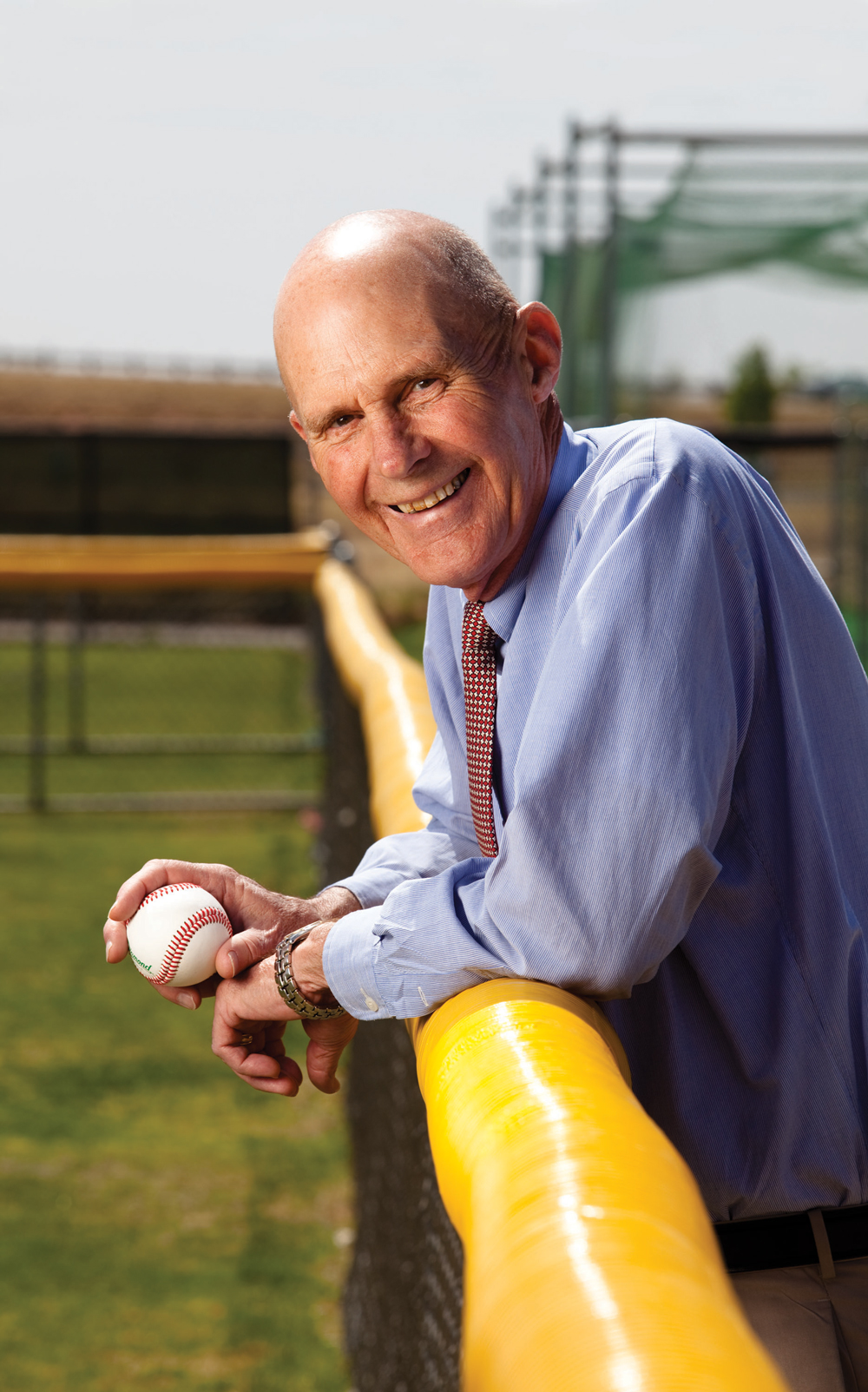 Bill Dean, Ed.D., announced Saturday, March 24, his retirement as president and CEO of the Texas Tech Alumni Association, effective Dec. 31, 2018. He plans to continue teaching as an associate professor in the College of Media & Communication, as he has for the past 51 years.

During his 40 years at the helm of the Alumni Association, Dean has overseen many projects, including a 1995 expansion of the Texas Tech President's Home, which has housed the association since 1969. The facility was renamed the Merket Alumni Center. The facility expanded again in 2008 and became the McKenzie-Merket Alumni Center. That expansion included the Peggy and Bill Dean Grand Reception Hall. He and his wife received the Lauro F. Cavazos Award from the Alumni Association that same year.

In 1997, the association broke ground on the Frazier Alumni Pavilion, located southwest of Jones AT&T Stadium. The facility became a game-day attraction for association members and a venue for other events.

A native of Lubbock, Dean graduated in 1957 from Lubbock High School, where he played baseball and served as sophomore class president. He was elected student council vice president his junior year and president his senior year.

At Texas Tech, he earned a bachelor's degree in marketing in 1961. He played baseball all four years, lettering three of them. He pledged Phi Delta Theta fraternity and was active in Student Government. Serving as student body president, he had the honor of flipping the switch for the first Carol of Lights.

Dean remained involved in Phi Delta Theta after college. He was chapter adviser for 38 years and held several national offices. He was adviser to Texas Tech cheerleaders for 11 years and remains the Saddle Tramps spirit organization after 21 years. He also advised the campus honor society Omicron Delta Kappa.

After college, Dean served six years in the United States Army, both on active duty and in the reserves. He was honorably discharged in 1967 with the rank of first lieutenant.

He returned to Lubbock and began teaching journalism and serving as student publications director at Lubbock High. He completed his master's degree in secondary education in 1965. Dean became student activities director at the newly opened Coronado High School in Lubbock in 1966.

He began serving as director of student publications at Texas Tech in 1967.

Dean completed his doctorate in education administration in 1971. He joined the faculty of the Department of Journalism at Texas Tech, which became part of the college now known as Media & Communication. He served as associate dean and an academic adviser for many years, in addition to teaching mass communications, journalism and public relations classes.

He was named Best Teacher at Texas Tech, in a student poll, 14 times, most recently in 2016-17. He received the high honor of the President's Teaching Award for Excellence twice. The Moms & Dads Association presented him with a Faculty Distinguished Leadership Award in 1997. That year, he also received the Mass Communications Outstanding Alumnus Award.

Dean has been awarded numerous honors for many aspects of his life. Most recently, the College of Media & Communication honored him with its first Lifetime Service Award in 2017. He received the Silver Addy Award from the Lubbock Chapter of the Federation of Advertising Executives in 2015.

In 2016, he received the Heritage Award from the Double T Varsity Club. He was selected for the Roscoe Wilson Elementary School Hall of Fame in 2013. He received the Gold Medalist Award for Community Service from Women in Communications in 2009.

After college, Dean remained active in baseball, playing in semi-professional leagues for two summers. He coached baseball for 35 years in Lubbock Colt League (15-16-year-olds), Pony League (14-15-year-olds) and Little League (8-12-year-olds). In 1970, he coached the Brown-Griffin (Lubbock High) team that won district and bi-district. In 1972, he coached the Bell Red Checks (Monterey High) that won the American Legion state championship.

What they are saying about Bill Dean

“Dr. Dean has been a pillar at Texas Tech since my years as a student and has continued to be a trusted adviser, supporter and friend throughout my career. Bill is the true embodiment of the Red Raider spirit and has devoted his life to its students and alumni community. I am thankful for his years of invaluable service to the Texas Tech Alumni Association and look forward to how he will continue to impact this university.”

“Bill Dean is a living icon of Texas Tech University. Throughout his 40-year career leading the Texas Tech Alumni Association, Bill's impact on the growth of the organization and countless contributions to the university have been driven by his unwavering commitment and love for Texas Tech. I'm glad students will continue to benefit from the positive influence of Dr. Dean as a teacher and caring mentor. Like so many others, I am blessed to call him a friend and admire and appreciate his many years of contributions to our students, the Alumni Association and the entire Texas Tech community.”

“For 40 years, Bill Dean has led the Texas Tech Alumni Association with dignity, integrity, strength and vision. He has been the voice of our alumni base and a proud advocate for higher education. His legacy will be a more powerful Alumni Association that is a Fearless Champion for the academic mission of our great university.”

“Bill Dean is an icon on our campus. I have had the pleasure of working for and alongside him for almost 20 years. Without question, he has not only taught me what it means to lead but, more importantly, what it means to serve. Behind my own father, no other man has had as much influence on the person I have become than Bill Dean has, and I cannot express my appreciation for his loyalty and his role in my life. It has been an honor to work for him.”

“Bill Dean is a Texas Tech icon. His name is synonymous with all that is great about being a Red Raider. He is a loyal friend to Texas Tech Athletics and we wish him well in retirement.”