Back Burners: More Than Just for Cooking on the Stove 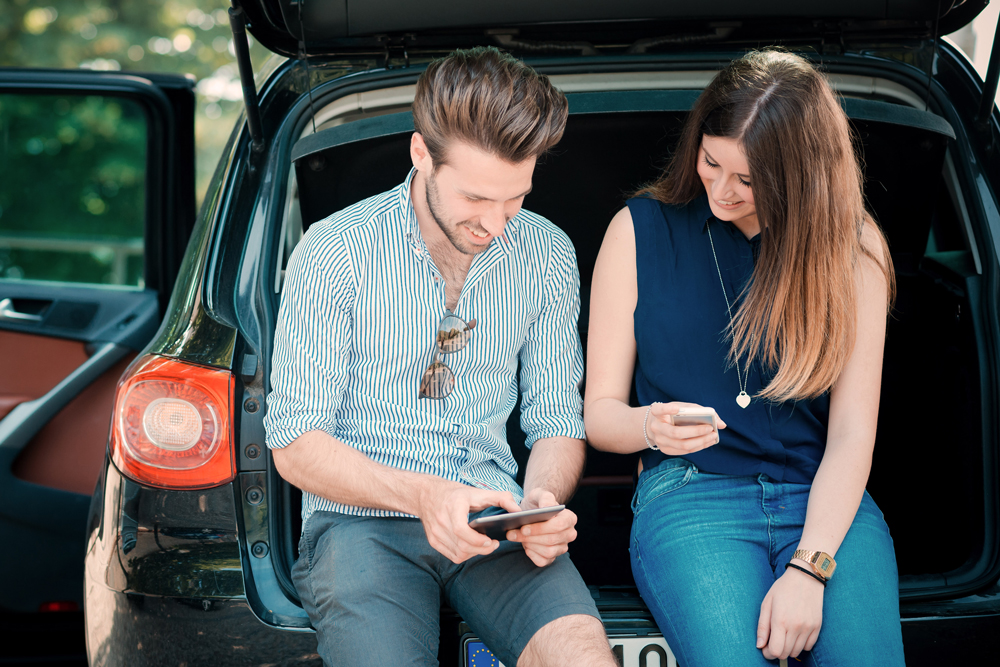 Having and maintaining a potential relationship waiting in the wings seems to be a key part of dating for college students.

Under normal parameters, those three words represent the thinking of someone who is planning ahead, who is creating contingencies in the event that what is currently operational either fails or runs into problems and no longer becomes viable. It doesn't matter the subject. Having alternatives is oftentimes the smart move.

Except, maybe, when it comes to relationships.

Maintaining lines of communication with one or more potential romantic or sexual interests, whether or not you are in a committed relationship at the time, seems to be the norm when it comes to dating techniques among young people these days. While there's no risk in doing so if you are single, keeping open lines of communication with those you find attractive can be troublesome if you are already in a relationship.

But according to research by Texas Tech University associate professor Narissra Punyanunt-Carter, the assistant dean for international affairs in the College of Media & Communication, maintaining open communication with potential romantic or sexual partners, known as “back burners,” is widely prevalent among college students, whether or not those feelings are ever acted upon and regardless of current relationship status.

“Oftentimes, people think back burners are like a hookup or something sexual in that sense,” Punyanunt-Carter said. “But that's not necessarily the case. A back burner is, technically, somebody you have affection for, somebody you are attracted to, and there is that possibility out there should your primary relationship fail or not work out.”

Punyanunt-Carter believes the best research comes from subjects that are personal, or what she calls “me-search.” But even she was surprised when she found out about the prevalence of back burners.

She discovered Jason Dibble, her co-author on the paper “Maintaining Relationship Alternatives Electronically: Positive Relationship Maintenance in Back Burner Relationships,” had several back burners despite being in a committed relationship at the time. His explanation was “just in case” something happened to the primary relationship.

That got Punyanunt-Carter thinking about how common this relationship practice is. She conducted a survey of 658 college students and discovered that not only are back burners quite common, but students also average about five back burners each.

“Research has shown that dating is trending this way because there are so many apps that make it available for people who are dating, if they don't find what they are looking for then they just swipe to the next person,” Punyanunt-Carter said. “Before, it was whoever was in your circle or in your friends' circles. They could set you up with someone from their church or a person they work with. We know now that our circles are much broader because with dating apps like Tinder, you can date anyone within the state or anyone in the world.”

Back burners go beyond just a simple crush or infatuation with another person because there is at least some amount of communication with the back burner. How much communication, and in what form it takes, determines how likely a person is to attempt to turn a back burner into a relationship.

“Being positive in a relationship means you're enjoyable, you're warm, and you're compassionate with that person,” Punyanunt-Carter said. “So it might be somebody who is super friendly or is fun to be around. Those are the traits that exhibit being positive and that is what a person projects onto their back burner.”

“I think with singles it's that line of discretion,” Punyanunt-Carter said. “Those in committed relationships don't want their partner to think, ‘Why are you friends with this person? Why are you always smiling when she's around?' I also think there are more repercussions for women to use positive assurances because they might be afraid of the hostility a partner might show if they were more positive toward other people.”

Now that Punyanunt-Carter and her colleagues have identified the factors for why people keep and nurture back burners, the next step is finding out what the triggers are that cause people to act and try to turn their back burner into a relationship.

“I think when they feel a strong connection to that person more than their previous partner or current situation, and feel they can totally connect with that person, then, definitely, there is that impulse to act upon it,” Punyanunt-Carter said.

The key, of course, will be whether the back burner is willing to reciprocate, or even if the back burner knows they are considered as a potential romantic or sexual partner. It all depends on communication and terminology.

“Sometimes they do know they are the back burner, but oftentimes they don't,” Punyanunt-Carter said. “They don't even realize it, especially if they are single and are seeing five or six different people. The way college students term it is very different. Instead of saying ‘We're dating,' they might say, ‘We're talking' when in reality it's texting. But that same person might be texting seven other people.”

She added one of the next steps in this research will be examining exactly how people define relationship partners, whether it's a hookup, a one-night stand, a crush or a back burner, and how those definitions affect communication behaviors.

“If I define someone as a back burner as opposed to a one-night stand, what are the factors at play and how do I view those relationships?” Punyanunt-Carter said. “In the past, girls grew up with this Cinderella aspect of relationships, that one day they will find their prince. But is that really the case anymore? Now, it's shifting into they don't have to have one certain guy, they can have all these guys.

“All social media research shows college students have less empathy and less tolerance for communication face-to-face. How does all of this play into how you factor into relationships what you think is important?”