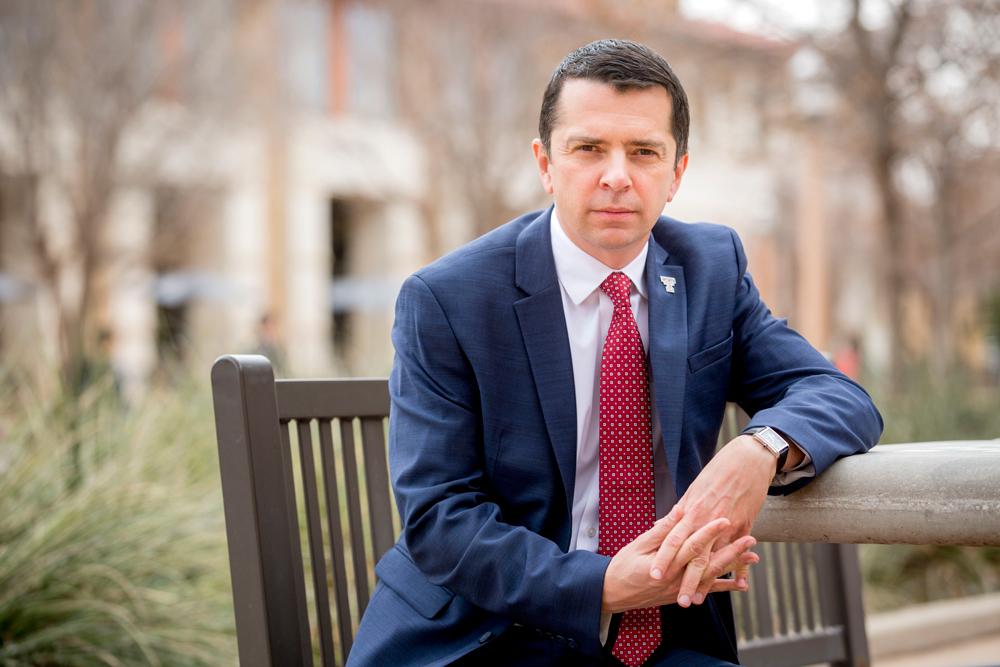 Alex Onischuk will be inducted into the U.S. Chess Hall of Fame for his contributions to the game as both a player and coach.

Alex Onischuk will be inducted into the U.S. Chess Hall of Fame for his contributions to the game as both a player and coach.

Texas Tech University Knight Raiders Chess Program Coach Alex Onischuk's list of accomplishments includes multiple championships and awards as both a player and coach. Now, he can add Hall of Famer to that list.

“The 2018 inductees to the U.S. Chess Hall of Fame represent distinctly different eras and areas of focus in furthering the game in the United States,” said Harold Winston, U.S. Chess Trust chairman.

Onischuk will be inducted at the Saint Louis University Museum of Art (SLUMA) with a plaque bearing his image and biography. The ceremony will serve as a kickoff to the 2018 U.S. Men's and U.S. Women's Chess Championship tournaments being held at the Saint Louis Chess Club.

Onischuk said it is a great honor to be recognized for the hard work he has done.

“The last five years have been the most productive in my career,” he said. “I'd like to thank my students and everyone in the Texas Tech family who has been supportive to the chess program.”

Onischuk became an international grandmaster, the highest-ranking title in chess, at only 19. He has been one of the top 100 players in the world for 20 consecutive years and competed in six straight Chess World Cup competitions. He won the U.S. Championship in 2006 and has competed on six elite U.S. Olympiad teams, leading the U.S. to a gold medal in the 2013 Pan-American Continental Championship. In 2014, Onischuk was recognized as Grandmaster of the Year by the U.S. Chess Federation.

Elizabeth Sharp, interim vice president of the Division of Diversity, Equity & Inclusion, said it is an incredible honor to have a Hall of Famer leading the Texas Tech Knight Raiders.
“Coach Onischuk serves as an inspiration and strong role model to the students in the chess program and to all Red Raiders,” Sharp said. “We are exceptionally proud of him and all his accomplishments.”

The Hall of Fame inductions and the opening ceremony of the Championships are open to the public and will take place at SLUMA April 17, with a cocktail reception at 6:30 p.m. and program at 7 p.m. Tickets are $25 each. To attend, email register@saintlouischessclub.org.

About the Chess Program

The chess program was established within the Division of Diversity, Equity and Inclusion in 2007 and has since earned more than 10 national titles. The Knight Raiders finished third in 2010 and 2014 through 2016, won back-to-back national titles in 2011-12 and placed second in 2017. The program was named Chess College of the Year in 2014.