Larry Phillippe, managing director of Texas Tech University’s Student Disability Services, is available to speak about the differences between the two types of animals and federal laws that address their accommodations.

Are emotional support animals allowed on flights? For a woman trying to board a United Airlines flight with her emotional support peacock at Newark International Airport on Saturday (Jan. 27), the answer was no.

The airline cited weight and size restrictions, among other reasons, in refusing to allow the exotic bird to board. But the story brings to light the growing number of passengers accompanied by trained service animals or emotional support animals, federal guidelines regarding their accommodations and those who must serve these animals and their handlers, even when it's not clear if the animal is a true support or service animal, or just a pet. 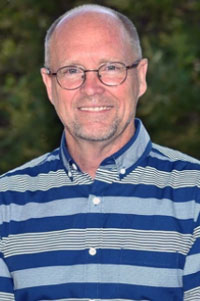 Larry Phillippe, managing director of Texas Tech University's Student Disability Services, is available to speak about the differences between the two types of animals and federal laws that address their accommodations. He also can comment on measures businesses are taking to protect themselves, like new requirements introduced by Delta Airlines in response to an increase in reported animal incidents, including urination, defecation and attacks on flights.

Student Disability Services promotes each student's learning experience by providing programs and services for students with disabilities and education of the campus community on issues related to students' disabilities.