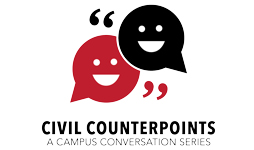 The conversation series at Texas Tech University will feature media and law experts to discuss the issues with government control and questioning of news media.

Having just broken the bonds of an oppressive government, the framers of the U.S. Constitution knew how critical it was to have a system of checks and balances on lawmakers and those who guided the new republic.

That's why the First Amendment makes certain guarantees; among them is the freedom of the press to report on the actions taken by local, state and federal governments. Ever since, the media has been the watchdog of government, reporting its successes but also shining a light on corruption or actions that are against the public good.

That institution of the free press, however, is under as much pressure as at any point in its history. In an era when news is available from more sources than ever and can be delivered by platforms never imagined by the Founding Fathers, the veracity of news content is increasingly being doubted.

The investigation into Russian meddling in the 2016 U.S. presidential election encompasses media elements, while the Federal Communications Commission's recent rescinding of net neutrality regulations muddles the question of rapid, equitable access to online content by individual and non-commercial internet users.

In addition to the assault on news media, the availability of public information and the access to that information are increasingly at issue. Concerns are being raised about federal and state governments censoring content and/or restricting access to publicly-funded information at institutions such as the Environmental Protection Agency, the Food and Drug Administration and Centers for Disease Control,

The continued questioning of the truthfulness of news media and the reduction of access to public information by the U.S. government will be the subject of the fourth installment of Civil Counterpoints, a campus conversation series that encourages open discussion of topics and their potential impacts on society.

Experts from Texas Tech University, current and former journalists and law experts will pose a diverse range of perspectives on these subjects at 5:30 p.m. Tuesday (Feb. 6) in the Allen Theatre of the Texas Tech Student Union Building. Audience interaction is encouraged, and a reception with the expert guests will follow.

“Since the early stages of his campaign, President Donald Trump has consistently leveled charges of ‘fake news' at the established press, and the veracity of news reports is being actively questioned by the American public,” said Kent Wilkinson, the Thomas Jay Harris Regents Professor in Hispanic and International Communication in the College of Media & Communication. “This state of affairs has significant implications for the U.S. political system, which is predicated on a well-informed voting public. This session will engage the press freedom issue as well as heightened concerns surrounding public access to government-funded research and other information.  The Civil Counterpoints organizers and expert discussants look forward to lively interactions with members of the audience.”

Eric Bucy, the Formby Professor of Strategic Communication in the College of Media & Communication, will moderate the discussion.

Civil Counterpoints is a collaboration among faculty members from the College of Media & Communication, the College of Arts & Sciences, the College of Agricultural Sciences & Natural Resources and the Honors College to encourage civility and open-mindedness in discussions of controversial topics. Support is provided by Texas Tech's Division of Undergraduate Education and Student Affairs, and segments of the discussion will air on KTTZ-TV later in the spring.

The event is free and open to the public. Those interested in the event can also follow along on Twitter and contribute to the discussion using the hashtag #ttubecivil.

For more information on Civil Counterpoints, including dates and topics for future discussions, go to its website.