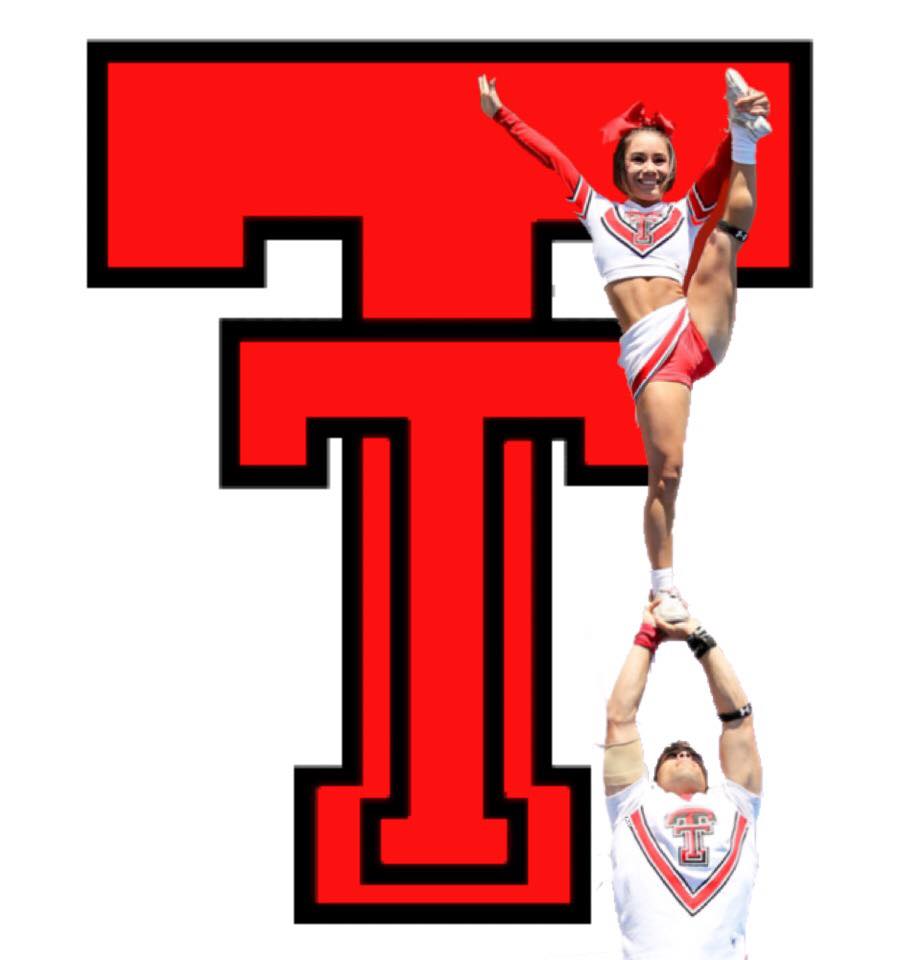 “I don't know anyone who is more dedicated to the sport of cheerleading than these two students,” said Stephanie Rhode, Texas Tech Spirit Program director. “Every day, they are always doing something to improve themselves, to be better cheerleaders, better partner stunters and better representatives of Texas Tech. They are extraordinary in the way they prepare themselves and the way they work, and they are great leaders.”

The UCA & UDA national championship is by invitation only, and teams must send a video entry to qualify. Texas Tech was one of 15 schools across the country to receive an invitation this year. Garcia and Ollison created their own routine and performed it for both the video entry and the live routine.

“We started practicing Jan. 4,” Garcia said. “We did the full routine one time for the video and did one full-out per day. My favorite part was the transition from the flip into a double-up just because it's so different, and you don't really see people doing that.”

The championship concluded on Sunday, and on Monday, Garcia and Ollison attended the selection process for the U.S. National Team with USA Cheer, securing their spots on the coed team. As part of the team, Garcia and Ollison will join other elite cheerleaders from across the country in representing the United States at the International Cheer Union World Cheerleading Championship April 25-27 at the Walt Disney World Resort in Orlando.

“I'm beyond measurement in terms of excitement,” Ollison said. “I'm ready to push myself as an athlete to become better while training with the best in cheerleading. It's going to be breathtaking to perform for our country. Having the experiences I have at Texas Tech, I get the opportunity to train every day to prepare for this moment on the world stage.”

Other Red Raiders who have cheered on the U.S. National Team with USA Cheer include:

“I'm very happy our students have been selected for the U.S. National Team for USA Cheer,” said Bruce Bills, Texas Tech head cheer and mascot coach. “Having our squad members chosen is validation of the hard work and dedication our cheerleaders bring to the sport. We are proud to know that Red Raiders are not only representing our university, but also our state and country in a sport we love.”

This weekend wasn't the first time Garcia and Ollison have competed together. They began working as a stunt team in 2015 at Trinity Valley Community College before transferring to Texas Tech in 2016 and joining the Spirit Program.

Since arriving at Texas Tech, they've earned first place in 2016 and second place in 2017 at the National Cheerleaders Association Collegiate Cheer Championship. They also competed at the UCA & UDA championship in 2017 and placed second.