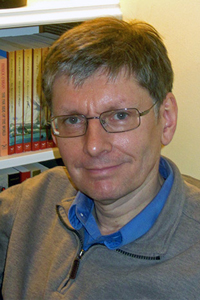 The Institute for the Study of Western Civilization will host events over the role of science in the modern world starting Monday (Feb. 5).

MEDIA –Stephen H. Balch, director of the Institute for the Study of Western Civilization, will be available to speak about Texas Tech Commemorates the Scientific Revolution week at 11 a.m. Friday (Feb. 2) in room 310 of Drane Hall.

The Institute for the Study of Western Civilization will host a week of events covering the impact of the Scientific Revolution in a variety of disciplines from Monday (Feb. 5) through Feb. 12.

Other lectures throughout the week include:

Stephen H. Balch, director of the Institute for the Study of Western Civilization, said this weeklong event is unique because these lectures will show the variety of disciplines that are impacted by the Scientific Revolution.

“It is important that academic communities appreciate how the integrated consideration of big questions, like the nature, origins and impact of science, can bring about an illuminating convergence among fields of specialization,” Balch said. “In demonstrating this with this science commemoration, and the later events on Shakespeare, the American Founding and the Great War that will follow, Texas Tech is breaking new ground.”

The Remnant Trust also will display an exhibit at the Texas Tech Library as a part of the weeklong event with first and early edition texts pertaining to the Scientific Revolution. The documents on display include Galileo's “Opere Galileo Galilei” from 1718 and Francis Bacon's “Of the Advancement and Proficience of Learning” from 1640. The exhibit will be open from Friday (Feb. 2) to April 2.

For the full schedule of events, visit The Institute for the Study of Western Civilization's website.