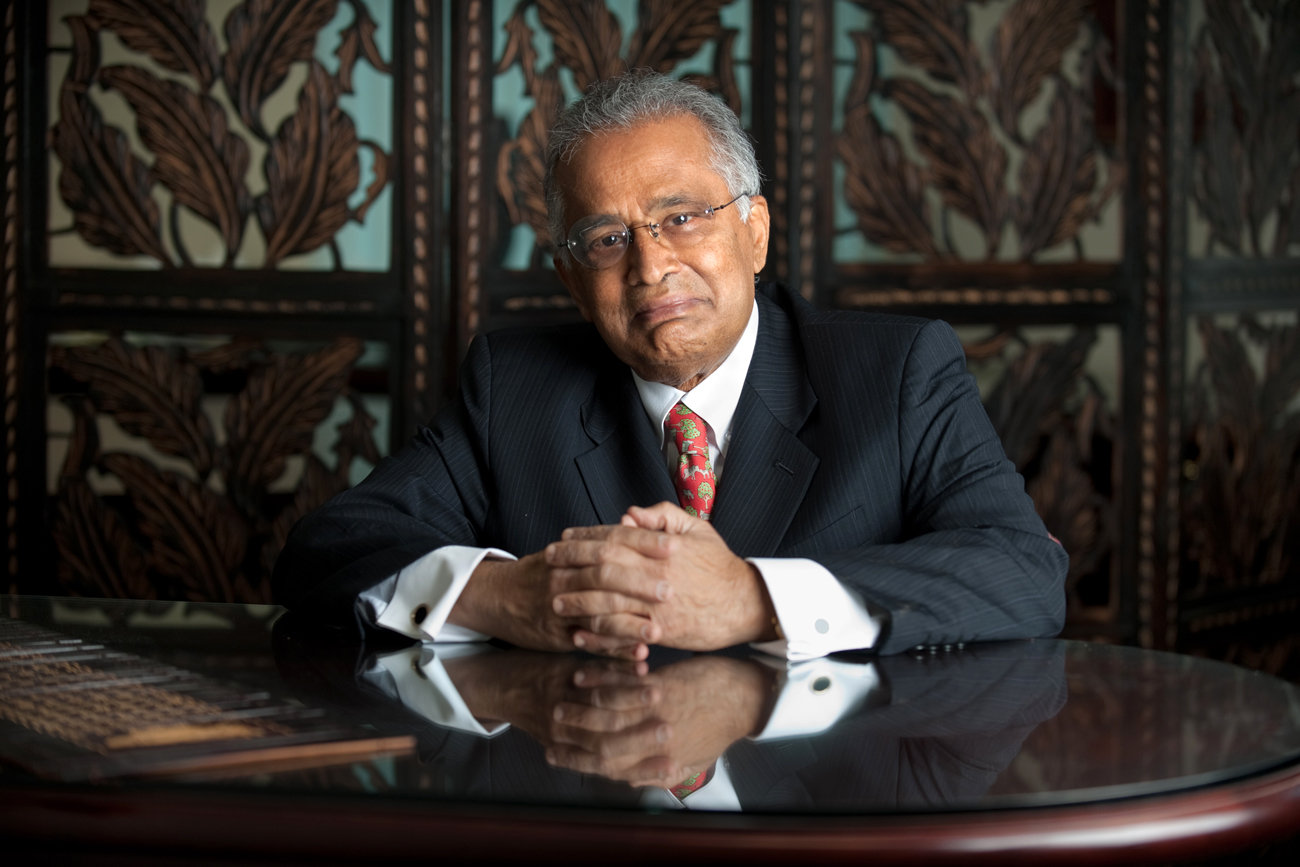 Atluri was named one of the most widely noted researchers, but his career is much more than that.

A multitude of data is produced every second. In fact, IBM postulates that 2.5 quintillion bytes of data are produced every day. It's a miniscule part of this data that helps Clarivate Analytics (formerly Thomson Reuters) figure out who some of the world's most highly cited researchers are.

The list includes 3,300 researchers who, over an 11-year period, published numerous scientific papers that rank in the top one percent most-cited in their fields.

“I've been included in this list for the past three years or so,” Atluri said. “It's based on statistical analysis of data. How could you consider 3,300 are the best scientific minds? I'm modest enough not to believe it. But, there are people who are cynical and say it doesn't mean anything. What it means to me is, I'm a senior citizen and there are much younger people on that list, so it's at least gratifying to know I'm still useful.”

Modesty is no act with Atluri. While he appreciates the awards and accolades he has rightfully received and doesn't let them get to his head. He even keeps the numerous degrees he's earned at home.

“I don't like to hang my awards or honors or diplomas on the wall. I don't hang them at home, either. They're in the garage,” he said with a light chuckle.

Atluri was born in Gudivada, India, and he attended the Indian Institute of Science in Bengaluru. The institute is the equivalent of Harvard University and Massachusetts Institute of Technology (MIT) put together, Atluri said.

His alma mater has a tradition of displaying the top students of every graduating class on a board called the Roll of Honors. Atluri was placed on that list when he graduated, in 1966.

“That was the best thing people used to hope for in those days,” he said. “My peers and I were all young kids, and for your name to appear on the board, that's the highest of high honors.”

As his career progressed, Atluri received even more recognition from his alma mater.

“In 1992, the school had its golden jubilee, celebrating 50 years since its opening,” he said. “I was picked as one of the 25 distinguished alumni. Then, the school had its platinum jubilee 25 years later, in 2017. I was selected as one of the 35 distinguished alumni at the 75th anniversary. I think it's always great to be recognized by your own school. No honor is more worthy than your teachers and colleagues saying you did well.”

Just as Atluri's career has flourished over the years, so has his home country, and he couldn't be more proud.

“I am very proud to see how India has progressed so tremendously in aerospace engineering,” he said. “It didn't have many resources when I was a student because India was colonized and didn't have much wealth. Now, it is doing extremely well. Science has developed immensely.”

Inspiration can come out of nowhere. For Atluri, it came from a rousing speech he heard on the radio of then-U.S. President John F. Kennedy when Kennedy spoke about going to the moon in 1962.

“In my teenage years, John Fitzgerald Kennedy was a big hero,” Atluri said. “I was fascinated by this intellectual president who spoke eloquently – even if his speeches were written for him. He was a very charismatic president, and all the young people all around the world were mesmerized by him.

“One of the speeches he gave was about going to the moon. He said we go to the moon because it's the will of the people across the world. At that particular time, I decided I wanted to study aerospace engineering. I didn't know much about it, but I thought it was probably something very nice.”

Atluri graduated from the Indian Institute of Science at the most opportune moment – right in the middle of the race to go to the moon.

“I was fortunate enough to go to MIT for my doctoral degree and the timing and my age was just perfect because when I came to MIT in 1966, the Apollo project was just starting,” Atluri said. “The professors I had at the time, they were all instrumental in designing the guidance and control mechanisms, propulsion systems and structural analysis, and they were all right next to my office.

“What was more coincidental was, I finished my thesis and received my doctoral degree in March 1969. A few months later, in July, the three men landed on the moon. To me, I was right in the middle of history. I lived through some very interesting times.”

Though Atluri has been at Texas Tech for only two years, his career has spanned many decades. Some of the many awards and achievements he has accomplished include:

Atluri also founded the International Conference on Computational & Experimental Engineering and Sciences, which brings together more than 500 of the world's most respected researchers in disciplines such as nanoscience and technology; nanostructured materials; engineering, biology and medicine; sustainability, environment and climate; computational biology, biomechanics and bioengineering; meshless and novel computational methods, and more.

He also has published works including, “The Meshless Local Petrov-Galerkin (MLPG) Method (CREST, contemporary research on emerging sciences and technology),” and “Structural Integrity of Aging Airplanes.”

Looking back on Atluri's life, his incredible achievements are worth celebrating. But Atluri himself only wants to look ahead to the next generation of researchers.

“My greatest academic achievement is mentoring at least 1,000 young people,” he said. “Awards are nice, but what is most important is you teach the young people to carry on much better than you did because I stood on the shoulders of some great people, my teachers. They enabled me to look deeper and farther into the universe. So, I should enable the next generation to stand on my shoulders and do much better than I did. I think I've done that.”