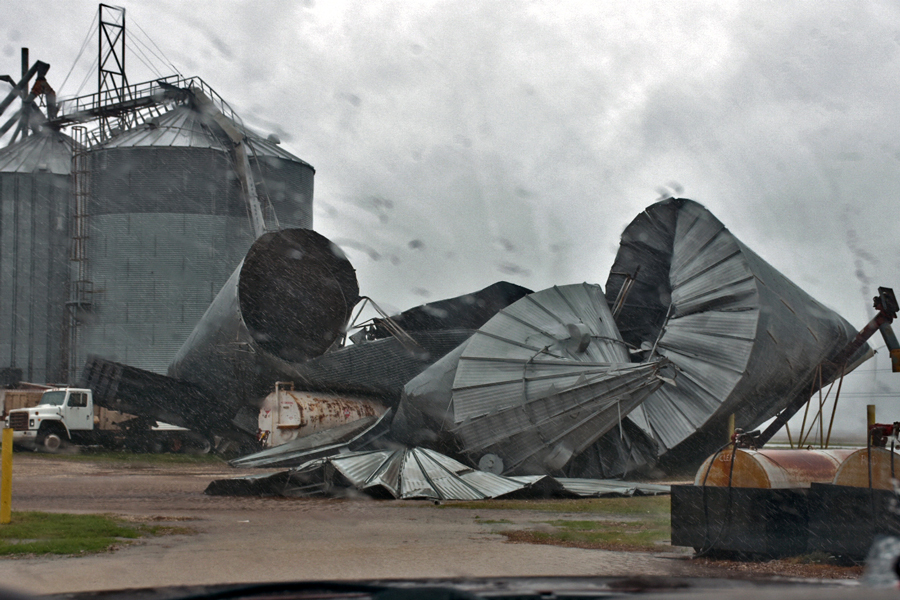 Darren Hudson estimates the agricultural industries in Texas and Florida lost about $500 million due to Hurricanes Harvey and Irma.

Darren Hudson, the Larry Combest Endowed Chair for Agricultural Competitiveness and a professor in the Department of Agricultural and Applied Economics in the College of Agricultural Sciences & Natural Resources at Texas Tech University, estimates the two hurricanes caused roughly $500 million in losses for the agricultural industries in Texas and Florida, primarily due to property destruction and livestock and crop loss.

“The biggest impact in the short run is going to be the cotton quality degradation because of the rainfall and the flooding that occurred on cotton that was in the field, as well as those shipment delays,” Hudson said.

In Texas, Hurricane Harvey had an enormous effect on the cotton industry, destroying gins, cotton in the field and even cotton that had already been harvested. Hudson said Irma had a pretty significant impact on the citrus industry in Florida, destroying one-third to one-half of the orange crop.

Loss of infrastructure, such as damaged or lost cotton gins and road disrepair, will have a longer term impact on the agricultural industry along the coast. Despite the enormous amount of damage caused by the hurricane, Hudson said there are ways the industries can bounce back.

“Obviously, farmers have equity in their farms, and they are probably going to have to use some of that equity to recover,” Hudson said, “Hopefully, a lot of this will be covered by either the disaster assistance or by insurance coming off the crop.”

The insurance payout should occur quickly, Hudson said, but the assistance from the disaster relief bill will take longer, probably three to six months. Additionally, help will come from the hurricane pool formed by the local cotton gins for already harvested cotton that is no longer covered by insurance.

Hudson said a lesson can be learned from these hurricanes and, hopefully, there will be innovations in the way some of these issues are handled in the future. He said he would like to see transition insurance or insurance products that agricultural producers can purchase for damage in the gin yard.

“Quite a few of the producers who are on the coast are fairly innovative and try to address risks,” Hudson said. “They know it's coming, they just don't know when. So, they try and prepare for it the best they can.”

NWI Researcher: Harvey Had Strongest Winds Ever Measured With StickNets