Dean Nolen and Ashley Meyer received awards from the Association for Theatre in Higher Education for their efforts in the classroom and on stage. 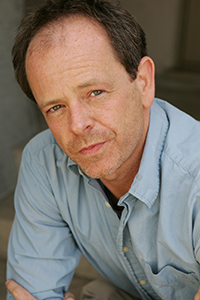 Innovation in education frequently comes in the form of tangible improvements, like state-of-the-art technology replacing outdated equipment in a biology or engineering lab. In the arts, innovation can be less noticeable, taking the form of something like a change in teaching pedagogy.

For Dean Nolen, head of acting and directing in the Texas Tech University School of Theatre and Dance, and Ashley Meyer, a graduate student and part-time instructor in the school, innovation is an important part of what they do every day within the J.T. and Margaret Talkington College of Visual and Performing Arts (TCVPA).

"I feel very fortunate and very lucky to have received this acknowledgement from ATHE," said Nolen, who leads courses in acting and auditioning. "It means a great deal to me."

Innovative communication in the classroom

For Nolen, innovation comes in the form of how he interacts with his students.

"One thing I do is, because I'm an actor myself, I place myself in the class with the students. By including myself with them, it's not a me-versus-all-of-you situation," he said. "I treat a class as if they were a company or a cast of actors."

As the students complete classwork throughout the semester, they begin to form bonds. Communication between all participants is crucial for success, Nolen said.

"There is a healthy craving from each of them for the truth, and I think as a teaching artist, it is my responsibility to be as honest as I can," he said. "I've been called brutally honest but 99 percent of the time, students respond very positively because they know I care a great deal about them and their growth."

Nolen said as the semester progresses, the students learn to trust that his honesty is not mean-spirited, but an indication that they need to rethink the work and come back with another approach. Appreciating failures and mistakes is important, he said.

"Humans fail, characters fail, that's what makes them riveting and that's how they learn," Nolen said. "It stands to reason that actors will fail as well. It's a rather noble thing, to me, to fail and to pick yourself up and discover a vulnerability within that failure. Often a failure is absolutely the perfect thing that needs to happen; it's literally about embracing discovery and pushing buttons and encouraging them to push each other's buttons." 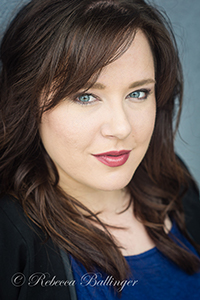 Like life, theater is much more interesting with conflict, Nolen said. Encouraging students to embrace that conflict is important, but challenging, because human don't usually like confrontations.

"It's when things don't go well and we see how we respond, how we recover, how we move forward and our ability to be OK with conflict and to confront or be confronted, that's what's interesting," he said. "As characters we have to embrace it because the characters we play are rarely polite. That conflict is what we thrive on in dramatic literature."

Nolen said the results of his teaching methods are apparent in the way students become more confident in their abilities.

"Students respond very positively," he said. "Sometimes it takes a while for that fearlessness to get to a place where it's recognizable, but as it begins to grow it is inspiring to us as faculty to watch."

Using music as an innovation and inspiration

Meyer, who received the ATHE prize for her work on rhythmic acting and also was recognized by the Texas Tech Graduate School with the Helen DeVitt Hones Excellence in Graduate Teaching Award, has had a similar journey in her own education.

"My largest challenge as a student and professional actor has been consistently trusting my body and keeping myself 'out of my head,' especially as I was starting out," Meyer said.

Traditional acting preparation methods seemed to hinder her instincts, limiting her potential and making her question her own abilities. The solution came as a suggestion from her voice instructor, who told Meyer to try using music to manage her physical and emotional states.

"Music has been used to train theatre professionals for decades," Meyer said. "My technique uses contemporary music and foundational theories from music education to aid in the instruction of acting or as an acting methodology by itself. Rhythmic acting is my interdisciplinary approach that incorporates music cognition and eurhythmics into the actor's preparation process via music."

Her first exposure to rhythm in theater happened as she was working in Austin on the world premiere of the 2008 absurdist play, "House of Several Stories." When the director ran into difficulties making the last few lines of the play work, the playwright took the script outside and pounded the rhythm of the text on the concrete, experimenting with different phrases to help clarify the plot while maintaining the rhythmic integrity of the dialogue.

"This was an artistic awakening for me," Meyer said. "As I pursued my graduate education, I found that a sense of rhythm was the largest factor in actors' abilities – on stage and in the classroom – because a strong understanding and trust of internal rhythm allows successful actors to improve technical elements like pacing, vocal work, volume and physicality, and the emotional connections to the text."

Meyer's method increases the actors' understanding of a play's inherent structure and rhythm, giving them stronger emotional connections while simultaneously allowing the actors to break unhelpful or damaging habits.

"This in turn allows them to realize the text – whatever genre it may be – in a more efficient and interesting manner, ensuring a more fruitful preparation process, both physically and in any dramatic analysis," she said. "It has enabled them to regain a sense of musicality in their speech, an element of American acting which has been deteriorating for some time as the rise of technology has dominated our culture."

Meyer, who has worked with both undergraduate and graduate students and has led classes in acting, house management and theater appreciation, said the method allows students to free themselves from personal inhibitions much more quickly and efficiently than traditional voice and acting work. The selection of the music and specific order of exercises allows actors to find new choices, follow their instincts, release habitual tensions and discover various emotional and intellectual responses to the text.

"Students have responded quite well, especially when struggling with traditional Western European methods," Meyer said. "For more advanced students, the work produces a clear difference in vocal and physical freedoms. The graduate students have also reported that they learn their lines more quickly, and that they progress in scene work much more quickly."

Meyer said the method is not meant to serve as a replacement for traditional methods, but as an important alternative tool an actor or theater artist should have in their skill set.

"My main goal is to have a technique that is efficient, effective, believable and accessible to more aspiring artists and communities, and one that is psychologically healthier than the dominant training methods here in America," she said.

Continuing the path of innovation

The efforts to continue improving education through innovation are far from over. Nolen said the school is in the process of establishing a small local theater company that will allow faculty to work professionally while also giving students a chance to interact with other established artists.

"We've named it the Outpost Repertory Theater; we're in the process of building a business proposal and it is becoming a reality very quickly," Nolen said. "It's thrilling to me because Lubbock has so many people interested in the arts and I think there's a huge growth about to happen."

Support from others within the college allows them to continue endeavors like this, Nolen said.

"We all work very closely together," Nolen said. "It's a family and I think our students know we are here for them, and much of it is because of our director, Mark Charney, who provides that kind of atmosphere and certainly cultivates it among his faculty. The entire college is on quite a journey moving forward, with the guidance and leadership of Dean Noel Zahler. The sky is the limit."

Meyer said the immense support she's received at Texas Tech has not only allowed her to work with students within the TCVPA, it also has provided opportunities to continue her research in places like the Czech Republic and Romania.

"I have been able to share my research and lead workshops on the technique with international theatre artists and students to see how the work translated across cultures and languages," Meyer said.

Support and enthusiasm from the students in the various programs within the school also contributes to the progress and success of the college.

"They are so hungry to learn and so earnest in their pursuit," Nolen said. "They want to have a good time, but they are also very intent on learning and growing as artists and are willing to take giant leaps and risks."

He said he expects big things soon for all of those involved in the TCVPA.

"I came to Texas Tech because I saw where this program could go. The reputation has exploded, we are having more and more people audition, and we have accepted some of the most talented young actors for next year," Nolen said. "People are starting to discover that something is happening at Texas Tech within the College of Visual and Performing Arts and within the School of Theatre and Dance. There's no stopping it, and it's exciting to see it and be a part of it."