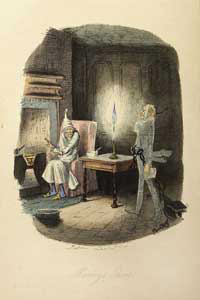 Scrooge was better than his word. He did it all, and infinitely more. To Tiny Tim, who did not die, he was a second father. To the literary world, the crusty miser's tale, written by Charles Dickens and published on Dec. 19, 1843, has survived a surprising 171 years.

However, the meaning may be changing in the 21st century, as young readers take to the pages and see “A Christmas Carol” through  a different set of values, said Mary Mullen, an assistant professor of English at Texas Tech University.

As far as literary figures go, the old humbug's longevity is quite remarkable, said Mullen, who is a literary and pop-culture expert who studies 19th-century Irish and British literature. That's not only because Christmas hasn't changed much since the story was written, but also because the tale itself invites audiences to become a part of the story.

“I think it's important to remember Charles Dickens wrote ‘A Christmas Carol' to make money,” Mullen said. “Dickens helped make Christmas a brand, and that's something that hasn't changed much – what Christmas means. Christmas hasn't changed much since the Victorian period. Whether its meaning is Christian or secular, or if it's just a time for family, you can't escape Christmas. That is, in part, because of Dickens. I've read an anecdote where a young girl heard Dickens had died. She said, ‘If Dickens is dead, is Father Christmas dead, too?'”

Part of the tale's massive appeal also comes from the loophole in copyright law at the time, Mullen said. Because the story was so popular, and because English copyright law did not protect the story from being published overseas, American publishers seized the words and began pirating it for profit, further pushing the tale into popular culture.

“‘A Christmas Carol' is performed every year in all types of communities today,” she said. “The different editions proliferated so quickly. Its appeal was immediate but also timeless.” 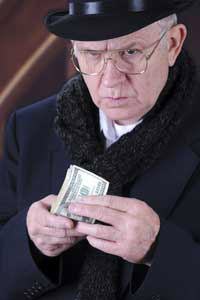 Dickens wrote “A Christmas Carol” at a time of vast industrial change, Mullen said, with an economic landscape filled with poverty and destitution. Many of his works deal with problems he saw, such as materialism. With “A Christmas Carol's” take-home message, he wants members of the capitalist society to stop connecting with each other in terms of monetary value and begin connecting in terms of humanity as well as helping to meet the needs of those who cannot help themselves.

The tale, she said, is sentimental with a  clear moral in which Ebenezer Scrooge became the embodiment of avarice on Earth and ill will toward men. Having dedicated his life to the procurement of money, Scrooge locked his heart to the “frivolities” of life such as love and happiness long ago. He now works through Christmas, and one assumes all other holidays, in the pursuit of growing his coffers ever larger.

He even demands his underpaid, overworked employee, Bob Cratchit, who symbolizes the poor working conditions of the time, to work on Christmas Eve and finds it unfair that he must pay Cratchit for not working on Christmas Day.

Four spectral visits on Christmas Eve night convince Scrooge to change his ways and dedicate his life to loving and helping his fellow man. Immediately after, Scrooge helps his impoverished employee save his sickly son and lives out his life righting the wrongs and undoing the “chains” on his soul.

While the intended meaning is important, sometimes the meaning gets lost as the years pass, Mullen said.

“I'm interested in the different modes of reading that Dickens' stories invite us to think about – what the story actually says, such as its moral and sentimental focus, and how it circulates,” she said. “When it circulates, it often works against the story itself, suggesting a form of outdated Victorianism that we long for, or playing into Dickens's timelessness rather than highlighting the ways in which he was profoundly engaged with his historical moment. We often go to the play or re-read the story at Christmastime to escape from politics rather than using it as an opportunity to think about Dickens' politics or our own political world.” 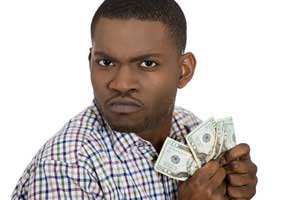 Mullen said the meaning of the story may be changing in the 21st century as people associate the importance of making money with moral and personal responsibility.

While teaching 19th-century Irish literature, she said her students had trouble identifying with characters who ran into debt, which was a common theme of Irish literature at the time. Despite poor characters going into debt because of a political system that required  they be perpetually indebted, she said her students saw the protagonists' choices to take on the debt as a moral rather than a structural problem.

“He said, ‘We always think that Scrooge is a villain, but he's right,'” Mullen said, echoing the student's thoughts. “‘If you don't make money, you can't live. Without Scrooge at the end what would we do? Who would give Tiny Tim the money?'

“For me, this comment revealed the extent to which money is our only understanding of value in the 21st century—even literature is assessed by very smart English undergrad students in terms of whether it will help them learn how to make money. In today's world, you shouldn't give gifts unless you have money to give. If you have to work on Christmas, then you just have to work on Christmas. Capitalism is the dominant mode of connecting and understanding how we should treat one another. A lot of political discourse is ‘take care of your wealth first, and then care about other things.' No one would say Scrooge is the moral center of that story. Yet, the same people who would say this is a great story because it's a triumph of loving one another would do the exact things Scrooge would do and have that be the defining role of morality in the country. But those are the exact values that Dickens is trying to critique.”