Graduate Goes From Prison Jumpsuit to Cap and Gown

Leo Pereida says his faith in God allowed him to make the life changes he needed. 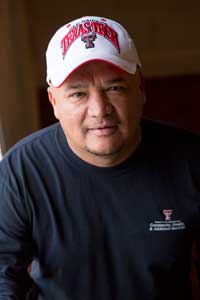 When Leo Pereida was 16, he dropped out of high school and moved out after a fight with his father. At 18, he tried cocaine for the first time. At 26, he discovered crack cocaine. When he was 33, he committed aggravated robbery. At 34, while “high as a kite,” he stood before a judge, pleaded guilty and was sentenced to 15 years in prison.

On Saturday, Pereida will put on his black cap and gown and walk into the United Supermarkets Arena, “Pomp and Circumstance” playing in the background. Along with more than 2,300 other graduates, he will walk across the stage, shake hands with his dean, smile for the camera, toss his cap into the air and have a diploma with Texas Tech University embossed at the top. He is 50 years old.

The turning point in life, he said, came after being sentenced. He was sitting in solitary confinement when his faith in Jesus Christ, which for years had been drowned out by drugs, resurfaced. He fell to his knees, praying and crying.

After leaving prison, he found a full-time job and enrolled at Texas Tech, worked toward a bachelor's degree in community and family addiction services (CFAS) in the College of Human Sciences and told his story with the hope of helping others.

“Not everybody has to go through prison to change,” he said.

Pereida is the ninth of 10 children. He grew up in a small town in Crosby County, but considers Crosbyton, where he fled at age 16 to live with his sister, his hometown. He struggled with high school, made friends who had a bad influence on him and had little direction in life.

Those friends weren't the start of his drug habit, though. Two years later, while he was living in Ralls, his boss's sister came to his house and asked if she could use his bathroom. When she wasn't out after half an hour, he knocked on the door.

“She opened it and had needles in her hand and cocaine, then asked me if I wanted to try it,” he said. “That's when my life went down the wrong way.”

For eight years, he lived for the next hit. Sometime in the chaos he met a woman, got married and had two children, but he could only control his addiction for a couple years around them before leaving his wife and kids. Sometime after that, friends introduced him to crack cocaine. He lived on the streets for seven years feeding his addiction before a woman convinced him to help her rob a motel. He ended up in jail, facing charges of aggravated robbery. 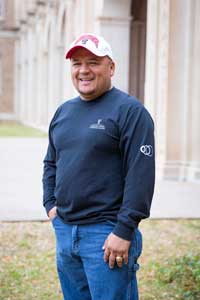 In the six weeks he was in jail, he went to Bible study and talked with other men who wanted to turn their lives around. He could do that too, he thought. He didn't need the drugs.

“Well, as soon as I got out, I forgot all about it,” he said. “I went back to doing my drugs again. I spent a year out on bond, and then the day came that I had to see the judge. I'd been high for the last six or seven days and I went in front of the judge like that. He wasn't happy with me.”

He was sentenced to 15 years for his crime, spent mostly in the Price Daniel Unit in Snyder. This time, Pereida determined to change. He found God, he said, and God helped him to make use of his time in prison, earning his associate's degree and avoiding the prison gangs, including their supply of drugs.

“In prison all you do is either you study, work or hang out,” Pereida said. “You either do your time or your time's going to do you.”

After 10 ½ years, Pereida left prison, moved to Lubbock, found a job and enrolled at Texas Tech. At orientation, an adviser listening to his background suggested he major in CFAS. His experience would give him unique empathy and understanding for clients and their families.

On Sept. 23, 2013, he completed his parole, but he wasn't done with the parole office just yet. Pereida did his internship at the Texas Department of Criminal Justice, in the same parole office he'd once checked into.

“To be behind that line, and now I'm at the desk – it's awesome,” he said with a smile.

“Leo truly appreciates the opportunity to be at Texas Tech, and that shows in his demeanor in class,” she said. “He is a quiet force in the classroom and is a positive influence on other students. I am very excited to see how he builds on his experience to continue impacting others.”

Life today is pretty good for the former junkie. After a series of part-time jobs that kept him solvent, though it took a toll on his grades, he's now a foreman at Apple Country Orchards in Idalou. He's back in touch with his children; his daughter, 24, and son, 22, are coming to his graduation.

“They're really proud of me,” he said.

Pereida, however, said he couldn't take much credit for where he is today compared to where he's been.

“God gets all the glory for where I'm at today,” he said. “I've done nothing to earn it, and I've made it this far.”

Wisdom for the Windfall: Financial Advice for Graduates

Ask the Experts: How to Create a Standout Resume