The university's chess team earns the title after a strong finish. 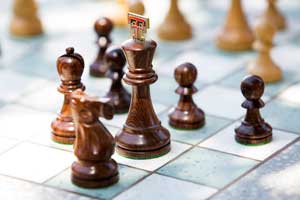 For the second year in a row, Texas Tech University's chess team, Knight Raiders, earned a share of the state title at the annual Texas Collegiate Championships in Irving.

“Texas is home to three of the top four college chess teams in the nation,” said Texas Tech chess coach Alex Onischuk. “Our students performed well under pressure. The competitors from all schools were well trained and were trying hard to win. No game was easy.” 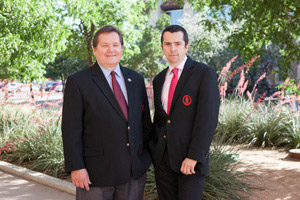 “We are very proud of the continued success of our chess program, and we hope this victory provides us with the momentum to qualify for the Final Four next month,” said Paul Frazier, assistant vice president for the Division of Institutional Diversity, Equity and Community Engagement.

The Knight Raiders will head to the Pan-American Intercollegiate Team Chess Championship on Dec. 27-30 at South Padre Island to try to qualify for the Final Four of College Chess in 2015.

“This win is another big step in reconfirming Texas Tech as a national leader in competitive chess,” said Al Lawrence, director of the Chess program. “It's also a reflection of the excellent work of Coach Onischuk and of the support and encouragement we receive from Texas Tech University.”