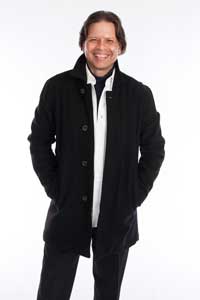 When Eugenio Zapata was growing up in Colombia, he loved both dance and music. He studied dance for 15 years while also playing the piano, envisioning a future full of artistry. At one point, he had to choose. He chose piano for one reason.

“I had better piano teachers,” he said.

The professional musician never stopped loving dance, studying choreography and occasionally designing dance works for different shows. Not until he was teaching piano to easily distracted children did he find just the right way to combine the two arts he loved so much.

“One of the things I was encountering when starting my teaching was the difficulty of teaching young kids the piano and all those musical concepts. How do you get them through that first beginner stage without being bored?” Zapata said.

Today, the Texas Tech University School of Music graduate teaches music at the Orpheus Academy of Music in Austin where he compiles, choreographs and performs his one-of-a-kind multimedia artistic presentations combining classical music, dance and images to tell a story.

He brought one such recital, “Fantasies & Illusions,” to Texas Tech in October. The show, which he's presented at several facilities throughout the country, included works by Rachmaninoff, Beethoven, Chopin, Gershwin, Bolcom, Beach and Pine Top Smith. It also combined ballet, contemporary and jazz dance from Russian dancer Yelena Konetchy and included images projected on the screen behind the stage. Zapata said one of the numbers actually told the story of Konetchy growing from a child into old age. The show is for all types of audiences.

“It is a mix,” Zapata said. “I think on one side are people who don't appreciate classical music, but because of the visuals, images and dance, then all of a sudden they say, ‘I want to watch this.' One side is trying to open the doors to people who don't have access to classical music. More important is trying to touch people. We're in this world where everything is a rush, everything is on a conveyor belt, you're waking up, you're doing stuff, you're going to bed.

Zapata was working on his master's degree at Penn State when his adviser told him about Texas Tech's interdisciplinary doctoral program that would allow him to combine his passions. He came to Lubbock in 2001 and started his work.

“Unlike many students who enter our unique doctorate in fine arts program, Eugenio was not being introduced to interdisciplinarity for the first time,” said music professor William Westney, Zapata's dissertation adviser. “On the contrary, he already had an extensive background in dance and theatre in addition to his concentration on classical piano performance, and he was eager to find ways to combine all the arts in meaningful ways. He came to Texas Tech specifically because of his passion for interdisciplinary possibilities – not only for performance and perhaps even more strongly for teaching. He really wants students of all ages to connect with the ‘artist within' through creating interdisciplinary pieces with music at the heart.”

It wasn't just music and dance that filled his background and colored his work. When the Colombian native arrived at Penn State in his late 20s, his adviser handed him a key and took Zapata to a studio. Instead of a desk, he had a grand piano. Zapata turned to his adviser and asked with how many other graduates he'd be sharing the studio and the beautiful piano in front of him. When he was told it was solely for his use, he was temporarily overwhelmed.

“I remember when I came to Penn State I had never played on a grand piano because we didn't have one in my music school,” he said.

He learned to play on a piano that had no keys and the pedals didn't work. His teachers told him to imagine the sound.

“I've always tried to make the best of opportunities that have come my way because I really know those who don't have them,” he said.

Poverty, inequality, a lack of opportunity all have a role in his shows. He's not exactly trying to send a political message, but he doesn't shy away from hard issues either.

“Social justice is a reiterant theme in my shows,” he said. “I'm aware of it probably more than people who haven't had to be confronted with it.”

After graduating from Texas Tech with a doctorate in 2004, Zapata took an assistant professorship at a college in South Dakota, where he was “practically the only pianist in the area.” He enjoyed the work but found the situation to be culturally isolating, so when a teaching opportunity arose at the Orpheus Academy in Austin, he took the chance to come back to the Lone Star State. 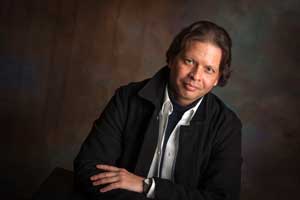 “I think as I get older I try to balance things in terms of what's really important and not necessarily what will give me prestige and pay,” Zapata said. “I chose happiness.”

Now he balances a full-time teaching job with planning, producing and performing his complex recitals, each of which take close to a year to put together. He does the choreography, musical arrangement and much of the other production himself.

“The fact that Eugenio does his own video editing, his own choreography and then appears on stage as the performing pianist in the live performance – this is truly remarkable,” Westney said. “It gives a unity and flexibility to his vision that makes each of his creations unique, personal and memorable.”

Like many performers, Zapata once dreamed of the big stage, of playing his music for an adoring audience numbering in the thousands and making internationally best-selling records. Now he sees his legacy coming from somewhere else.

“I can see the possibilities of these kids, that they grow up with it and it becomes a part of their nature,” Zapata said. “Hopefully one of them can take this to the next level. Then I've passed on something.”

He hopes the people who see and hear his performances also make his message, coming in a unique, vibrant, beautiful form, part of their nature.

“If you see something, if you're compelled to do it, then you have to do it, you have to find a way,” Zapata said. “I'm still kind of a weird creature among pianists, among artists, among dancers, and that's OK. Somebody's got to be the weird guy to open the doors for us.”

Getting to Know
Eugenio Zapata

My favorite memory is my piano professor, William Westney. He always believed in me and supported me through my studies and beyond. I'll be forever grateful.

I think the lighting at the main entrance during the holidays was always a beautiful place.

My favorite is the choir singing outside during the Carol of Lights.

What is your favorite Texas Tech item that you own?

I don't own any particular item but I treasure the experiences.