Katharine Hayhoe was honored for her work in education and climate change. 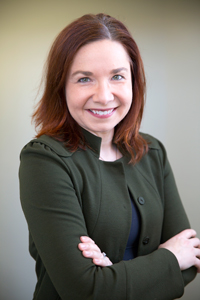 A Texas Tech University climate scientist has been named by editors of Foreign Policy magazine as one of the publication's 100 Leading Global Thinkers of 2014.

Katharine Hayhoe, director of the university's Climate Science Center, will receive the award today (Nov. 17) during an event in Washington, D.C., and will be featured in the magazine and on the publication's website. Earlier this year, she was named to the 2014 TIME 100, the annual list of the most influential people in the world.

“I am honored to be named to a list that has always included so many outstanding leaders in the fields of climate science and sustainability,” Hayhoe said. “We need global thinkers from every continent and field of study to help us prepare for a changing climate, and to develop the technological and policy innovations we need to leave behind the outdated and polluting sources of energy that are causing this problem.”

Each autumn, Foreign Policy's editors make a list of people who, during that year, made a measurable difference in politics, business, technology, the arts, science and other areas. After compiling thousands of names, they hash out the list. Hayhoe was named to a category called “The Naturals," which includes people who help others become better stewards of the planet.

This year's issue focuses on the events that disrupted the global order – for better or for worse. In a year when Russia annexed Crimea and the Islamic State redefined the very nature of terrorism, a group of Indian scientists and engineers also showed the world how to send a spacecraft to Mars on a budget, and a Japanese naturalist demonstrated how trees could be used to mitigate the worst consequences of climate change. In this issue Foreign Policy celebrates those who have meaningfully contributed to improving the global community, and acknowledge the impact of those who have disrupted it.

Hayhoe's research focuses on assessing the impacts of climate change at the regional-to-local scale and translating this science into input for relevant, informed policy. In addition to helping cities, states and federal agencies throughout the country prepare for a changing climate, she is also a principal investigator for the Department of Interior's South-Central Climate Science Center, whose goal is to provide resource managers with the tools and information they need to address the impacts of climate change.

Her outreach includes sharing the relevance of climate change with those affected by it here in the United States and around the world. Particularly, she is concerned with highlighting the plight of the poor and vulnerable, who will be disproportionately affected by a changing climate.

Foreign Policy is the leading international source for global news, providing an evolving network of world-leading insights and analysis coupled with rapidly expanding original reporting. It is published bimonthly in print and daily online by the Slate Group, a division of the Washington Post Co.