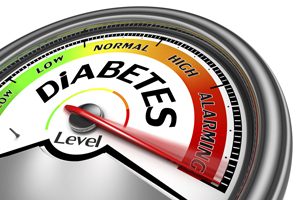 The number of Americans with diabetes has more than tripled.

Over the last three decades, the number of Americans with diabetes has more than tripled. One in three American adults has prediabetes. About one in 10 Texans has diabetes.

The numbers, compiled by the Centers for Disease Control and Prevention, paint a scary picture. Amongst all that bad news, however, is some good news. Jamie Cooper, an assistant professor of nutrition in the College of Human Sciences at Texas Tech University, answered questions about how healthy eating habits and regular exercise can not only control Type 2 diabetes, which accounts for between 90 and 95 percent of diabetes cases in the United States, but also reverse the condition.

What are some of the myths and misconceptions people have about the relationship between nutrition and diabetes?

People have the misconception that diabetes can't be treated, that once you're diabetic, you're diabetic for life, and that's not the case for Type 2 diabetes. There are a few exceptions, but most people can actually reverse it.

Also, in terms of nutrition, most people think it's a problem with sugar. Once you have Type 2 diabetes, sugar in your diet and total carbohydrate intake becomes a problem, but eating too much sugar is not what causes Type 2 diabetes. A lack of exercise, poor nutrition and too many calories consumed leading to people becoming overweight is what causes diabetes.

Can Type 2 diabetes be cured through substantial weight loss? 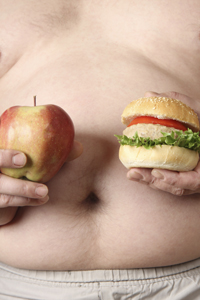 Weight loss, exercise and a healthy diet can reverse Type 2 diabetes for nearly all people.

In most cases, yes. People have the misconception that once you're diagnosed with diabetes you have it for the rest of your life, but that's not true. For nearly all people, it can be reversed. They have to lose weight, start exercising and eat a healthy diet, but if they do that, they can completely get rid of Type 2 diabetes.

Other important nutritional concerns if you are trying to treat diabetes are to increase fiber intake and decrease the amount of total dietary fat and certain unhealthy fats (such as saturated and trans fats) in the diet.

How long does successful reversal take?

How long treatment takes is dependent on the person, how long they've had Type 2 diabetes and the severity of it. For a very, very small percentage of people, diet and exercise don't work, so they may not be able to completely reverse the disease.

But as soon as people start losing weight, they will start to see that improvement, and if they exercise while losing weight it will happen that much faster. The human body actually responds pretty quickly. We're not talking 5-10 years. Within couple of months you can actually see improvement. 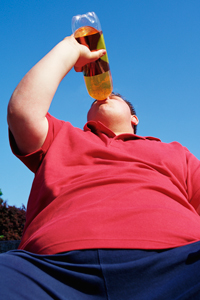 Sugary drinks can send blood sugar soaring, but even too many carbs can have the same effect.

When you're talking about management, sugars and total carbohydrate content will aggravate diabetes. Both types of diabetes can be aggravated by eating a lot of sugar. If you go out and drink a can of Coke, that's not going to help your blood sugar level at all. Sugars aren't the only concern, though. Complex carbs, such as starchy foods like bread, cereal, rice, tortillas and pasta, all get broken down into simple sugars in the body, so too many of those complex carbs will lead to elevated blood sugar levels, which further aggravates diabetes.

Should a diabetic avoid all sugar and carbohydrates?

No. All carbs and sugar don't need to be avoided. In fact, the body actually needs some carbohydrates, so Type 2 diabetics should not avoid carbohydrates. It's also nearly impossible to actually eliminate carbs from the diet. They want to avoid eating a lot of carbohydrates at one meal or throughout the day, and they want to minimize the amount of simple sugars they're eating.

Can Type 1 diabetes be controlled by diet?

No. The beta cells of the pancreas just don't produce enough insulin. They can manage their diabetes better by being careful about what they're eating, but they have to take insulin because their body just doesn't produce enough of it.

Type 1 diabetics typically end up on a pretty regimented diet. They know if they eat this many carbohydrates they have to take this much insulin afterwards. They're usually pretty good about following a regular diet and not making huge adjustments. 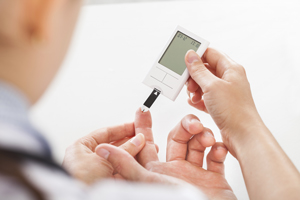 Type 1 diabetes is a condition where the pancreas does not produce enough insulin. Diet will not cure Type 1 diabetes, but monitoring food intake is required to manage the symptoms.

How do artificial sweeteners play into a diabetes-friendly diet?

On the flip side, if you're telling someone to drink Diet Coke instead of a regular Coke, you'd be hard-pressed to say the regular Coke is better with all that sugar instead of the Diet Coke with artificial sweeteners.

Does alcohol play a role in diabetes?

Gaining weight is a major contributor to the development of Type 2 diabetes, so if you're consuming too much alcohol, too much sugar, too many carbohydrates, too much anything, it can contribute to that.

Can low-carb, high-protein diets prevent or lessen the effects of diabetes?

Really low carbohydrate diets are generally not healthy, so they're not recommended. Once people have Type 2 diabetes they do tend to go on lower carbohydrate diet than what's recommended for the general public, but not extremely low carb. They should cut back on amount of carbohydrates in their diet, especially simple sugars. That's a management tool to help control blood glucose levels.

Type 1 diabetics are able to give themselves right amount of insulin based on what they just had at their last meal, so a lot of times people with Type 1 diabetes don't have to go on low carb diets. They just know how to manage blood glucose levels with insulin injections. 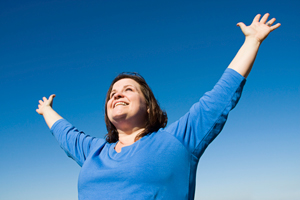 What are the best exercise routines for those looking to prevent or lessen the effects of diabetes?

It's important that whatever they're doing, the intensity is high enough. Just going out and walking, which is the most common form of physical activity in the country, is not as beneficial as is somebody who is exercising a little bit harder. A person should exercise to the point when they're breathing a little bit harder and sweating a little bit – then they know they're working more intensely.

The type of exercise really doesn't matter as long as they're moving and getting some exercise in regularly. We just published a study on Zumba® dance intervention that we did on Type 2 diabetic population. We were looking for ways for people with diabetes to exercise regularly and enjoy it. Finding something they enjoy and are motivated to do is probably more important than the specific type of exercise to treat diabetes. The reason for this is that exercise needs to be done regularly and long-term. It's not something you just do once a month or for a couple of weeks and quit. It has to be something you adapt into your new, healthier lifestyle and do on a regular basis.

How do Type 1 and Type 2 diabetes differ?

What does insulin do?

Insulin, which is a hormone, is produced in the pancreas and is used to move blood glucose through the blood to the cells, which then convert the sugar into energy.

Simple sugar is table sugar or added sugar in the ingredients label. It's in soft drinks, candy, cookies or any sweet treat.

Complex carbohydrates include pasta, bread, rice and potatoes. They are healthier choices than simple sugars but can still raise blood glucose levels and should be eaten in small amounts.